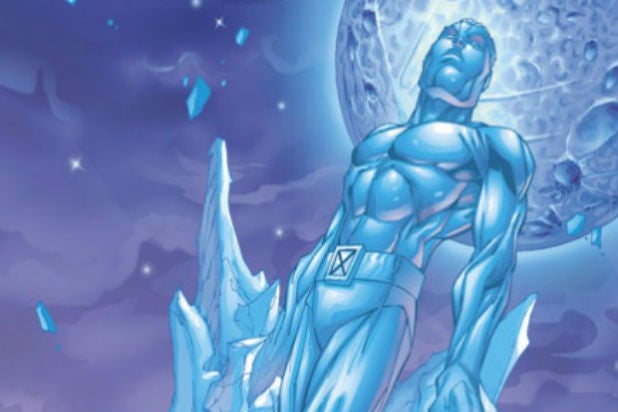 Bobby “Iceman” comes out as gay in leaked panels from the next issue of “All New X-Men.”

In the exchange between a teenage version of and fellow mutant Jean Grey, suggests that maybe he is bisexual. Grey, a telepath who has read his mind, says that is a possibility, but says, “But I think you’re more — full gay.” responds, “Yeah … I know.”

The images first appeared on 4chan, an imageboard website. Series author Michael Bendis seemed to confirm the panels authenticity in a tweet, which can be seen below.

i swear on my dogs, i wanted the issue to come out and just be. no press. no sensational headlines. no leaks. oh, well…

Shawn Ashmore, who played the character in “X-Men,” “X2,” “X-Men: Last Stand,” and “X-Men: Days of Future Past,” celebrated the news by tweeting simply “Congrats Bobby! :)”

Iceman is one of the original X-Men, appearing in the very first issue of the comic in 1963. As his name suggests he has the power of cryokinesis, meaning he can create and manipulate water vapor in the air to create ice.

Also Read: Lucas Till Will Return as Havok in 'X-Men: Apocalypse'

See all of the leaked panels below.