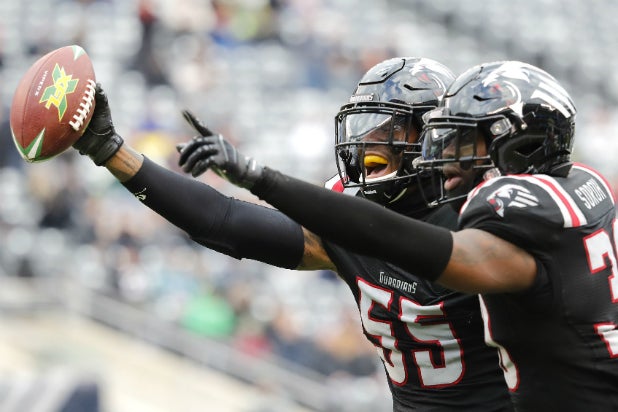 We’ll have to wait a little longer for the new (again) version of the XFL under owner Dwayne “The Rock” Johnson. The professional football league announced Wednesday that its coming re-re-launch in spring of 2022 is “on hold” as the XFL tries to work out a partnership with the Canadian Football League.

Earlier on Wednesday, the XFL and CFL confirmed they were in talks on some sort of partnership, though its exact nature is unclear.

“Since we first acquired the XFL, we have focused on identifying partners who share our vision and values on and off the field. A vision filled with opportunity, innovation and the highest level of entertainment value for the benefit of our athletes, fans and communities,” Dany Garcia, XFL chairwoman and owner, said. “The CFL has expressed that similar sentiment and jointly we recognize a great opportunity to build exciting innovative football experiences that make the most of each league’s unique strengths. I look forward to our continued discussions and we will update the sports community as we have more to share.”

The XFL filed for Chapter 11 bankruptcy last April, after shutting down amid the pandemic and laying off its employees. In a Delaware bankruptcy court filing, the XFL listed between $10 million and $50 million in debts and an equal amount in assets. Johnson then bought the league, along with Dany Garcia and Gerry Cardinale’s RedBird Capital Partners, for $15 million, planning a 2022 return.

The league’s return in early 2020 actually got off to a good start last February, averaging more than 3 million viewers across its opening weekend. But ratings tapered off in the following weeks. On March 20, the XFL ended its season early amid the spread of COVID-19.

XFL founder Vince McMahon announced the the league’s relaunch back in January 2018, promising a “fan-centric, innovative experience” that includes “shorter, fast-paced games and a family-friendly environment.” The first edition of the XFL was a disaster for McMahon and NBC, which aired the league’s only season in 2001. The original league was beset by poor play and even worse TV ratings — in 2001, NBC did not yet have “Sunday Night Football,” which aired on ESPN at the time.

See the XFL’s Wednesday statement in the tweets below.

An update on the 2022 Season: pic.twitter.com/AnTvrKZd24