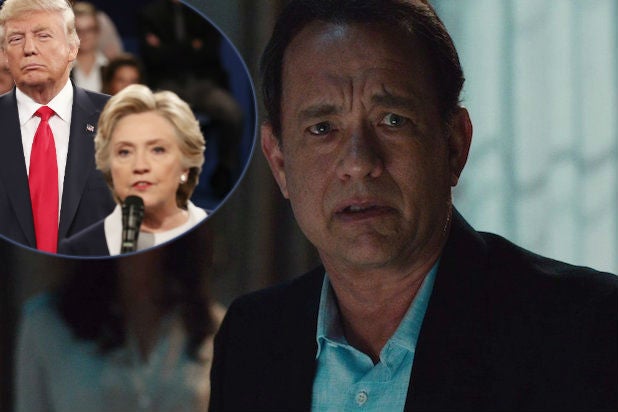 Movie studios have been spending more on TV ads during the presidential debates than any other industry.

For the first two debates in which Hillary Clinton and Donald Trump faced off, the film industry was the top spender on the top four networks, according to iSpot.tv, which tracks TV advertising in real time.

Of course, the debates themselves are commercial free, but movie studios paid more to run their TV ads during pre- and post-debate coverage on ABC, NBC, CBS and Fox than did car companies, such as top spender Audi.

When iSpot.tv analyzed the commercial breaks leading up to and directly after both both presidential debates, they found the movie industry accounted for 40 percent of the estimated spend on the major broadcast networks (see chart below).

The primetime airings were by far the most of any industry and outpaced even network show promos during the coveted slots. 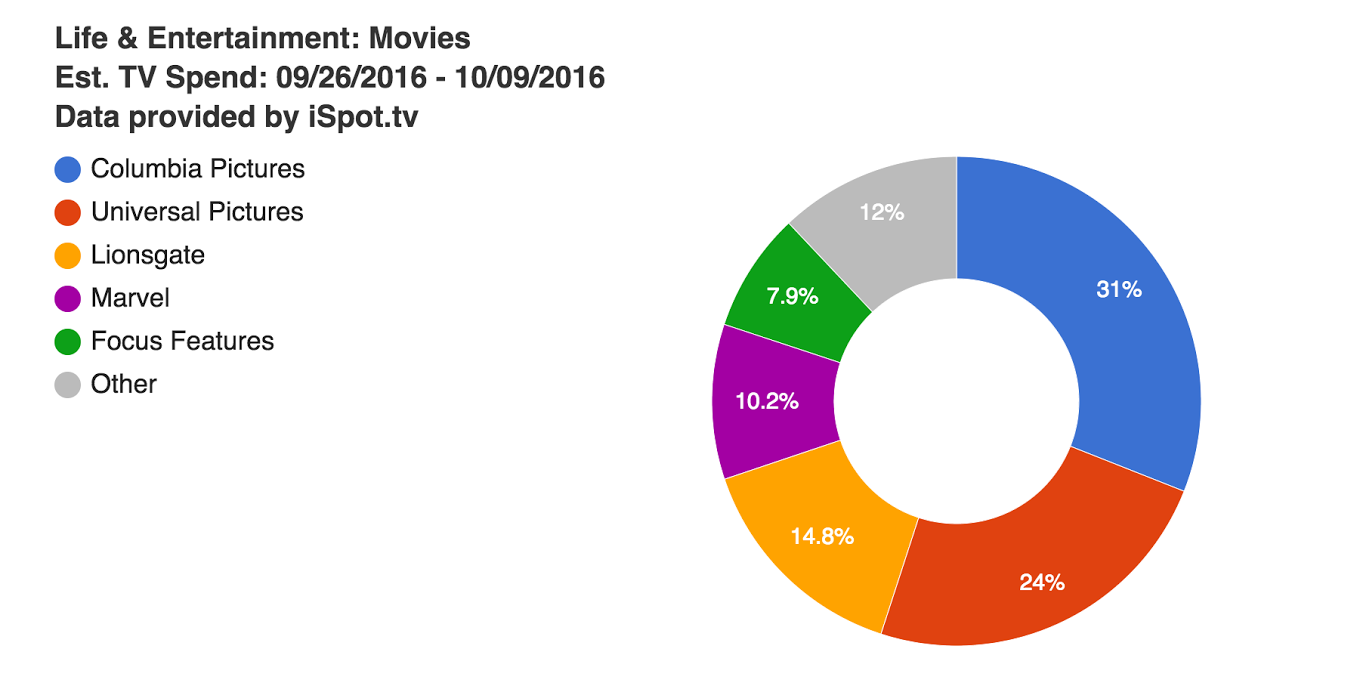 Movie studios concentrated on NBC’s audience the most during the first debate, iSpot figures also reflect.

But this comes as no huge surprise to iSpot.tv analyst Jason Damata. “The movie industry is constantly one of the biggest supporters of TV advertising,” he told TheWrap.

Representing some rare insight from under the hood of a studio’s marketing arm (as studio’s tend to keep strategies and budgets under lock and key), TheWrap has learned that Sony’s Columbia Pictures decided to capitalize off the buzz from another studio’s movie during the first presidential debate late last month.

Just as the prospect of Clinton battling it out with Trump was of high interest among people across many different demographics, including young people, Tom Hanks was in the cultural zeitgeist with the success of Warner Bros. and Village Roadshow drama “Sully.” With those two things in mind, Sony marketers acted quickly to promote their upcoming Hanks-starring “The Da Vinci Code” sequel, “Inferno,” running a television ad campaign during the first of the three scheduled presidential debates.

Sony had what’s considered a roadblock on all seven networks — ABC, CBS, NBC, Fox, Fox News, MSNBC and CNN. What that means is the ads ran simultaneously — so that no matter which channel viewers turned to at the set time of the ad, they were going to see the “Inferno” spot no matter what.

The only other live events that capture more eyeballs as the Sept. 26 presidential debate are the Super Bowl and the Olympics, according to multiple sources who spoke with TheWrap. In other words, the money was well spent.

Over the course of both presidential debates so far, Sony has been a top spender, along with Universal, which has promoted “The Girl on the Train” during both debates, iSpot.tv reported. Those two studios were among the top five brands spending money on TV spots on the top four networks — just behind both Audi and Adidas, and ahead of Pfizer.

When it comes to cable TV, CNN ran more movie spots than ads from any other industry during its show “Debate Night in America.” The cable network had the most viewers for Sunday’s debate, alone, making it prime real estate for TV advertisers.

During the first two debates, Columbia Pictures, Universal, Disney, Focus Features, and Bleecker Street were the studios peddling their respective titles on CNN: “Inferno,” “The Girl on the Train,” “Queen of Katwe,” “Loving” and “Denial.”

“Television is still a powerful medium for movie titles,” said Damata. “Movie studios have a codependency for TV advertising time.”