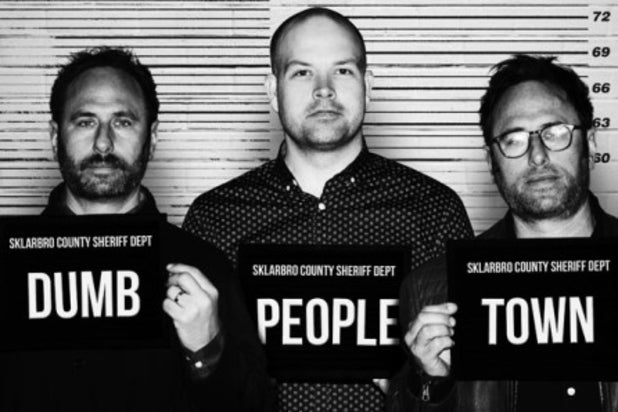 YouTube has given a presentation order to “Dumb People Town,” a 30-minute animation based on the podcast by the same name created by Randy Sklar, Jason Sklar and Daniel Van Kirk.

The new comedy series centers on a family in a Florida town that is, as described by YouTube, “struggling with the most important question of our times: Is it better to be dumb and happy? Or smart and miserable?”

The animation will be written by and executive produced by Randy and Jason Sklar, Van Kirk and Julius Sharpe (“Making History,” “Family Guy”).  Will Arnett and Marc Forman will executive produce through their Electric Avenue banner, along with Peter Principato and Joel Zadak producing through Artists First.

The Sklar Brothers are twin comedians and actors who previously hosted “Cheap Seats,” which ran on ESPN Classic from 2004-2006. In 2017, the brothers created “Dumb People Town” under Starburns Audio, a podcasting network created by Starburns Industries, the production studio behind “Rick and Morty,” HBO’s “Animals,” and the Academy Award-nominated “Anomalisa.”

“Dumb People Down” is part of YouTube’s push into adult-centered animated comedies and follows the announcement of “Dallas and Robo,” an animated space adventure featuring the voice of WWE Superstar John Cena.

10 Crazy Cat Ladies in Movies and TV, From 'Alien' to 'The Office' (Photos)

You know the type. Lonely old woman, cluttered household, sheltered from society, and her only friends in the world are her numerous cats roaming around her house. It's the "crazy cat lady." Weirdly, it's not a pop culture trope for men, even though they're often equally obsessed with cats as women. Just look at the James Bond villain Blofeld, Don Corleone or Robert De Niro in "Meet the Parents." Still, the crazy cat lady stereotype persists, often with hilarious results. And because June is National Adopt-a-Cat Month, TheWrap decided to look at some of the most famous crazy cat ladies in movies and TV. It's about to get furry.