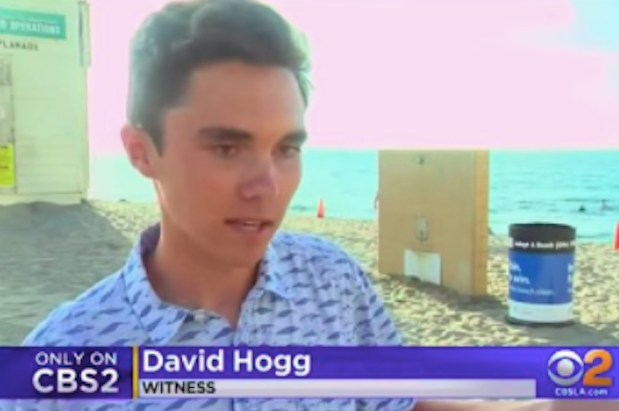 YouTube has issued a mea culpa, saying a video that accused a survivor of the deadly Florida school shooting last week was a paid actor should “never have appeared” at the top of its Trending videos section.

The video was pulled on Wednesday morning after grabbing a few hundred thousand views.

“This video should never have appeared in Trending,”a YouTube spokesperson told TheWrap. “Because the video contained footage from an authoritative news source, our system misclassified it. As soon as we became aware of the video, we removed it from Trending and from YouTube for violating our policies. We are working to improve our systems moving forward.”

The video lifted an interview from last year of David Hogg, a student at Marjory Stoneman Douglas High School, who has vocally called for stricter gun laws after 17 of his peers and teachers were killed last week. The old clip being circulated is from a CBS Los Angeles segment in which Hogg appeared, after an altercation with a lifeguard. Conspiracy theorists have pointed to Hogg’s multiple appearances as evidence that he’s a “crisis actor,” brought in to comment after a tragedy.

This is how absurd, gaslighting "crisis actor" theories go viral.

This is one person, two posts.

Imagine the millions and millions of people crackpot theories like this are reaching and influencing. pic.twitter.com/VU7cKCJhXq

Hogg has become a target of skeptics in the last week, who have pointed to his dad being a former FBI agent as a sign he’s being used to push a “deep state” agenda against guns. He even addressed the accusations on Anderson Cooper’s CNN show on Tuesday, saying he’s “not acting on anybody’s behalf.”

“I’m not a crisis actor,” the 17-year-old told Cooper. “I’m someone who had to witness this and live through this and I continue to be having to do that.”