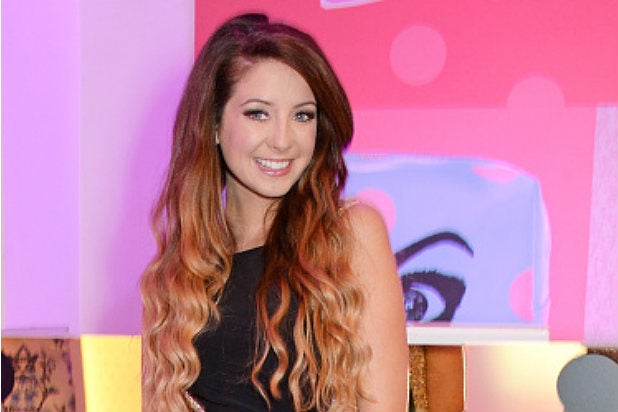 Zoella is apparently as popular on the bookshelves as she is online.

The YouTube sensation, also known as Zoe Sugg, sold  78,109 copies of her debut novel, “Girl Online,” in its first week of release, the Telegraph reports.

That number represents the highest first-week sales for a first-time author on record, or at least since Nielsen BookScan first began keeping tabs of sales in 1998.

It also puts “Girl Online” well ahead of the first-week sales of J.K. Rowling‘s “Harry Potter and the Philosopher’s Stone,” published in 1997.

“Girl Online,” published Nov. 25 under the Simon & Schuster imprint Keywords Press, is billed as a “coming-of-age novel that perfectly captures what it means to grow up and fall in love in today’s digital world.”

Zoella, 24, became a YouTube hit with her fashion and beauty videos. Her YouTube channel, has amassed more than 6.5 million subscribers with more than 300 million views.

Of course, the comparison to Rowling’s novel is a bit apples-to-hand grenades; “Philosopher’s Stone” received an exceedingly modest initial run of 1,000 copies, half of which were distributed to libraries. And since then, Rowling has sold more than 400 million copies of her “Harry Potter” book series, so Sugg  has a way to go before she catches up.

But the robust first-week sales of “Girl Online” are, if nothing else, a testament to the power of YouTube celebrity. Now where did I put that webcam?