Zac Brown announced Tuesday that his band is hitting pause on their national tour after the lead singer tested positive for COVID-19.

“I have made the very difficult decision to pause Zac Brown Band’s ‘The Comeback Tour,'” he wrote to the band’s nearly 900,000 Instagram followers. “Despite taking precautions, I’ve tested positive for COVID-19. I am deeply disappointed this has happened, as touring is our life and performing live for our fans is the best part of our job.”

Brown promised that the tour would resume “as soon as I have finished the CDC-mandated quarantine and it is safe for our band members and crew to do so.” He did not say if he has been vaccinated, or if any of his band members or tour personnel had tested positive.

“The Comeback Tour” will pick back up in Jacksonville, Florida on Oct. 8, a spokesperson for the Zac Brown Band confirmed to TheWrap. It will conclude in Nashville on Oct. 17.

“The Comeback Tour” precedes their upcoming album of the same name, which is set for an October 15 release. The Grammy-winning, Atlanta-based band’s last album, “The Owl,” premiered in 2019. “The Comeback” will mark their seventh studio album.

According to the band’s website, their next four shows – in Michigan, Pennsylvania and New York – have been canceled to allow enough time for Brown’s full recovery. Refunds are available for all four of them.

In his post, Brown thanked his fans for their compassion “as well as everyone on the front lines who can’t stay at home because their work is essential.” In a nod to the tour itself, Brown ended his message on a hopeful note: “Nothing’s better than the comeback.” 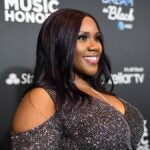