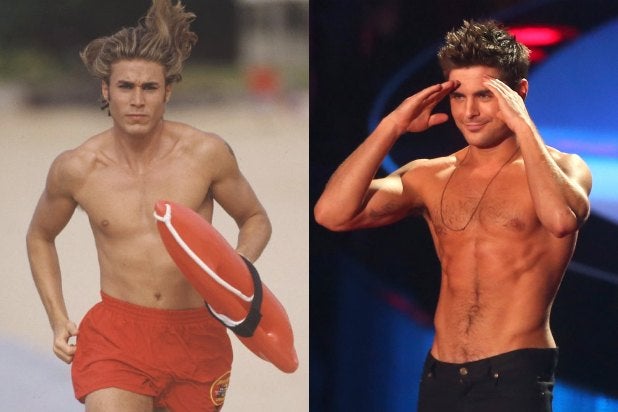 Zac Efron is in negotiations to join Dwayne Johnson in Paramount’s “Baywatch,” an individual familiar with the project told TheWrap.

The film will be a big-screen adaptation of the hit TV series, which ran from 1989 to 2001 starring David Hasselhoff and Pamela Anderson.

In recent weeks, Seth Gordon (“Horrible Bosses”) was added as director. Production is aiming to start in early 2016.

Damian Shannon and Mark Swift wrote the most recent draft of the screenplay, while Beau Flynn and Ivan Reitman are producing.

Efron has been busy recently, starring in four upcoming films “We Are Your Friends,” “Neighbors 2,” “Dirty Grandpa” and “Mike and Dave Need Wedding Dates.”

He is represented by CAA, Alchemy Entertainment and Felker Toczek.