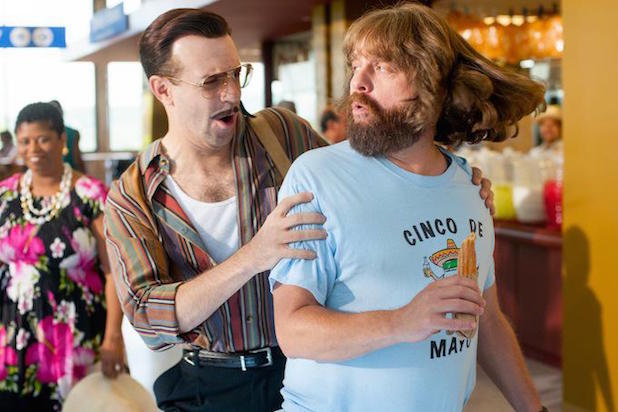 Relativity Media unveiled the first trailer for its all-star comedy “Masterminds” on Comedy Central during the network’s “Roast of Justin Bieber” broadcast on Monday night.

Based on a true story, “Masterminds” stars Zach Galifianakis and Owen Wilson as two guys who rob an armored car. Kristen Wiig co-stars alongside her fellow “SNL” alum Jason Sudeikis.

Jared Hess directed the comedy, which Relativity will release on Aug. 7.

Watch the trailer below for an easy laugh, and let us know how you think it looks in the comments section.