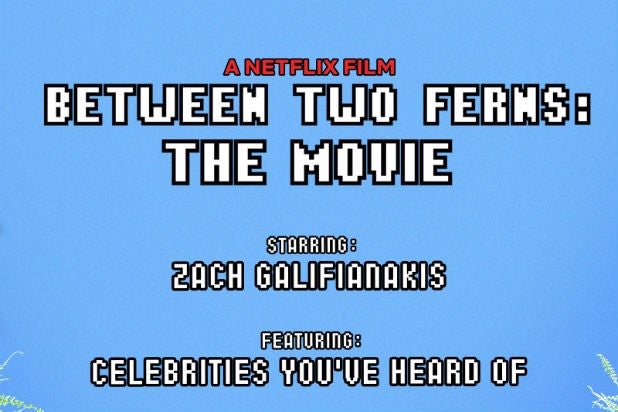 Zach Galifianakis’ Funny or Die series “Between Two Ferns” will soon be a movie, with a global release on Netflix on Sept. 20.

“Between Two Ferns: The Movie” is directed by co-creator Scott Aukerman, who co-wrote with Galifianakis. For the uninitiated, “Between Two Ferns” features Galifianakis on a comically low-budget set as he conducts awkward, often combative interviews (full of factual errors) with famous people. Notable guests have included Brad Pitt, Jon Hamm, Hillary Clinton, and then-President Barack Obama, among others.

Created by Aukerman and Galifianakis, the show debuted on Funny or Die in 2008. Twenty-one episodes have been produced, as well as a 2012 Comedy Central special.

Per the official logline, in the movie version, “Zach Galifianakis dreamed of becoming a star. But when Will Ferrell discovered his public access TV show ‘Between Two Ferns’ and uploaded it to Funny Or Die, Zach became a viral laughing stock. Now Zach and his crew are taking a road trip to complete a series of high-profile celebrity interviews and restore his reputation. Directed by Scott Aukerman, ‘Between Two Ferns: The Movie’ is a laugh-out-loud comedy that gives new insight into the curmudgeonly, beloved outsider Zach Galifianakis has created over the years.”

Aukerman and Galifianakis produced “Between Two Ferns: The Movie” alongside Funny Or Die’s Caitlin Daley and Mike Farah.