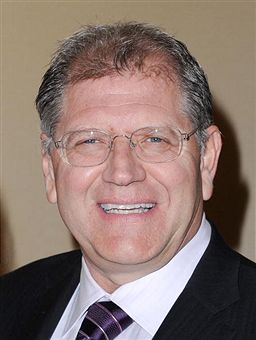 The book is set in the near future, where families have been forced to live on the ocean floor due to rising ocean levels and other natural catastrophes. The story follows an underwater teenage boy with sea creature-like superpowers who teams up with a girl from the surface to uncover a government conspiracy.

It has yet to be determined whether the film will be produced using the performance-capture process Zemeckis has employed on "The Polar Express," "Beowulf" and "A Christmas Carol," but as a longtime fan of the filmmaker, I’m hoping he returns to live-action filmmaking with this project.

I appreciate that Zemeckis wants to continue pushing the boundaries of movie technology (as he did with 1988’s "Who Framed Roger Rabbit"), I just don’t understand his fascination with motion-capture.

I’m sure I’d be singing a different tune if I loved those three literary adaptations, but I just didn’t fall for them to the same extent I did "Back to the Future" and "Forrest Gump." (I actually saw "The Polar Express" twice in theaters — the snow was gorgeous.)

Obviously, Zemeckis can’t be expected to hit a home run every time at bat, but I don’t think I’m being unreasonable by asking what was wrong with the spellbinding drama the director fashioned out of the relationship between Tom Hanks and a volleyball in "Cast Away," or the spine-tingling chills he delivered in the thriller "What Lies Beneath."

"Dark Life" sounds like a very cool idea, and one I hope Zemeckis follows through with after his proposed  3D motion-capture remake of The Beatles’ "Yellow Submarine," starring Cary Elwes as George Harrison, Dean Lennox Kelly as John Lennon, Peter Serafinowicz as Paul McCartney and Adam Campbell as Ringo Starr.

Falls, by the way, is a professor in the graduate screenwriting professor at Northwestern University, so the next time you’re sitting in class thinking "those who can’t do teach," think again. Scholastic will publish his novel in May and will likely publish any future installments in the series.

Zemeckis and his ImageMovers partners Jack Rapke and Steve Starkey will produce the film alongside Ellen Goldsmith-Vein and Lee Stollman of The Gotham Group.