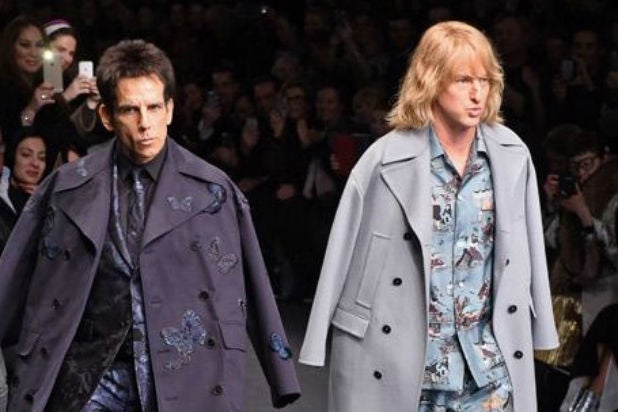 Zoolander and Hansel, they are so hot right now.

The two fashion models, played by Ben Stiller and Owen Wilson, took a break from filming “Zoolander 2” in Rome in order to walk the runway at Paris Fashion Week.

The pair strutted their stuff during Valentino’s show. Their entrance was preceded by classical music before “Don’t You Want Me” by The Human League played.

After the left-turn free appearance, Paramount announced that the film is slated for a February 12, 2016 release.

Keep scrolling to see pictures and reactions from the runway.

Backstage with #DerekZoolander, Hansel and Anna Wintour #Zoolander2 #linkinbio A photo posted by Valentino (@maisonvalentino) on Mar 10, 2015 at 7:28am PDT

Ok so this was a surprise! Owen wilson and Ben stiller close the Valentino show !! #zoolander #bluesteel https://t.co/9rK7tJrCRZ

For the record: A previous version of this post misidentified location of Fashion Week. TheWrap regrets the error.