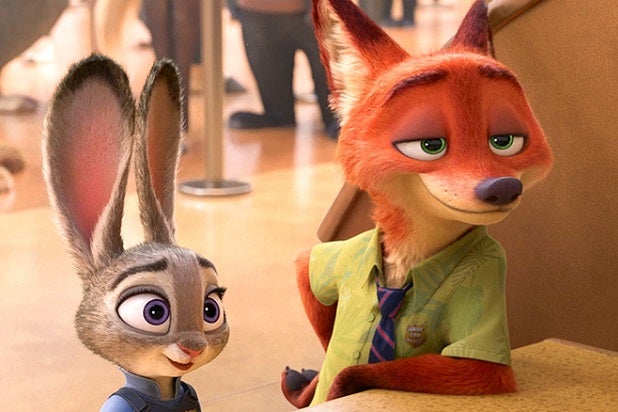 Disney Animation’s “Zootopia” is off to a roaring start at the overseas box office, but so far Fox’s “Deadpool” is matching it blow-for-blow abroad. Next weekend, they’ll go head-to-head at the U.S. box office.

The Ryan Reynolds superhero send-up brought in $40.2 million from 75 foreign markets to claim the No. 1 spot abroad this weekend, while “Zootopia” took in $30 million from 31 territories.

“Deadpool” passed the $600 million mark worldwide over the weekend– it’s at $610 million globally — and foreign returns make up $324 million of that. “Zootopia” has now earned an estimated $81 million internationally.

Sony’s Chinese import “Mei Ren Yu” (The Mermaid) continued to be a juggernaut abroad and added $28 million for the third spot this weekend. That upped its overseas haul to a whopping $487 million, with all but $2 million of that coming from abroad. “Gods of Egypt” was fourth with $24.2 million from 69 markets abroad, on the same weekend it debuted to $14 million in North America.

The “Zootopia” holds have been particularly impressive, reflecting the strong word-of-mouth and critical acclaim that the movie has been receiving. Across the whole international landscape, “Zootopia” dropped by only an estimated 21 percent this weekend, with stand-out territories including Korea (which actually increased by 30 percent), along with France, Italy, Spain, Poland, Chile, Colombia, Mexico and Argentina.