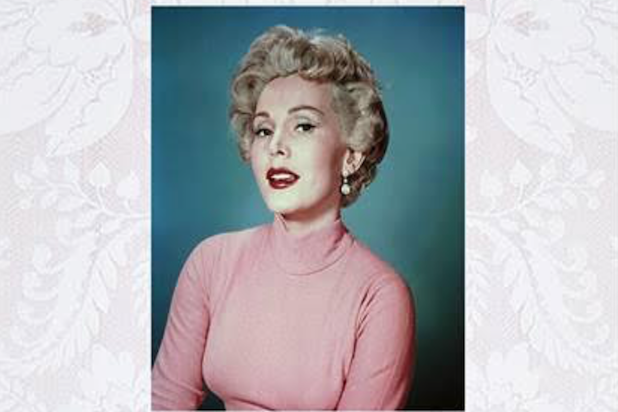 A funeral service planned for Zsa Zsa Gabor by her husband Prince Frederic von Anhalt has distributed a bogus list of celebrity attendees, according to a cease and desist letter sent by the actress’ former publicist, Edward Lozzi.

Plans for what is being billed as a “star-studded memorial tribute” have been circulating, with Ruta Lee, Debbie Reynolds, Kris Jenner, Larry King, George Hamilton, Kathy Hilton, Bob Shapiro, Quincy Jones and “many more” listed as invited guests.

“A false media release is being sent to news agencies and celebrity publicists by the producers of this event containing the names of stars who have no intention of attending due to obvious circumstances,” the letter said.

King, Lee, Reynolds, Barbara Eden, Carol Channing and Hamilton are among the celebrities the letter claims are falsely listed as expected attendees.

The letter also said, “Being planned is a small private alternative memorial for our former client Zsa Zsa Gabor and her real family friends at Westwood Memorial gravesite in the near future after the holidays in January.”

The Hungarian actress and longtime Hollywood socialite died last week at the age of 99. The New York Post recently reported that von Anhalt hoped his wife would live until 100 so he could profit from throwing a massive birthday bash.

Representatives for the von Anhalt event did not immediately respond to TheWrap’s request for comment.

Born Sári Gábor in Budapest, Hungary, Zsa Zsa Gabor was the middle daughter of Jolie and Vilmos Gabor, a soldier. She followed sister Eva to Hollywood (where she starred in the 1960s sitcom “Green Acres”); their other sister, Magda, also became an actress.

Zsa Zsa, however, became more famous for being famous than for her acting. She did some TV roles and landed parts in several films, starting with 1952’s MGM musical “Lovely to Look at.”

She also had numerous guest roles on TV, appearing on shows such as “The Dick Powell Theater,” “Gilligan’s Island,” “Bonanza,” “The Bob Hope Show,” “The Love Boat,” “The Facts of Life” and “The Fresh Prince of Bel-Air.”

She played herself on TV shows ranging from variety programs such as “The Joey Bishop Show” and “Rowan & Martin’s Laugh-In” to comedies like “My Three Sons,” “The Beverly Hillbillies” and “It’s Garry Shandling’s Show.”

Gabor also was famous for her nine marriages, surpassing even the much-married Elizabeth Taylor. She once quipped, “I am a marvelous housekeeper. Every time I leave a man I keep his house.”

Her notable husbands included Conrad Hilton (1942-47), with whom she had her only child, Francesca Hilton (Paris Hilton is Zsa Zsa’s great-niece); actor George Sanders (1949-54), who reportedly inspired Zsa Zsa to become an actress; and her current husband, von Anhalt, to whom she has been married since 1986.