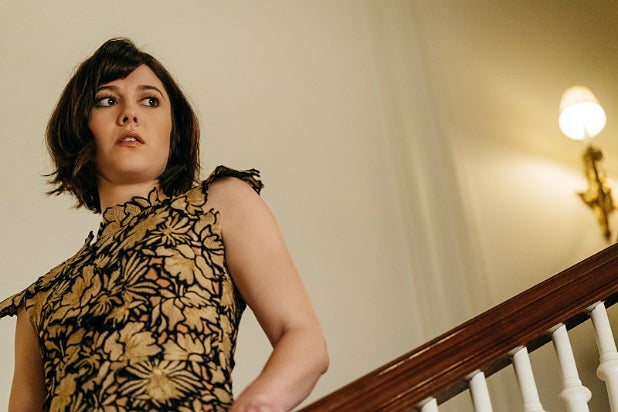 You might think you’re losing your mind in this crazy-crowded political season. To go by the events in “BrainDead,” CBS’ new comic thriller series, you’ve got plenty of company.

The show, from Robert and Michelle King, creators of CBS’ “The Good Wife,” skewers Washington with a charmingly twisted commentary on this election year in particular, and politics in general, balancing humor and dread.

The pilot’s script bears a devious brilliance. A meteor crash lands in Russia (which actually happened in February 2013, as documented in videos seen around the world). It is shipped to Washington for further study.

When the government is shut down by way of interparty wrangling — for which Luke is partly responsible — the meteor is left open and exposed in a government lab. Soon, swarms of ant-like alien creatures are loose in the nation’s capital.

Laurel’s an apt pupil learning the Machiavellian ins and outs of life in D.C., courtesy of her brother and his aides — as well as Republican Sen. Red Wheatus (Tony Shalhoub) and Wheatus aide Gareth Ritter (Aaron Tveit).

But the journalist in her gradually comes to suspect, and then confirm, that an alien infestation is eating into the brains of lawmakers and staffers on Capitol Hill.

If their heads don’t literally explode, they’re turned into the creeping dead. They are outwardly functional but slaves to an otherworldly occupation. (Its presence is announced through a fondness for “You Might Think,” a 1984 song by The Cars). It gets hard to separate the political machinations of partisans from the motivations of the extraterrestrials — one is about as alien as the other.

The first three episodes set the table for the show to go in different directions. You’d have to be, well, brain dead, not to see the romantic relationship emerging between Laurel and Gareth — or the possible one between Laurel and Anthony Onofrio (Charlie Semine), the FBI agent investigating some of the unexplained deaths.

Sometimes the show’s cynicism is too rote by half, as when Wheatus tells a colleague, “What is a Democrat these days? What is a Republican? A brand. You ate Cheerios this morning, you eat Wheat Chex tomorrow.” The pacing in the early episodes can be uneven, and some plot points you see coming from a long way off.

But “BrainDead” is promisingly original, a deft combination of the tropes of a horror movie, the pace of a forensic drama and the barbs of a political satire that’s thoroughly of the moment.

While they wait for the spinoff of “The Good Wife,” fans of the Kings’ smart, funny storytelling are in for a treat. With our presumptively surreal political campaign underway, it takes a real stroke of genius — or madness, or a little of both — to come up with a fresh view of the circus of our national politics.

Even as shows like ABC’s “Scandal” and HBO’s “Veep” have made the pivot to this year’s model of presidential politics, “BrainDead” cleverly ratchets up their level of absurdity. Its very over-the-topness is what makes it so topical.

Given the real events of 2016, how over the top can “BrainDead” be?