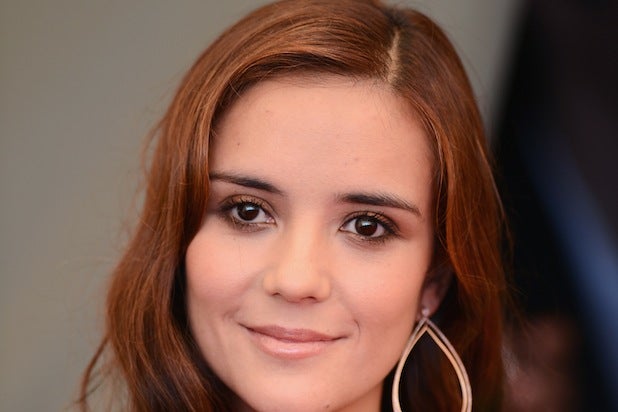 Colombian actress Catalina Sandino Moreno, who earned an Oscar nomination for her performance in “Maria Full of Grace,” is set to star in the historical drama “Castro’s Daughter,” it was announced Saturday by Mankind Entertainment and Smokewood Entertainment Group.

Sarah Siegel-Magness is directing “Castro’s Daughter,” which was written by Oscar winner Bobby Moresco (“Crash”) and acclaimed Cuban playwright Nilo Cruz (“Anna in the Tropics”), who was the first Hispanic to win the Pulitzer Prize for drama.

Sandino Moreno will play Fidel Castro’s exiled daughter Alina Fernandez, who was the result of an extramarital love affair Castro had with wealthy Cuban socialite Natalia “Naty” Revuelta in the 1950s before he took power.

Fernandez grew hidden in Castro’s shadow until the age of ten, when she learned that the man who would visit her during the odd hours of the night, and who she had seen on television giving speeches for hours on end, was her father.

Throughout her adolescence, Fernandez became disenchanted with communism. After years of disagreements with Castro, Fernandez fled Cuba on an airplane disguised as a Spanish tourist. Fernandez now lives in Miami and participates in a national tour sharing her story with student groups at colleges across the nation.

The project was acquired and developed by Mankind Entertainment’s John Martinez O’Felan and Joe Lamy, who will be producing with Siegel-Magness and her husband Gary Magness through their Smokewood Entertainment Group label, which is best known for producing Lee Daniel’s “Precious.”

Producers are tagging the film as “Evita” meets “Argo” as told from the perspective of a woman who overcomes her father’s everlasting grip on her life through her own self-liberation. The film will detail parts of Fernandez’s childhood and her escape, which wasn’t detailed in her book and has yet to be told on film.

Smokewood and Mankind are currently casting and plan to start production in Puerto Rico.

“I am extremely honored to have Catalina Sandino Moreno join our team to bring our film ‘Castro’s Daughter’ to life. She is a beautiful and talented actress with the experience and depth of character to play such an important role,” said Siegel-Magness.

“It is very exciting to see Sarah’s passionate vision come together. Catalina’s performance was remarkable in ‘Maria Full of Grace’ and we think she will empower the character of Alina and deliver the justice the story deserves,” added O’Felan.