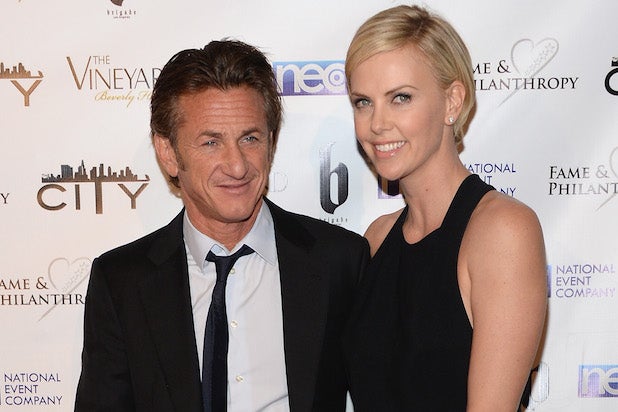 Oscar winner Charlize Theron is in talks to star in “The Last Face,” an African drama that Sean Penn is planning to direct this summer, multiple individuals familiar with the project have told TheWrap.

French actress Adèle Exarchapoulos (“Blue Is the Warmest Color”) is expected to co-star, as she recently told Allocine that she has a “small role in the film.”

A representative for Theron told TheWrap her participation was “premature” several weeks ago and did not respond to multiple requests for comment on Tuesday. A representative for Penn cautioned that the project was still in the early stages of coming together.

According to Exarchapoulos, the story concerns human encounters within the refugee camps in Sudan, Liberia.

Also read: Seth MacFarlane’s ‘A Million Ways to Die in the West’ Trailer Has Death and Blood Aplenty (Video)

South Africa native Theron has recently been linked to Penn romantically and the duo are well known for their humanitarian efforts, so the project would fall in line with their personal interests.

After a pair of 2012 blockbusters in “Prometheus” and “Snow White and the Huntsman,” Theron was sorely-missed from the big screen last year, though she has Seth MacFarlane‘s comedy “A Million Ways to Die in the West” coming out in May. Her other upcoming films include “Mad Max: Fury Road” and the thriller “Dark Places,” which she also produced. She’s repped by WME.

Penn continues to develop the Warner Bros. drama “Crazy For the Storm,” which has Penn’s “Gangster Squad” co-star Josh Brolin attached. He recently appeared in “The Secret Life of Walter Mitty” and will next be seen in “The Gunman.” He’s repped by CAA.