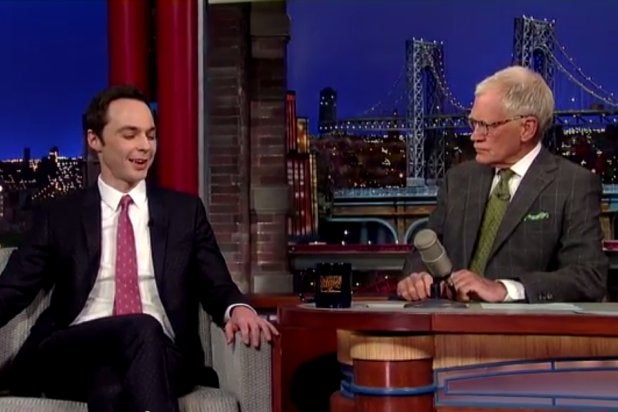 Jim Parsons wasn’t nearly as excited as his agent when he first landed his audition for the role of Sheldon Cooper on “The Big Bang Theory.” On “Late Show,” Parsons talked about how his agent called him with the news that this show was the new Chuck Lorre pilot.

“I did not know Chuck Lorre at the time,” Parsons admitted to David Letterman. “I thought he was talking about Chuck Woolery.”

Letterman pointed out that Woolery is perhaps best known as the host of “Love Connection,” to which Parsons responded, “He’ll be back in two and two … with his new script.” It was a nod to Woolery’s famous line said before every commercial break.

Still confused as to who he was going to be auditioning in front of, Parsons couldn’t understand the enthusiasm. “I thought, why are they so excited about it,” he said. “We should see what the man has to offer before we’re like, ‘It’s a new Chuck Woolery pilot!'”

Maybe it helped that Parsons didn’t realize who he would be reading for. After all, Lorre was the man behind TV’s top comedy at the time, “Two and a Half Men.” That could be a little intimidating. Lorre can still claim that top comedy title, though now it’s Parsons and “The Big Bang Theory” with him there.