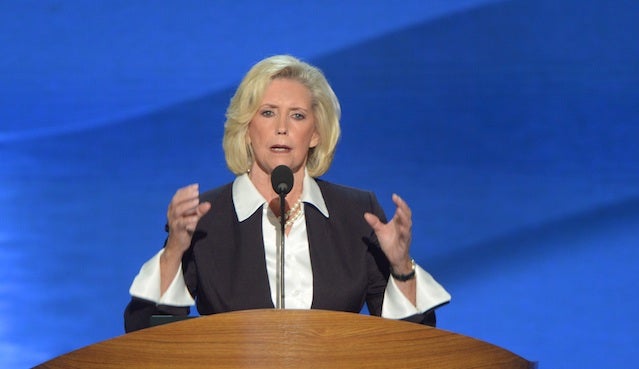 Lilly Ledbetter, the inspiration for President Obama's fair-pay act of 2009, has signed with producer/director Rachel Feldman to film a biopic about her crusade for equal pay for women.

Ledbetter endured more than two decades of sexual harassment and cronyism as she worked her way out of poverty in an Alabama Goodyear factory, only to discover she was paid 40 percent less than her male counterparts. She sued Goodyear for compensation and won $3.8 million in damages but the U.S. Supreme Court overturned that decision on a technicality.

Justice Ruth Bader Ginsburg read her dissent from the bench and urged Congress to address the inequality, spawning Obama's first landmark piece of legislation, the Lilly Ledbetter Fair Pay Restoration Act of 2009. The law states that the 180-day statute of limitations on filing an equal-pay lawsuit over pay discrimination resets with each new paycheck affected by that discriminatory action.

Feldman hopes to establish Ledbetter as the heroine in a film that will echo the traditions of “Erin Brockovich,” “Norma Rae,” “Silkwood,” and “Coal Miner’s Daughter."

"Lilly chose Rachel over many industry heavyweights because of her passion and because she's a filmmaker, not an executive," Jon Goldfarb, the civil rights attorney in charge of Ledbetter's case, said in a statement. "We knew she was a perfect fit because of her own parallel struggles with employment equity for women in Hollywood."

Feldman has previously worked on series and movies for ABC, CBS, FOX, Disney and others. She teaches directing at USC and co-chairs the Women's Steering Committee at the Directors Guild of America.

Feldman was repped in the deal by Ivy Kagan Bierman.