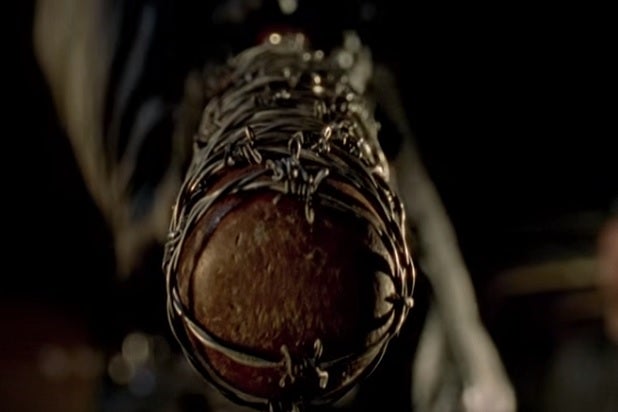 (Spoiler alert: Do not keep reading if you are not caught up on “The Walking Dead”)

“The Walking Dead” could be saying goodbye to two fan favorite characters if a new theory turns out to be true.

Following the release of the first Season 7 trailer and new reports from the set by fan group The Spoiling Dead, it would seem that Negan (Jeffrey Dean Morgan) will be claiming two victims when the show returns this October.

Fans of the comic book series will recall that it was Glenn who gets killed by Negan in Issue 100. Considering that Glenn had a death scare earlier in the season, many speculated the show would deviate from the comics in that regard.

But there has been plenty of foreshadowing in the show regarding Glenn’s death, like the fact he picks up a baseball bat in a Season 5 episode and that he finds pictures of people with their heads smashed during the raid on The Saviors’ compound.

During the show’s San Diego Comic-Con panel, Yeun explained that everything was going “too well” for his character, considering his death in the comics. Shortly thereafter, Cudlitz said that Abraham is doing very well for himself at the moment, referring to his new relationship with Sasha (Sonequa Martin-Green) and that the character finally has hope.

And what does this show do if not give us hope only to snatch it away in horrible, brutal fashion?