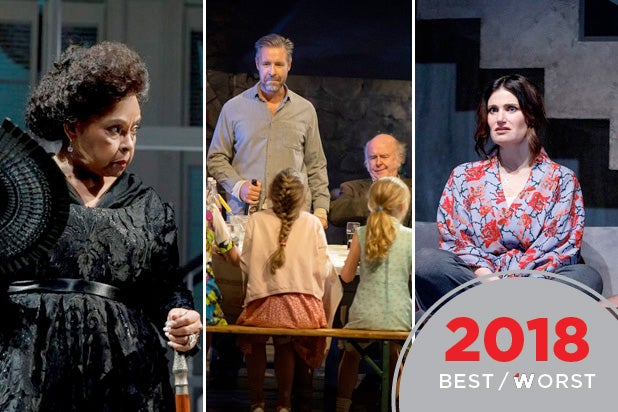 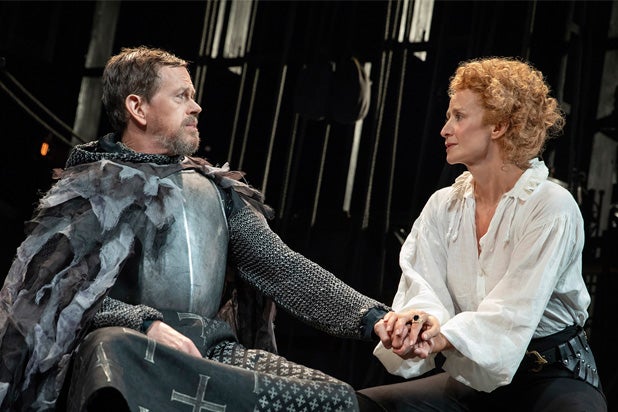 10. "Bernhardt/Hamlet," by Theresa Rebeck (Broadway, Roundabout) Sarah Bernhardt wants it all and gets it in Rebeck's grand comedy about the greatest feat of cross-dressing in the theater. 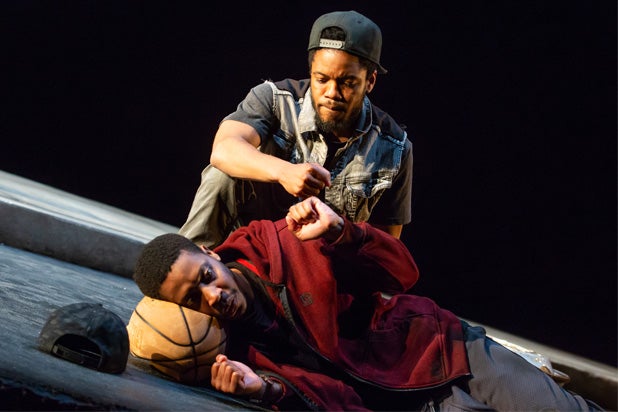 9. "Pass Over," by Antoinette Nwandu (Off Broadway, Lincoln Center Theater) The inescapable prison of "Waiting for Godot" is turned into a Chicago street corner that two men can't escape except through death. 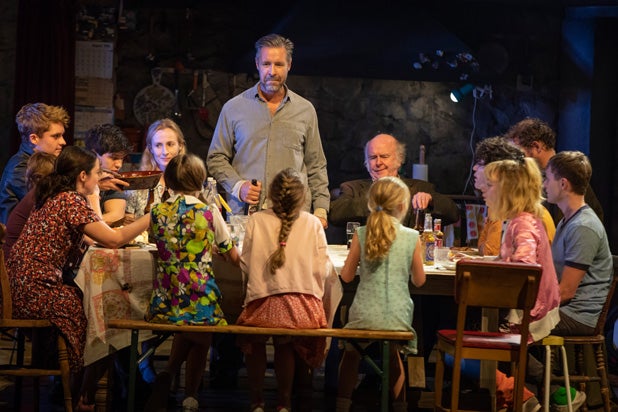 8. "The Ferryman," by Jez Butterworth (Broadway) The author of "Jerusalem" borrows effectively from Friel, Steinbeck, Rodgers and Hammerstein, and Riverdance in his look back at a Northern Ireland that even Margaret Thatcher would applaud. How this play will perform in Ireland, if it ever gets there, is anyone's guess. 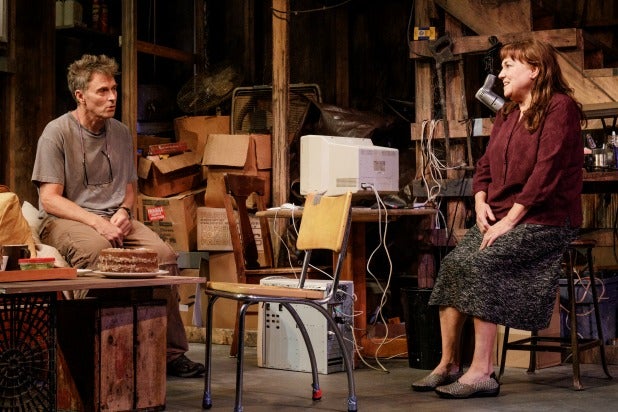 7. "Downstairs," by Theresa Rebeck (Off Broadway, Primary Stages) Demons lurk upstairs, as well as in the basement, where an emotionally unstable man has taken up unexpected residence in his sister's house. This thriller gets scary long before you even realize it's a thriller. 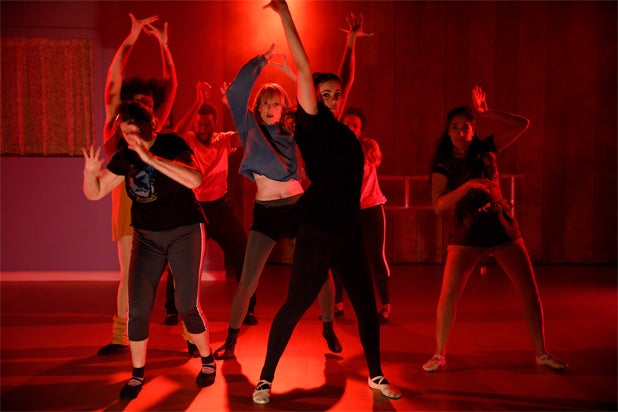 6. "Dance Nation," by Clare Barron (Off Broadway, Playwrights Horizons)  Young girls and one boy in a dance competition grow up but never leave their adolescence behind in this poignant comedy. There's nothing trivial about being 13 years old. In fact, there's nothing worse. 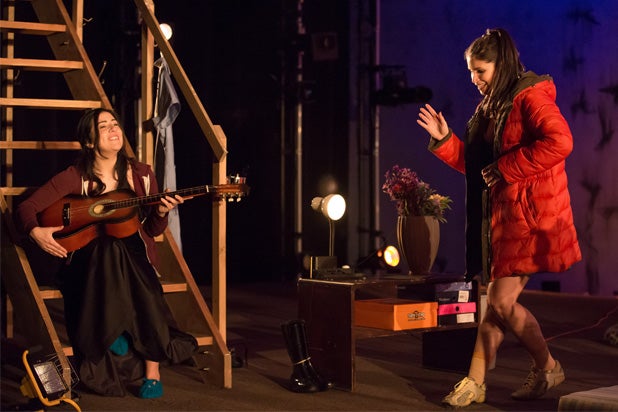 5. "Queens," by Martyna Majok (Off Broadway, Lincoln Center Theater) Taking up temporary residence in a Queens, N.Y., basement, two generations of immigrant women learn lessons of survival and Americanization in this sweeping saga of hope and desperation. 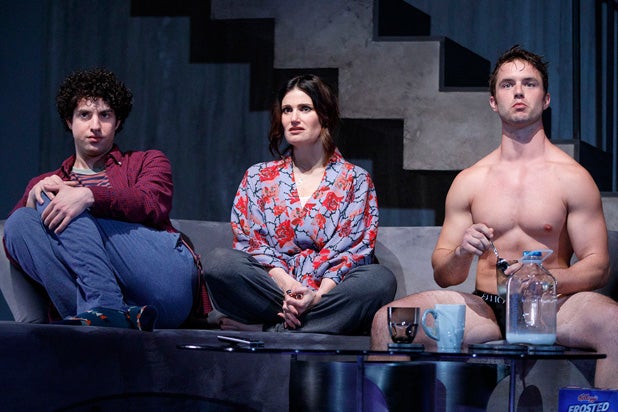 4. "Skintight," by Joshua Harmon (Off Broadway, Roundabout Theatre Company)   Coping with rage after her husband's dumps her for a much younger woman, a middle-aged woman finds little comfort from a father who's about to marry a much, much younger man. Arguably the most underrated new play of the year. 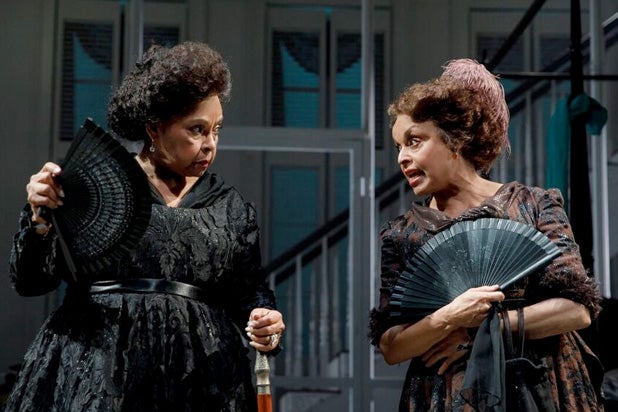 3. "The House That Will Not Stand," by Marcus Gardley (Off Broadway, New York Theatre Workshop)   Gabriel Garcia Lorca tangles with Charles Ludlam in this brilliant retelling of "The House of Bernard Alba," set in a New Orleans after the Louisiana Purchase. 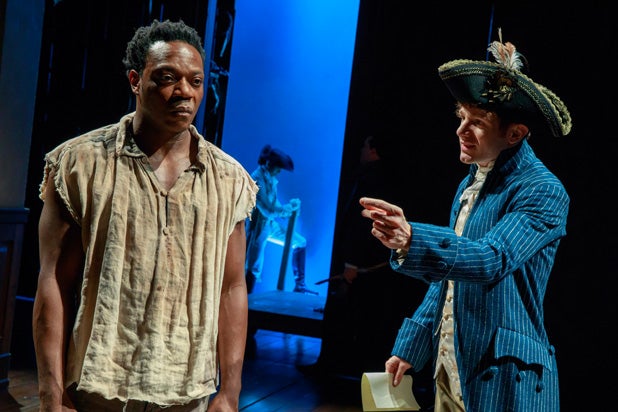 2. "The Low Road," Bruce Norris (Off Broadway, Public Theater)   A foundling in the 18th century teaches us much about unbridled capitalism. This sprawling picaresque tale takes unexpected detours to a G8 summit as well as a sci-fi movie. 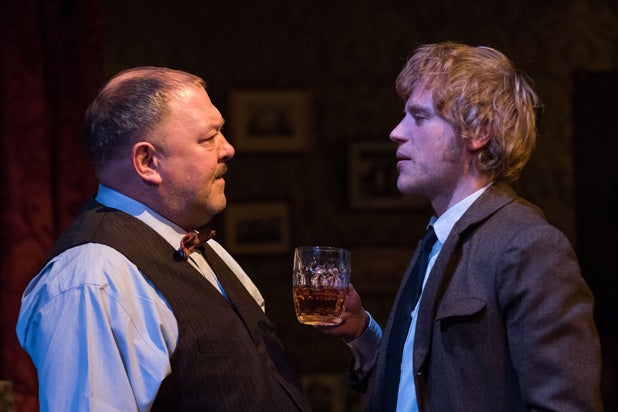 1. "Hangmen," by Martin McDonagh (Off Broadway, Atlantic Theatre Company)  The abolition of the death penalty in the U.K. doesn't prevent a retired executioner from taking one more life.
x
Looks like you're enjoying reading