So maybe you finally got an iPhone for Christmas or perhaps you’ve had one for a while but never really explored the digital landscape it opens up. Time to get with the program – or application.

For a town built on being first fastest and the allure of the shiniest sleekest new thing, it is no surprise that Hollywood has taken to iPhone Apps like paparazzi to a drunken starlet.

Of course, not all the downloadable gizmos are mere fun and games. Some apps actually can help you get your job done both on-set and at home. We’ve come up with the best. (And see accompanying story: ""Twilight Star’s App Has Bite.")

Get ready to hit Install.

1. Movie★Slate ($9.99). While it has no hierarchy, this list, like every shot in every film, has to start somewhere — and a slate seems the logical choice. Indeed, Movie★Slate is exactly what you expect – a digital slate and clapper board. But it is also a fully customizable shot log and multi-function notepad. And because this is not only extremely helpful for that gaggle of producers hanging around set but just so damn cool, you can easily sync up the time codes between multiple iPhones over Bluetooth. Nice, no? 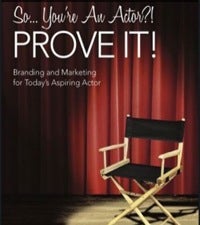 2. Actor’s App ($0.99). A necessary piece of Tinseltown tech to help those waiters prepare for the next casting call. Providing scenes to practice and add to your repertoire, it also helps organize your schedule. "I wish I had this kind of practical advice at my fingertips when I started out," says Patrick Gallagher who plays Couch Ken Tanaka on Glee and Attila the Hun in the "Night at The Museum movies. "It promises and delivers tips for motivating and orientating your career, and regardless of how successful you are, every actor in this town needs that." 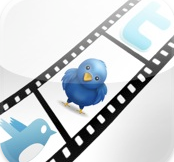 3. Movie Tweets (Free). They say everyone’s a critic and with this social networking based app, everyone is a 140 character 21st century Pauline Kael. With the app’s four main feeds – Top 10 Box Office, Coming Soon, In Theaters and the Fandango Five — you can get the buzz before you buy your ticket. And don’t kid yourself with the illusion that this is for the cineastes only, as the producers of Sasha Baron Cohen’s "Brüno" and the studios have learnt, a tsunami of negative or disappointed Movie Tweets can kill your opening weekend. 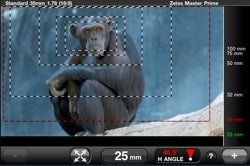 4. Artemis Director’s Viewfinder ($29.99). According to Laura Michalchyshyn, a GM at Discovery, this director’s viewfinder is “currently being used by the directors and cinematographers of ’30 Rock’ and ‘Nurse Jackie," to name a few. Plug in the format, the aspect ratio, and the type of lens you’re using and Artemis will, utilizing the camera built into your iPhone, preview the shot  … and it saves all that data and the settings for instant retrieval later. 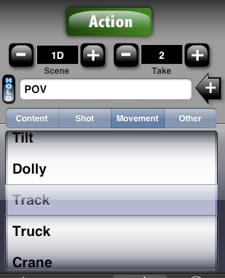 5. Action Log Pro ($29.99). Moviemaking is almost as much about organization as it is inspiration and perspiration. If you want to nail that aspect of the process, Action Log culls together clips, organizes reel names and time codes on up to 25 separate recording devices — and then it emails those clips to editors and their staff for immediate ingestion, with or with self created hard copy logs, on Avid and Final Cut Pro. There’s a cheaper version of this logging tool that developers Andris Ltd have out there, too, but trust us, you want to spend a bit of money if you want to one day make some serious money. 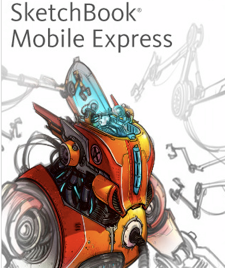 6. SketchBook MobileX (Free). Developer AutoDesk goes straight for the breakfast meeting juggler by bragging that SketchBook MobileX allows you to “capture your ideas as napkin sketches or produce artwork on-the-go.” It’s not tabletop hype. “You can sketch directly onto the iPhone in full color with 25 different brush strokes,” says production designer Devorah Herbert, who has worked on such stylized shows and films as HBO’s "Hung," "Step Up 2:The Streets" and the upcoming "Step Up 3D." 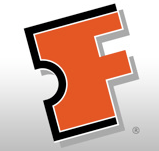 7. Fandango (Free). Wanna know what’s playing where, when and can you get a ticket? Wanna know what a flick’s fan rating is, what theater has what amenities, what’s coming out and what the trailer is? Of course you do, and the constantly updating and upgrading Fandango provides the goods. 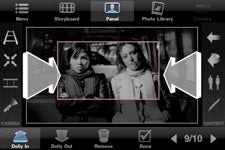 8. Hitchcock ($19.99). The App calls itself a “mobile storyboard and pre-visualization composer.” Developers Cinemek nailed the tech but need to work on their bottom-line pitch — Hitchcock marvelously brings conceptualized sound and vision together with real locations, scenarios and rewrites in minutes. Oh yeah, and those results can be instantly shared with crew and clients via email. 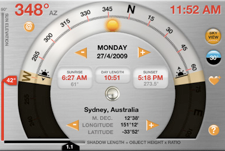 9. Helios Sun Position Calculator ($29.99). It does just what it says, with a built-in database of 30,000 locations worldwide and using algorithms from the National Renewable Energy Lab and National Geophysical Data Center. “Until recently, I relied pretty heavily on Focalware,” says Chris Award and Gracie Allen Award winning documentary director Catherine Annau, “but now I’m a convert to Helios. It tells you where sun and moon will be at any time on any day so you can stake out a position for that perfect sunrise shot or magic hour.” 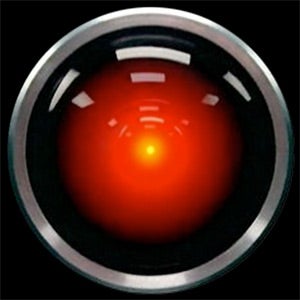 10. HAL 9000 (Free). Maybe you need some inspiration from the Maestro. Based on the corrupted computer from  Kubrick’s legendary "2001:A Space Odyssey," it gives you a line from the film every time you gently touch its glowing red orb — which, all things considered, is better than hitting the panic button.

11. The Wrap App (TBA). don’t think for a Mississippi second we’re not thinking about it. And Yes, Hollywood will wonder how they ever lived without it.