1 — Invoking the name of a major celebrity in a movie title is sure to make your indie project stand out.

Certainly worked for Charlie Kaufman and Spike Jones with “Being John Malkovich."

The Welsh comedy trades on the “fact” that rhyming slang for “fail” is “Christian Bale.”

Perhaps in Wales, from whence the volatile thespian came, but anywhere else it’s a bit WTF.

So WTF is the film about, given that it’s not the chronicle of a lowly DOP hoping to avoid being chewed out by the glowering superstar?

It’s about two lads trying to not fail an essay.

Everyone who saw it seemed to have the same reaction: “I’d rather watch that movie than the actual film.”

So, here’s hoping so entrepreneurial filmmakers out there are bringing together just such an action adventure. 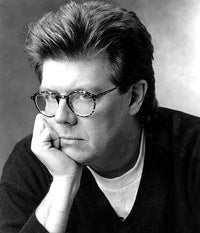 As a kid of the 1980s, his movies, particularly “Sixteen Candles”, “The Breakfast Club” and “Ferris Bueller’s Day Off” seemed to speak to me directly — when just about no other adult could.

What’s nice is that on Facebook and Twitter, the tributes from Baby Boomer and Gen Y alike indicate that the comic truth of what Hughes had to say about being an outsider, about trying to be yourself and fit in, about falling in love and growing up, crosses generations.

4 — And on that note, “Don’t You Forget About Me,” a documentary about four filmmakers going in search of John Hughes and interviewing many of his collaborators (Judd Nelson, Ally Sheedy, Andrew McCarthy) and admirers (Roger Ebert, Jason Reitman, Kevin Smith), is clearly a film the world needs to see.

5 — Errol Flynn must be rolling in his grave. 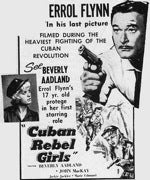 First it was announced that Aussies the Spierig Brothers are going to be remaking “Captain Blood” as a space opera.

Then yesterday it was revealed that Danish commercials director Nicolai Fuglsig will be doing be giving “Robin Hood” a similar hi-tech future-fantasy revamp.

Clearly, this can mean just one thing: “Cuban Rebel Girls” is also headed for the final frontier.

6 — Last year we had Indiana Jones messing about with Mayan crystal skulls to prevent destruction. 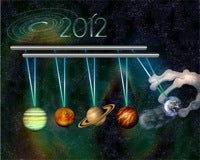 This year Roland Emmerich’s unleashing “2012,” based on the supposed prophecy of End Times when the ancient Central American civilization’s calendar runs out.

I love a good disaster adventure as much as anyone, but is this gonna get out of hand?

If you need a dose of reality — after all, you wouldn’t take such a fire-and-brimstone Born Again or Scientology prediction seriously — here’s a good place to start.

7 — It’s not gonna restart his career — like “Pulp Fiction” did for John Travolta, or “Jackie Brown” for Pam Grier — but it’s so nice to see Rod Taylor back on screen in “Inglourious Basterds” as Winston Churchill.

8 — My very first piece for The Wrap was about “The Thing” prequel.

I didn’t think it was a smart move then and the interview with screenwriter Eric Heissere — who also did rewrite work on the “Nightmare On Elm Street” reboot –doesn’t change my mind a bit.

He spoke to Bloody-Disgusting.com about how he’s approaching the new story of the doomed Norwegian Antarctic camp.

“It’s a really fascinating way to construct a story because were doing it by autopsy, by examining very, very closely everything we know about the Norwegian camp and about the events that happened there from photos and video footage that’s recovered,” he said, “from a visit to the base, the director, producer and I have gone through it countless times marking, you know, there’s a fire axe in the door, we have to account for that…were having to reverse engineer it, so those details all matter to us ‘cause it all has to make sense.” So they’re building an entire movie out of production design done nearly 30 years ago.

9 — This time of the year’s when it starts to get really great. The Coen Bros. “A Serious Man” trailer gave me chills.

10 — This trailer, not so much. But, bro, it is like pretty funny, just not, like, on purpose. Rob Machado likes to surf. And hang. And hang. Blaze one up, kick back. No shoes allowed. Yo.