1. Warhol Did It, Why Not Cronenberg? 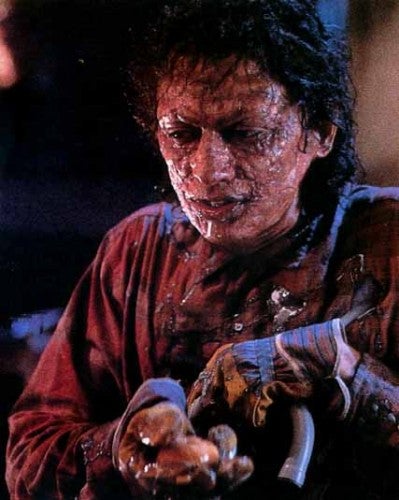 David Cronenberg is going to remake his remake of “The Fly." He’s done it as an opera, so why not? Andy Warhol’s pop art was often based around replication, so it might make sense. Rather than release the new version of “The Fly” to cinemas though, why not screen it at art galleries alongside the other two screen treatments? And leave a space blank where people upload their own versions/commentaries?

2. Now’s Not The Time For The Demon-Girl Script
First, “Drag Me to Hell," the best multiplex horror film of the year. Then “Jennifer’s Body," which scrapes in a close second. Their box office fate? Fire and brimstone. God — or the His/Her opposite number — knows why. Sam Raimi’s effort enjoyed stellar reviews. And, oddly, so did “Jennifer’s Body," despite what you’ve heard. Cruise over to Rotten Tomatoes and see that you could easily have done a full-page ad boasting the biggest names and publications all in favor of Diablo, Karyn, Megan and Amanda’s grrrrl flick. Maybe that was the problem. Too many boys with broadband in too many basements, all of whom hate Diablo because she did what they want to do and Megan because, well, you know …

3. The Creator Hath Spoken
Jon Cryer gets an Emmy for "Two and a Half Men." Sydney enveloped in a dust storm that has one tabloid using the headline you never thought you’d live to see: “Doomsday." Coincidence? Surely not.

4. Corman at the Oscars!
The Oscar race is still warming up. But we know one winner! Roger Corman. The octogenarian veteran of B-grade schlock is to get his montage and his statuette next year. And what a montage it’ll be. AMPAS, call me if you want some choice comments on "Teen-Age Caveman" or 'Battle Beyond the Stars." Actually, in terms of testimonials, there’ll be no shortage of big names to testify how he gave them their start in the pictures. But before the Scorsese, Coppola, De Palma, et al, accolades, how about a musical number dramatising everything beyond "Little Shop of Horrors"? Adam Shankman?

5. A.J. Jacobs Bests Stephen Colbert?
Okay, a little off topic, but the journalist-author scored a modest triumph with Colbert this week in that it’s rare to see the interviewer bested as he shakes the hand of his guest. Colbert asked for radical honesty and he got it: the unassuming author of "The Guinea Pig Diaries" told him he was a little disappointed he got the small green room while Michael Moore was afforded the bigger guest space. On this score, Hollywood, where are the film adaptations of "The Know-It All" or "My Year of Living Biblically"? Just don’t — unless you’re really, really sure — cast Steve Carrell before a script is written. Or maybe just don’t.

6. Corey Haim Is the Comedian?
"Lost Boys Part Troix" is going before the cameras soon. It’s coloned: Thirst, as in “The Lost Boys: Thirst." That sounds vampirey enough, I s’pose. “Thirstlight” might ship a few more discs and downloads. But why does the promo still doing the rounds look like Corey Haim is practising his "Jack Black Is the Comedian" for Halloween?

7. III-D, IV, What Are We Caring For?
Hands down, the most depressing story on TheWrap this week: “Bob Weinstein has unveiled several films to be released by Dimension over the next year, many in 3D.   'Scream IV' will start production in April or May as the first of a new trilogy and the company is talking to Wes Craven to direct, Weinstein reports. Neve Campbell, Courteney Cox and David Arquette will star.   Robert Rodriguez is writing 'Spy Kids IV,' which he will direct in 3D. The movie will be made in partnership with Disney and will start shooting in March 2010, Weinstein said.   In addition, the company wants to shoot 'Halloween III' in 3D, aiming to release it in October 2010."

8. Whoever Wins, Genre Loses?
I’m not sure I can recall a more meh weekend. “Surrogates," a sci-fi that seems beamed from 1998, versus “Pandorum," which might’ve been tossed off at around the same time. Didn’t we already see these on Starz? Or not see them because they sounded like, um, we’d seen them. And which one is Bruce Willis’ wig in anyway? Maybe this is where “Jennifer’s Body” makes the fastest-ever move from box-office flop to cult-film revival? If you haven’t seen it, you really should.

9. "What Car Do I Need That Can Become a Character in the Movie?"
Oh, sorry, I said that Bob Weinstein’s slate of threes and fours in 3D was the most depressing story of the week? Well, take it away Brett Ratner! I s’pose you’re only saying what everyone else thinks and does.

10. Michael Madsen Is Back! And He Might Win the Oscar!
A billion film festival entries! Awards from people you’ve never heard of! People love it better (or as much as) than “Slumdog Millionaire”! And the supporting cast!