1. The Last Passport … to Hilarity!
Here’s the YouTube tag: “’The Last Passport’ is about a 70-year-old gentleman who spends a mysterious day in the passport office …” Sounds dull, right? But check the trailer! It’s funnier than, well, anything else I’ve seen this week. “Life is like a record, spinning!” Tommy Wiseau, you have some competition!

2. A Plush Toy That Hugs You Wrong 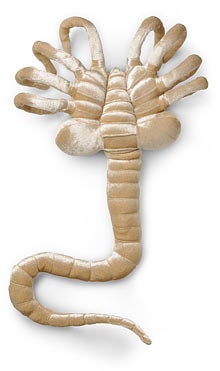 Several months ago, I highlighted ThinkGeek’s cute-as-a-button Taun-Taun sleeping bag for little fans of “The Empire Strikes Back.” Now comes their soft toy of an entirely different disposition. Give this one to that annoying nephew or niece. Or perhaps don it yourself for Halloween when you answer the door.

3. Neil Marshall’s Bursting Back Into Horror
“The Descent” was such a wickedly good exercise in horror suspense that it’s made me very fond of writer-director Neil Marshall. That I still feel this way about him after his diabolically bad Mad-Maxsploitation rip-off “Doomsday” is testament to the strength of his girls-in-a-cave flick. So let’s hope the horror he’s just signed on for — “Burst” — sees Marshall return to form. Produced by Ghost House Pictures, the shingle of Sam Raimi and Bob Tapert, it’s about a bunch of folks who’re trapped in a blizzard and stalked by a supernatural force that makes them spontaneously combust – in 3D. 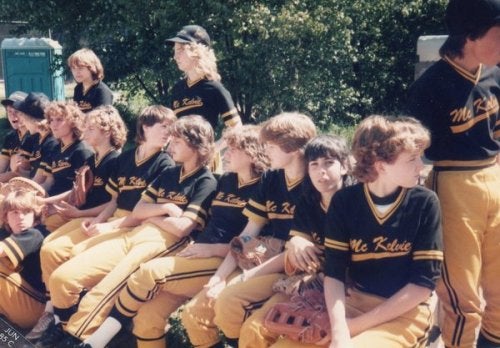 First we had “Funny People” grind to a halt so that Adam Sandler and Seth Rogen and Judd Apatow could incorporate a MySpace launch party and lots of MySpace references into dialogue in what was an egregious movie-as-marketing exercise. Now “Couples Retreat” slams on the brakes to include Vince Vaughn playing a plot-crucial game of Guitar Hero while Jon Favreau and Co. watch on appreciatively. Man, why not just have your leading men wear a BRAND X T-shirt through the whole movie and be done with it? What’s next? Woody Allen grappling with existential angst while slamming Red Bull?

5. Where It All Began for Sarah Silverman
Sometimes environments breed comic genius. And this week, in a Twitpic post she labeled, “This is a game I like to call 'Find the Jew,'” Sarah Silverman provided a typically funny insight into her very funny psyche.

6. Where It All Begins Each Day for Arnold Schwarzenegger 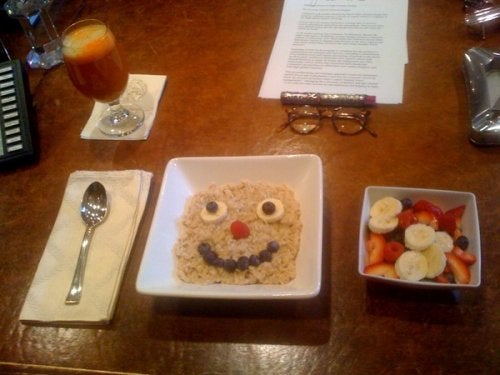 Not sure if this is funny or terrifying or both.

7. Oh My God, They Killed Credibility!
“I decided to go around the world and ask people what they think,’” says director Peter Rodger in the intro to the trailer for his movie “Oh My God.” How weird that his first interviewee turned out to be Wolverine! And then, Bob Geldof! Also featured — Seal, Ringo Starr, David Copperfield. Um, no offence, and this looks like it does take in a wide pool of ordinary folk, but is the only way to promote your movie about His/Her Existence/Otherwise to rope in the guy who sang “Crazy” and some dude who does magic tricks and squires supermodels? Here’s hoping Paris Hilton wasn’t left out. Like, oh my God. 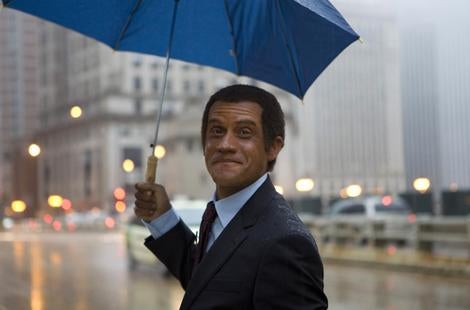 Aussie TV show “Hey Hey It’s Saturday” blundered big time this week when its “talent” act the Jackson Jive appeared in black-face. It was up to unamused guest judge Harry Connick Jr. to point out to the clueless host Daryl Somers why such a “joke” was deeply offensive. In the wake of the international disbelief that a skit so stupid and ignorant could make it to airwaves in 2009, expect some nerves at Australian broadcaster ABC-TV in the coming weeks. That’s because on Oct. 28 they are broadcasting an episode of a TV series called “Safran’s Race Relations” in which the show’s white Jewish-Australian host John Safran dons full-body make-up to become an African-American — in Obama’s home city of Chicago. Safran is an amazingly talented, smart and fearless satirist but even he must be wondering what sort of controversy this will kick up.

9. Let’s Do the Opposite of “Opposite Day”
Disney is developing “Opposite Day” in which — stop me if you’ve heard this one before — “a corporate hatchet man who wakes up one morning and finds he must follow the exact opposite of his normal routine.” High-concept comedy, right? It’ll no doubt be as anodyne and banal as “17 Again” or “Liar Liar” or “Yes Man” or any other such PG-13 pabulum. So, let’s see, the nasty corporate schmuck has to start being nice to the underlings he usually stomps on, then he rallies the redundant victims of his cost-cutting and takes on The Man, then he falls in love with Zooey Deschanel. The End. As we’ve seen “Opposite Day” a thousand times already, why not instead make a film version of this. You know, for adults?