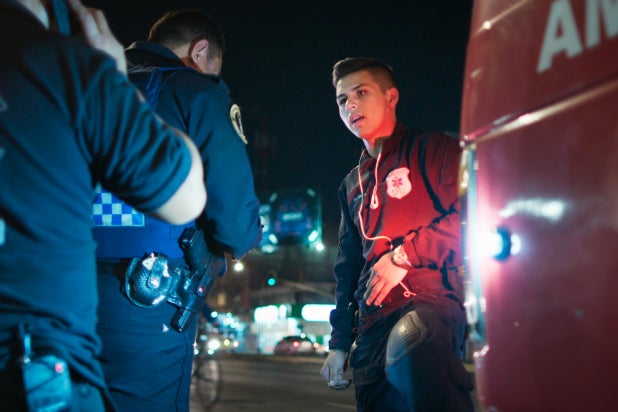 Indie film studio 1091, which was formerly The Orchard, has acquired North American rights to distribute Luke Lorentzen’s documentary “Midnight Family,” it announced on Thursday. The film had premiered at the 2019 Sundance Film Festival.

A Hedgehog Films and No Ficción co-production, follows the Ochoa family who run a private ambulance in Mexico City’s wealthiest neighborhoods where they compete with other for-profit EMTs for patients in need of urgent help. As the Ochoas try to make a living in this fraught industry, they struggle to keep their dire finances from compromising the people in their care.

“Midnight Family” premiered in the documentary category at Sundance and it won the Special Jury Award for best cinematography.

“Much like our film ‘Cartel Land,’ ‘Midnight Family’ is a riveting documentary exploring life for a family in Mexico as they strive for survival,” 1091 senior vice president of acquisitions Danielle DiGiacomo said in a statement. “Luke Lorentzen tells an authentic story of the Ochoas and we are thrilled to bring this must-see film to theaters.”

The film was produced by Kellen Quinn and Lorentzen as well as Elena Fortes and Daniela Alatorre. 1091 is planning to release the doc in the theaters late this summer.

The studio also recently picked up distribution rights to the Sundance comedy “Before You Know It.”

“We’re enormously excited to partner with 1091 whose releases include some of our favorite films of the past few years,” Lorentzen said in a statement. “The viewing experience is as integral to this film as its story and themes, so we’re particularly happy that audiences across the U.S. and Canada will get to see it on the big screen.”

The deal was negotiated by 1091’s DiGiacomo and Submarine Entertainment on behalf of the filmmakers.