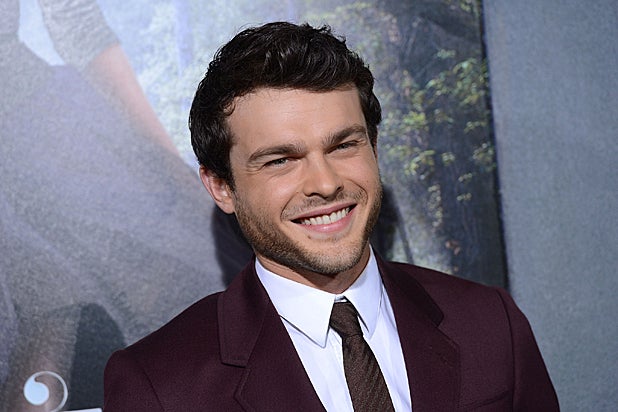 It’s never easy to please fans of the “Star Wars” universe, especially when it comes to casting Han Solo with someone other than Harrison Ford.

As soon as news broke that Alden Ehrenreich would star as the younger Han Solo in the character’s standalone film, most people took to social media to applaud the move. But others expressed their outrage at not only Ehrenreich’s casting but the fact that there is even a Han Solo spin-off to begin with.

“This dude who looks nothing like Han Solo bout to play Han Solo in a Han Solo origin movie,” tweeted one fan.

“Maybe get someone who actually looks like Han Solo,” tweeted another.

Plot details are being kept under wraps, though it won’t quite be a typical origin story. Instead, the film is expected to follow Solo before he links up with the Rebel Alliance. Chewbacca will play a key role, and it’s entirely possible that young Han could cross paths with the bounty hunter known as Boba Fett.

Disney declined to comment. The studio will release the Han Solo movie on May 25, 2018.

There is simply NO universe in which this guy is Han Solo. #CastingFail pic.twitter.com/r8D10ZYG3e

I'm sorry but Harrison Ford is still Han Solo to me, thank you.

when i found out who the new han solo will be pic.twitter.com/iFq1UcqJt7

"So, Harrison, what are your thoughts on Han Solo's casting?"

maybe get someone who actually looks like Han Solo @starwars

I can't wait to miss this movie. ⚡️ "Alden Ehrenreich is officially the new Han Solo"https://t.co/CiNn4bnkGf

Alden Ehrenreich is a terrible choice for Han Solo

@disney @starwars @theforcenet #AldenEhrenreich as Han Solo? You're not even trying at this point. I've washed my hands of whole franchise.