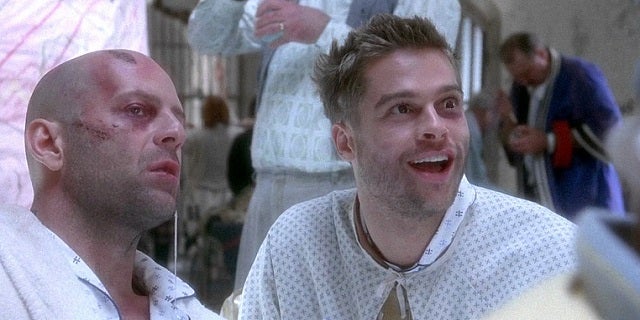 Syfy is ready to monkey around — and presumably, there won't be a tornado involved.

The cable network has given the go-ahead to a pilot for an adaptation of the 1995 Bruce Willis-Brad Pitt film "12 Monkeys," the network said Monday.

The cast-contingent order is for a 60-minute pilot following "the journey of a time traveler from the post-apocalyptic future who appears in present day on a mission to locate and eradicate the source of a deadly plague that will eventually decimate the human race."

The pilot, which is being produced by Atlas Entertainment and Universal Cable Productions, is expected to go into production in November.