It was the worst season ever of “Idol.” From the introduction of Jamie Foxx’s T-shirts to Teflon Tim Urban to the Simon & Ryan show — not to mention a ho-hum group of finalists — it's pretty clear why ratings have been down.

So what better way to send off Season 9 – and Simon Cowell — than with this “best of the worst?” The hardest part of putting the list together? Narrowing it down to 12. 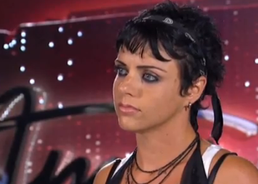 You remember Mary, don’t you? She was the raspy-voiced mother who bossed around mullet-headed Alex Lambert and everyone else. Don’t get me wrong; I am not a huge fan of her. (No one messes with my Alex!) But while she has a pretty big voice, she has an even bigger personality – one of the key ingredients missing from this season’s crop of contestants.

11. Jamie Foxx Passes Out T-Shirts
Ah, Jamie. When Foxx returned this season to mentor during Movie Week, he brought with him a gimmick. Sing the song like an artist and you get this T-shirt that says “Artist.” Otherwise, you just get this one that says “Contestant.” Let me be clear here: Neither shirt looked all that impressive. 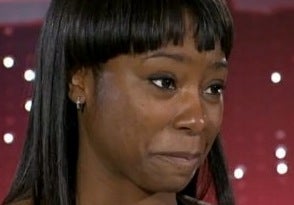 Not many Idols possess the star-making trifecta of looks, talent and backstory. This was her third and last time to audition for “AI,” as she will be too old next season. Simon even remarked to her that, “Singers like you are why I like doing this show.” Her father was murdered just before she left for Hollywood Week in Season 7. The next year, she again earned a Golden Ticket but instead of reporting to Hollywood, she reported to jail for traffic violations, where she watched her audition on TV! This time around, her mother had gone missing. Did I mention that she has a special needs child? After showing remarkable resilience and talent, she was let go, because, in Kara’s words, it had “been so difficult to pick 12 girls.” Thank God they cut her, or we might’ve missed out on the undeniable talent of Haeley Vaughn, Lacey Brown or Michelle Delamor.

9. “Idol Gives Back” Takes Away Almost 3 Hours of Our Lives
If you’re like me, this season you missed your fair share of results and performances because, for some reason, the DVR seems to think that “Idol” will adhere to its given time constraints. (No wonder they’re going to 90-minute performance shows next time.) Well, when Ryan Seacrest warned us that “Idol Gives Back” would probably go over this season, I don’t think anyone expected 24 extra minutes. I mean, how many hours do you need to sing about disease and poverty? Reminder: Make sure you set your DVRs accordingly tonight and tomorrow. You’ve already put the time in; might as well see who wins.

This came during the first week of live shows and had to be one of the worst song choices in “Idol” history. As Tim lurched creepily towards the camera and coddled the mic with both hands, the sounds that emanated from his mouth sounded less like falsetto and more like, well, pain. A last-minute replacement in the Top 24, Urban’s performance caused Simon to say, “We absolutely made the right decision the first time around by not putting you through.” Yeah, thanks for bringing him back, Simon. 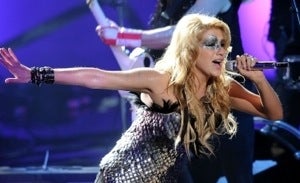 7. Ke$ha Performs “Blah Blah Blah”
My first thought was as to how she got past security. Then I wondered why she needed to lip-sync when she was only talk-singing, especially when her “dance moves” consisted of flailing around drunkenly. Even Lacey Brown (who was eliminated that night) has more talent.

6. Haeley Vaughn Sings “The Climb”
One positive thing I can say about Haeley: She’s got a great smile. One of the judges’ biggest mistakes. On this night, she was way too sugary-sweet for the words that she was singing — and I’m being generous by using the word “singing.”

5. Ryan Interrogates Didi
We could make a whole list of Seacrest’s inappropriate interactions with contestants this season, but do we really have that kind of time? To me, this was Ryan at his worst. Didi sang “What Becomes of the Broke 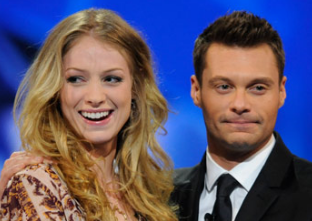 nhearted” for a friend who had passed away. You knew it. I knew it. Ryan clearly knew it. So why did he pump her so hard when she obviously didn’t want to talk about it? She said it was a challenge for her to get through the song at all but he kept pressing her. Why does this song make you emotional? Who are you singing it for? Even when the judges chastised him.

3. Ryan Gets All Up In Simon’s Grill 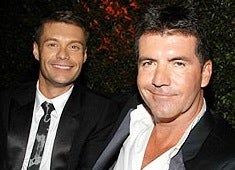 Yes, Ryan again. After Simon offered Big Mike a critique that included the words "desperate" and "corny," Ryan challenged him to clarify. Cowell basically asked him to butt out. Without missing a beat, Seacrest leapt to the judges' desk and leaned over, glaring at Simon. “I’m actually trying to help him out a little bit, buddy, because I want him to stay in the competition,” Seacrest said with such calm that is was creepy. “You alright with that?" Simon inched his chair further and further away from Ryan, probably wishing there was a silent alarm under his desk. It made for completely awkward television. Even better, it served as a precursor to his antics a few weeks later, when he gave a shout-out to Brian Dunkleman and accused Glambert of having a talented tongue.

2. The Moment When Simon Officially Checked Out

People might argue over when this moment actually took place. Some may say that it was on Ellen’s first day, when he showed up late for Hollywood Week. I can pinpoint another moment. It came during Soul Week after Tim Urban sang Anita Baker’s “Sweet Love.” Simon’s response? “You’re gonna smile, the audience is gonna vote for you, nobody cares, and you’ll be here next week. Well done!”

1. Lilly Scott & Alex Lambert Are Eliminated
I’m still mourning these two, who were eliminated just shy of the Top 12. I honestly pegged Scott as a finalist; she has the “it” factor and she knows who she is as a performer. Unfortunately for her, though, the indie crowd doesn’t come out in droves to vote for the next Idol. As for Lambert, whose elimination also incited outrage and petitions, I’m not sure what happened. He was cute enough, mullet and all, to get the tween vote. While his mannerisms betrayed that he was clearly terrified on stage, his voice never did. The contest would’ve been so much more riveting (not a difficult feat) had these two stayed in longer.