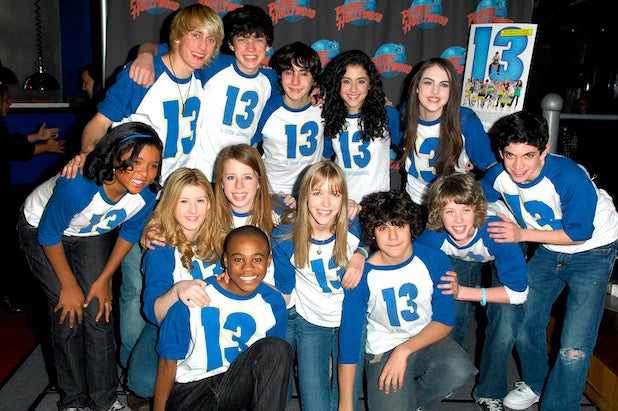 A movie adaptation of the stage musical “13” is in the works at Netflix from producer Neil Meron, whose credits include “Chicago,” “Hairspray” and 2011’s “Footloose” remake, Netflix announced Thursday.

Tamra Davis (“High School Musical: The Musical”) is directing the film adaptation of the original musical from 2008 about a boy who moves to a new school in a small town in Indiana and prepares for an impending Bar Mitzvah.

The original Broadway show featured the first and only all-teenager cast and band. The musical’s run on Broadway was short-lived, running for only 105 performances following an Off-Broadway run. But it did manage to help launch the careers of actors and stars like Ariana Grande, Elizabeth Gillies and Graham Phillips, all of whom were featured in the original cast.

Tony Award winner Robert Horn will adapt the script for “13” based on his own stage book he co-wrote with Dan Elish. Jason Robert Brown, who wrote music and lyrics for the original play, will also compose new music for the film.

Casting director Bernie Telsey has also come on board to start a worldwide search for 13 pre-teen triple threats with veteran Broadway experience.

Production is slated to begin in August.

Netflix has previously adapted Kerry Washington’s “American Son” and “Springsteen on Broadway” into films, and the studio is continuing to add to its Broadway slate with Ryan Murphy’s “The Prom” and “Boys in the Band” and Lin-Manuel Miranda’s “Tick…Tick…Boom!”