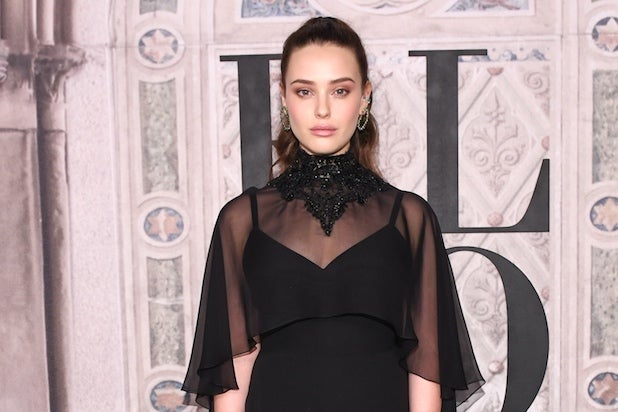 “13 Reasons Why” star Katherine Langford has joined the cast of “Avengers 4,” individuals with knowledge of the project exclusively told TheWrap. Langford has already shot her scenes.

As with most things Marvel, Langford’s role is being kept under wraps.

Shortly before hitting $2 billion worldwide, “Infinity War” passed “Jurassic World” to enter the top five all-time domestic films, with a gross of more than $678 million. It joined the rarified air shared by “Titanic,” “Avatar” and “The Force Awakens” as the only movies to ever gross more than $2 billion.

Also Read: Russo Brothers Wrap 'Avengers 4,' Troll Everyone Again With Picture of... Something

Langford also has a new gig at Netflix. She will play the lead role in “Cursed,” the streamer’s spin on the tale of King Arthur, from former “The Cape” showrunner Tom Wheeler and “Sin City” filmmaker Frank Miller. Langford will play Nimue, a teenage heroine with a mysterious gift who is destined to become the powerful (and tragic) Lady of the Lake.

Langford earned a Golden Globe nomination for her role as Hannah Baker on Netflix’s “13 Reasons Why.” She exited the show after Season 2, but the series is set to return for a third season in 2019.

Langford is repped by WME, Brillstein Entertainment Partners and Independent Management Company in Australia. Reps for Langford denied her involvement.