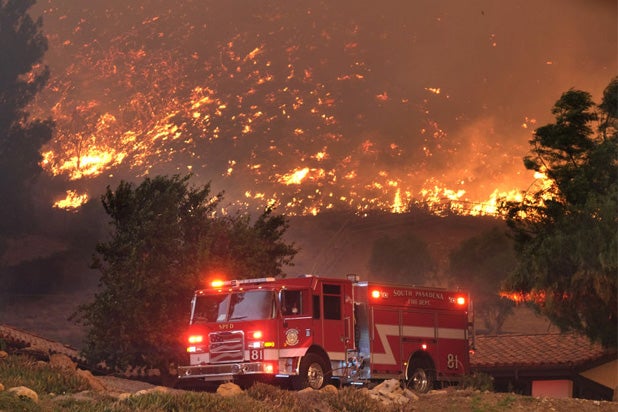 Film and TV productions can now begin shooting in various areas affected by the November wildfires in Northern and Southern California, people knowledgeable of the situation told TheWrap.

This includes Netflix series “13 Reasons Why,” which had shooting locations in the city of Vallejo in Salano County for Season 3, about 150 miles from the camp fire area. The production was shut down temporarily during the fires due to poor air quality, a California Film Commission spokesperson said. The series also had to shut down during the production of Season 2 last October for similar reasons.

“Production teams are very resourceful and know how to adapt quickly,” Amy Lemisch, California Film Commission executive director, said in a statement. “We were able to work with them to help ensure safety and find alternative sites for filming.”

The fires in Northern California began when a campfire spread in the city of Paradise, killing at least 86 people. It was the deadliest U.S. wildfire in at least a century, according to the most recent report by the AP.

At the same time, the Woolsey Fire took a toll in the Southern California cities of Malibu, Thousand Oaks, Calabasas, Agoura and Hidden Hills, with three fatalities reported and more than 100,000 acres of land burned.

While “13 Reasons Why” resumed production a week after the shutdown — with Season 3 scheduled to wrap in February — it was one of the lucky ones, as dozens of film permits in locations affected by the wildfires had to be declined due to the poor conditions. Netflix did not comment at the time of publication of this article.

A month after the devastation, wildfire-affected areas are starting to rebuild. Locations like the Malibu Pier and El Matador State Beach started accepting applications for filming again on Dec. 13 after a period of about four weeks that began on Nov. 9 during which no filming was permitted and existing permits were suspended, according to a city of Malibu spokesperson.

Filming in Los Angeles proper was not as affected by the fires, according to a spokesperson at the Los Angeles film office FilmLA.  There were five requests by TV and film productions during the November fires that were declined, but no productions evacuated completely.