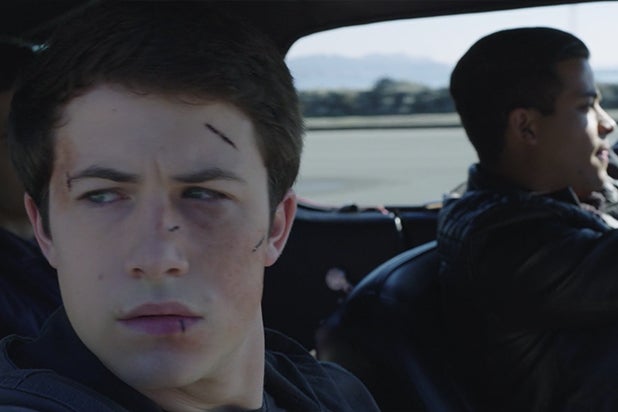 Netflix’s “13 Reasons Why” has taken the teen drama genre to a new level — one that explores complex issues of bullying, sexual assault and suicide. And fans who have binged on the season want more as many questions have been left unanswered.

If you haven’t seen the drama, beware of forthcoming spoilers:

Based on Jay Asher’s novel of the same name, “13 Reasons Why” tells the story of why Hannah Baker (Katherine Langford) has committed suicide. Instead of a suicide note, Hannah records her story on 13 old-school cassette tapes, and creates an elaborate trail for her friends and ex-friends to follow. In each tape, she explains to one person why she felt they contributed to her decision to take her life.

Also Read: '13 Reasons Why' Is All About Sexist Microaggressions (Commentary)

Season 1 ends with these tapes in the hands of Hannah’s parents, who are bringing a lawsuit against Liberty High School for not being aware of rampant bullying that caused their daughter to lose all hope. While some major questions are answered in the final two episodes — like who are on the final two tapes and what happened to Hannah that she saw as the last straw — there are several cliffhangers that have fans buzzing, and hoping for more:

I 100% need these answers. #13ReasonsWhy pic.twitter.com/1DNmX0JAZe

If #13reasonswhy doesn't hit you where it hurts… idk what's wrong with you. Season 2 pls!

RT IF YOU WANT A SEASON 2 OF #13ReasonsWhy

Netflix declined to comment on the status of Season 2 when TheWrap reached out, but author Asher has expressed his openness to the idea of continuing the dramatic series. In an interview with Entertainment Weekly, the Asher said he’d like to see a continuation of the characters. “I’m curious as well. What happens to Clay? How do people react to what Alex did at the very end? What’s going to happen to Mr. Porter?” he asks. “I’d thought of a sequel at some point. I’d brainstormed it, but decided I wasn’t going to write it. So I’d love to see it.”

Asher said he won’t be writing a sequel novel, but he’d love to see how it would play out on screen. “You can explore that world further in a different medium,” he said. “The book will still be able to be itself. I don’t think the show is affecting what the book is saying.”

There are plenty of characters with stories that could be more deeply explored. Take Justin Foley (Brandon Flynn). At first, he is portrayed as just another misogynistic jock who throws Hannah aside. But as the season progresses, we learn of his difficult home life: His mom’s boyfriend often threatens him, and even chokes him, but his mom chooses her boyfriend over Justin. By the end of the season, Justin is homeless and nearly friendless. He is dating Jessica (Alisha Boe), one of Hannah’s ex-friends, who was raped by football hero Bryce (Justin Prentice) — a close friend of Justin’s. Justin makes some poor decisions because he is conflicted between telling Jessica the truth of her rape and loyalty to Bryce. By the end, he is making some better choices, but it looks to be too little, too late. A second season could explore what happens to Justin, and further evolve his character.

That being said, there is also the argument that the main characters have reached enough closure and there’s no need for a Season 2. We’ll just have to wait and see if Netflix listens to the fans and takes up the storylines left hanging, or if “13 Reasons Why” will remain a standalone miniseries.

'13 Reasons Why' Cliffhangers: 7 Questions Left Unanswered in the Finale (Photos)

What will become of Alex, Jess and Tyler? Warning: Major spoilers ensue!

There are so many questions left unanswered by the end of Netflix's "13 Reasons Why" that fans have good reason to believe a second season could be in store. The show is based on Jay Asher's book of the same name and follows 13 tapes made by a teenage girl who has taken her own life. Click through for the seven biggest cliffhangers from Season 1 (spoilers!):