I was reminded of a past conversation after watching “13 Reasons Why,” which follows a group of characters in a high school rocked by a girl named Hannah Baker’s suicide. Her reasons for killing herself are spread out across 13 cassette tapes, which are sent to each of the people mentioned. Although the events she describes are concrete examples of despicable acts, the show isn’t entirely about the specifics.

The story is mostly an allegory for the kinds of things that can drive people, especially teenage girls, to kill themselves. Even more specifically, it’s about the small things that people might not even think about.

These small things don’t directly lead to suicide — nobody can point to anything universally that does — but they do undermine a person’s self-esteem and self-worth. When a girl like Hannah, for example, hears she is objectified for her body, she sees herself as just a body to be played with. These thoughts could lead someone to self-harm.

The conversation that keeps popping up in my head concerns an ex-partner of mine. I had walked a mile or so to get to his place, and on the way, I was accosted by a couple men. One asked me to give him a hug. Another shouted that he liked my hair. It’s something that riles you up, even if the comment is innocuous.

When I brought it up with my partner though, he had a different opinion.

Hannah’s titular and approximate “13 reasons” for her decision to kill herself encompass a lot of potential scenarios. She’s betrayed by multiple female friends, becomes the victim of a nude photo scandal, is sexually assaulted, and is denied agency by various authority figures. The amount of pain Hannah is put through is exhausting.

And while the series does build up to one large, devastating event, it peppers its season with comments and actions that definitely feed into Hannah’s feelings of self-worth. The worst thing is that a lot of those conversations are exactly like the comments girls hear every day. They contain realistic, subtle jabs at the body that reduce feelings of independence in women and strengthen the male gaze. While I’ve seen this quite a bit in real life, I’ve never seen it depicted so plainly in a TV show or film before.

Hannah is the victim of a number of acts of sexism throughout the show. Her tapes start off with her getting slut-shamed after a racy photo of her gets passed around the school, and it only gets more extreme from there, with nobody seeming to step up and help. And this comes down to microaggressions. 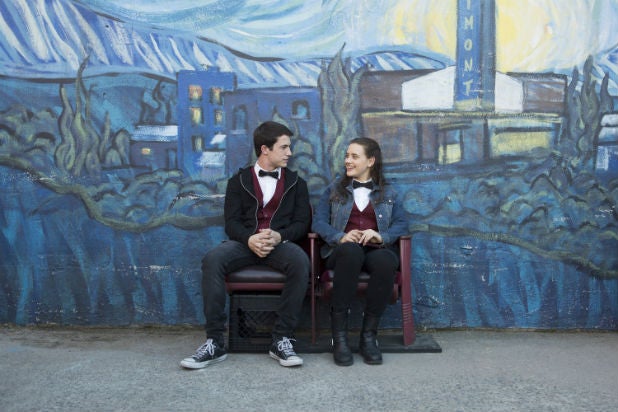 “You think I’m taking it all way too seriously but here’s the thing, you’ve never been a girl,” she says at one point.

One of the events mentioned on her tapes involves a “hot list” — a list going around the school that places Hannah in the “best asses” category.

“You made the hot list,” her friend Clay states. He expresses his admiration for her achievement like it’s a compliment.

“What if girls made a list and you got worst biceps,” she responds.

“Once again, you and the point are complete strangers,” Hannah says, before leaving the table.

When the show cuts back to present-day Clay, he’s sitting alone, presumably thinking about the exchange. However, it’s really unclear if he fully understands it. We know he doesn’t after talking with Alex, the perpetrator behind the ranking on the list. In speaking with him, Clay says that Alex shouldn’t even be on the tapes since the list was a positive thing.

“You meant that as a compliment,” he tells him.

Hannah’s life is about small disgraces. The list itself would be barely worth mentioning, since it mostly comes off as something teenagers do in high school. However, the impact it has on her life is significant. Guys begin to stare at her. One inspects her ass in a grocery store with his hands. Others try and get with her, and then insult her when she isn’t as “easy” as they expected.

The rampant sexism in the series isn’t subtle, although that’s kind of the point. It seeks to make viewers uncomfortable by attempting to place them in Hannah’s shoes, constantly making her the target in conversations and in drama. It’s overdone, considering that Hannah isn’t perfect, nor is she an innocent victim in all the altercations that occur over the series. However, the point in creating scenarios where she is being ignored or undermined is important to express the real face of sexism. It doesn’t have as much to do with rape culture (and that’s certainly a part of it later in the series) as it does with off-handed comments that influence people’s opinions and self worth. 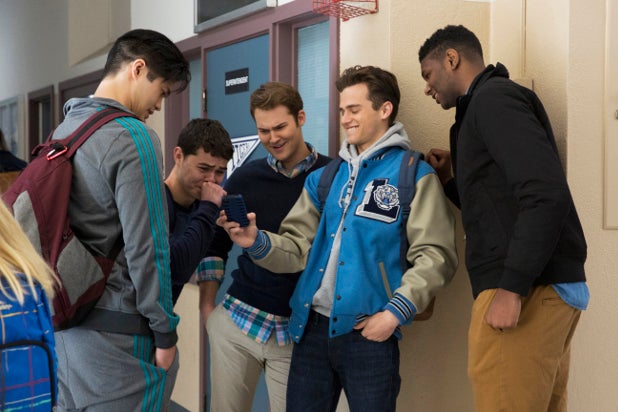 It’s also a matter of understanding the differences between what men experience and what women and other marginalized groups experience. The guys, including Clay, are mostly clueless about their influence. The list isn’t objectifying the girls on it. It’s a compliment. Sharing a racy photo of a girl isn’t slut-shaming, it’s boasting. Saying “so what” when somebody complains about bullying or treatment isn’t just about trying to minimize pain or confrontation, or not believing them. It’s about gaslighting them.

“13 Reasons Why” isn’t just a rundown of the kinds of things that can lead to major depression, or the large events that can destroy lives. That would be too simplistic to explain extreme mental illness. It’s a snapshot of one girl’s life, dramatically compressed and displayed in a show that’s part slice-of-life character study and another part teen melodrama, so it doesn’t apply to everybody. It’s those small moments though that should apply, since they lay out usually more subtle microaggressions in a very obvious way. Whatever you think of what Hannah went through, it’s probably more easy to understand if you’ve been catcalled on the street or harassed by a stranger.

And no, it’s not a compliment.