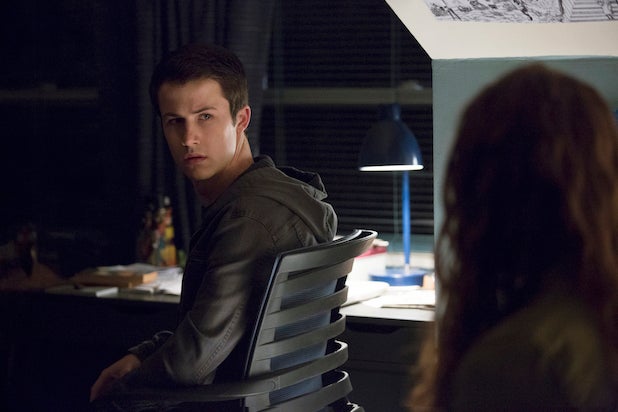 In Season 1 of “13 Reasons Why,” we had cassette tapes. In Season 2, another piece of nostalgia is at the center of the show’s mystery: Polaroids.

Showrunner Brian Yorkey said in a recent interview with Entertainment Weekly that the Polaroids are the driving force for the unfolding story in the sophomore season.

“A mystery at the center gives us this forward momentum, or a story engine, if you will,” he said.

Also Read: '13 Reasons Why': Take a First Peek at the Dramatic Trial in Season 2 Photos (Photos)

“The threads of this mystery, like who’s doing this, and why, and how does it relate to Hannah Baker and how does it relate to what Jessica went through, it all comes together in the later episodes in a way that I think is really satisfying,” he continued. He added that it “also speaks to some of the underlying themes that we’re talking about like sexual abuse and the endemic nature of sexual abuse and the way institutions sometimes wittingly or unwittingly allow it to continue.”

All of that, Yorkey said, is “tied up in this central mystery of what is on these Polaroids, who is leaving them and why.”

The showrunner teased that “it’s surprising how the pieces come together and how it’s all related.”

Also Read: Actor Who Plays Rapist on '13 Reasons Why' Cries as He Reads Letter From Fan (Video)

If the teaser trailer and first photos of the new season are any indication, the Polaroids are going to have something to do with the trial and stories that didn’t get tied up in Season 1. Yorkey said that we’ll see “more perspectives” in Season 2: “It’s a wider range in some ways than Season 1,” he said.

“Season 2 is very much more about everyone else’s perspective on that story — their side of the story, their reaction to it, their coming to terms or refusing to come to terms with their role in Hannah’s life and death,” he said.

'13 Reasons Why': Take a First Peek at the Dramatic Trial in Season 2 Photos (Photos)

Five new photos from the new season give us clues

Welcome to your tape.

Well... not quite. But welcome to your first look at "13 Reasons Why" Season 2. Netflix released five photos of the new season on Thursday, and it looks like we'll hit the ground running with an emotional roller coaster as the students and Hannah's family head to trial in the wake of her death at the end of Season 1. Here, we see cool guy Tony crying on the shoulder of Caleb with the rear window of his classic car smashed in.