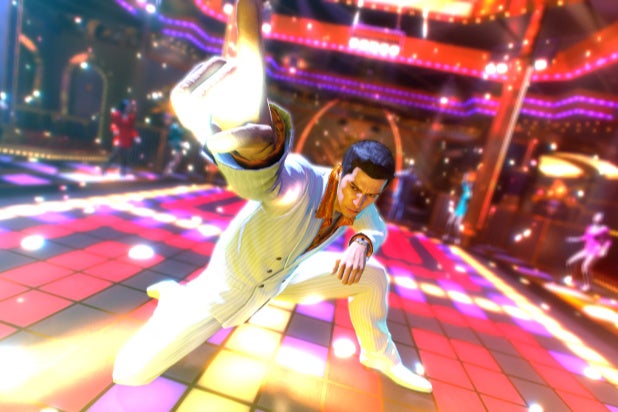 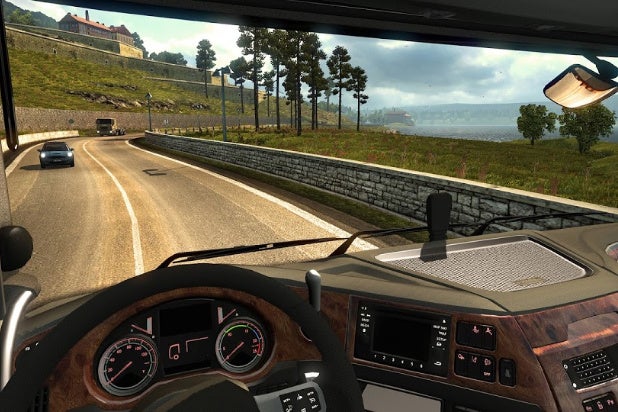 "Euro Truck Simulator 2" -  This game, which is available for PC and Mac, has been one of my favorites for a long time. I just turn on one of the European pop radio streams available in the game, and drive around. I pretty much only do jobs so I'll have a destination -- you could just not do them if you'd rather just wander. 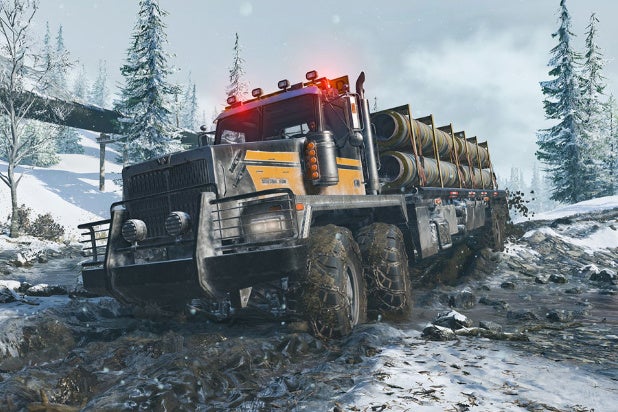 "SnowRunner" -  It's like "Euro Truck Simulator," but in places that mostly just have dirt roads that are covered in snow. The other night I spent an hour slowly pulling my truck out of a mud puddle and I loved every second of it. 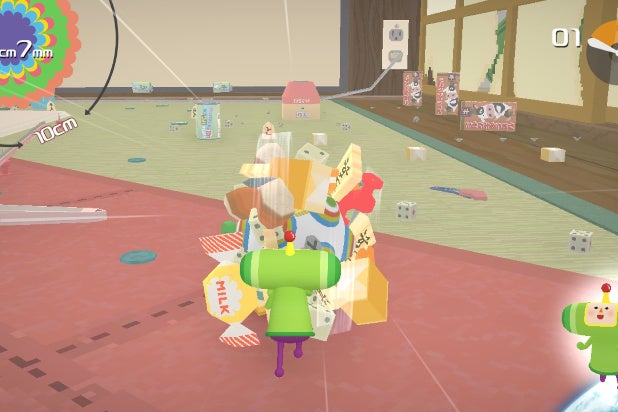 "Katamari" series - These games are about rolling up garbage into a giant ball. They're cute, and nice, and upbeat. The most recent of these, "Katamari Damacy Reroll," is a remake of the original game for Switch and PC. If you've got an Xbox 360 or PS3 lying around you can play some of the older games too. 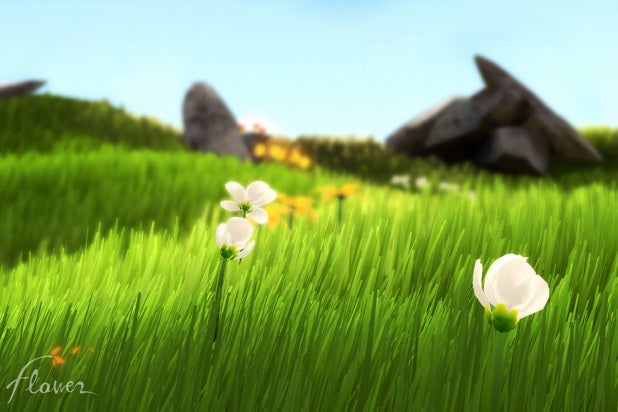 "Flower" - This game, which you can get as a digital download on any recent PlayStation device or on PC, is so chill and therapeutic. You're just a flower petal floating on the wind drifting around with other flower petals. It'll make you feel good. 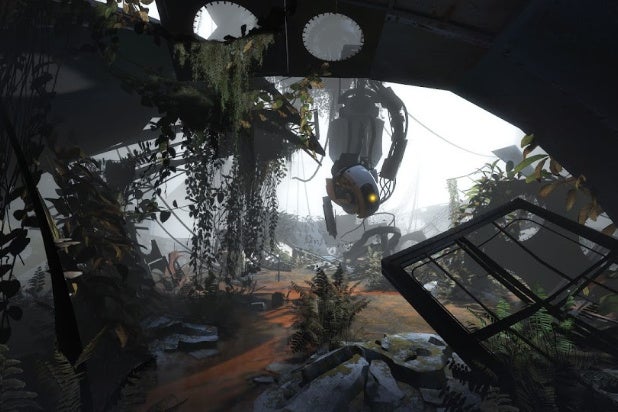 "Portal" series -  It's got a novel brand of puzzles, as well as a similar, though less crass, sense of humor to "Saints Row." The story is overall almost nihilistic, and it's got plenty of jokes about giant corporations exploiting people in horrible ways. It feels just about right. 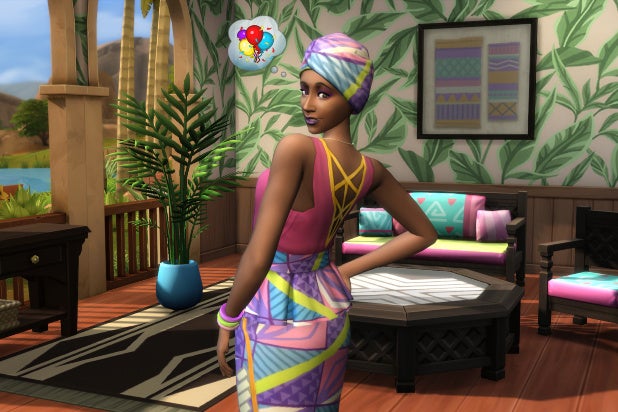 "The Sims" - You probably know all about this series a this point, so let this simply serve as a reminder. 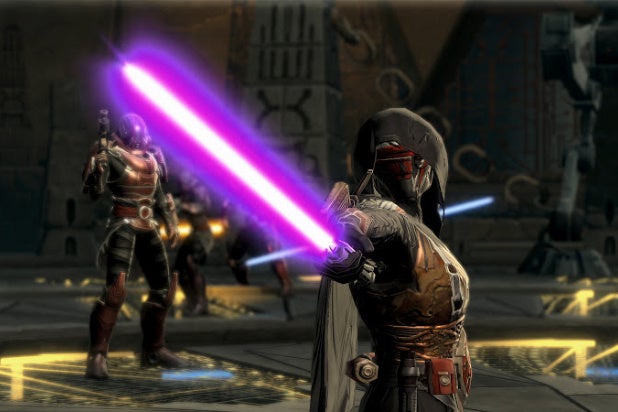 "Star Wars: The Old Republic" -  This online "Star Wars" game is free for anybody with an ok gaming PC (it came out in 2011, so it's not super demanding), and it's very easy and chill to get into after nearly a decade of quality-of-life improvements. But the real reason you should play it is because it's got the best "Star Wars" stories from the past ten years. 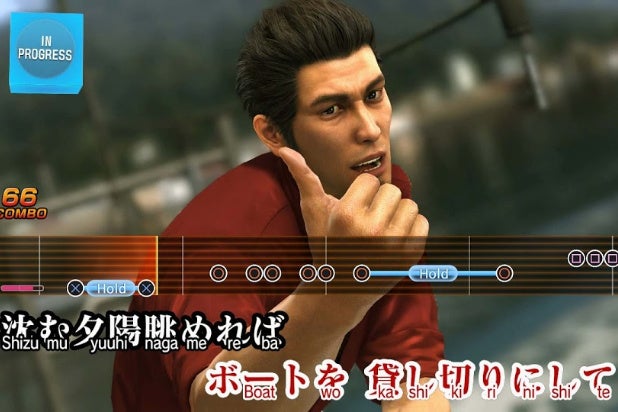 "Yakuza" series -  The main stories in these games are overwrought Japanese melodrama, but the real fun is the wacky shenanigans that gangster Kiryu Kazuma gets into in his every day life. That juxtoposition hits the sweet spot. You can get these for PlayStation or PC. 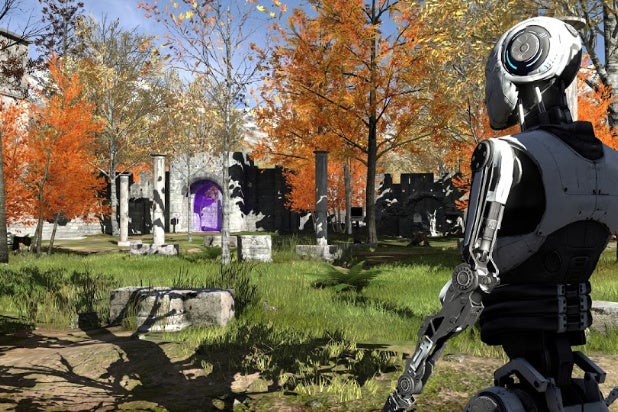 "The Talos Principle" -  It's another 3D puzzle game in the vein of "Portal," but instead of cracking jokes it's more about musing about the nature of humanity, which has long since gone extinct. That may sound upsetting, but honestly it's pretty calming. It's like going to therapy, but in a puzzle game that's available on every platform, including mobile devices. 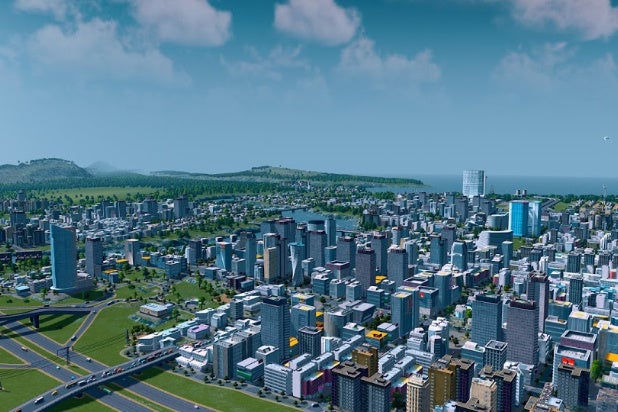 "Cities: Skylines" -  It's kinda like Sim City, but I like this one much more just because it's generally less complicated and annoying. Even better: you can get it on PC, Mac, PlayStation, Xbox and Switch, which is unusual for a game like this. 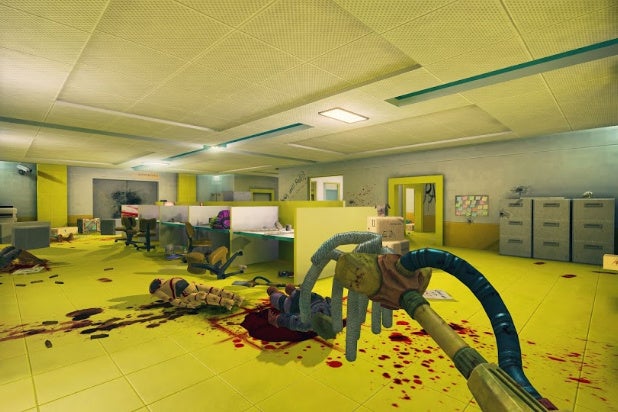 "Viscera Cleanup Detail" -  So when you're playing a shooter game, you tend to leave a lot of corpses behind as you move to each new area. But in this game, which is available on Steam for PC and Mac, you're not the one doing the shooting -- you're the one who cleans up all the bodies and mops up and blood. Some people enjoy cleaning their homes to chill, and this is like that but you don't have to stand up. 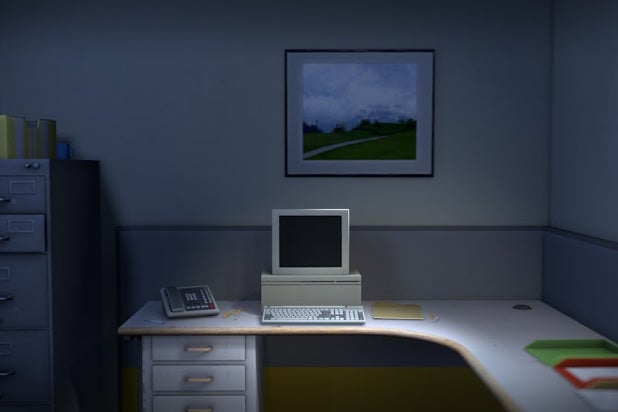 "The Stanley Parable" -  Nothing really happens in this game. You just wander around pressing buttons and try not to do what the narrator tells you to. It's a weird comedy meta-game of sorts, mocking standard video game storytelling. If you play a lot of video games, it'll amuse you. Available for PC and Mac. 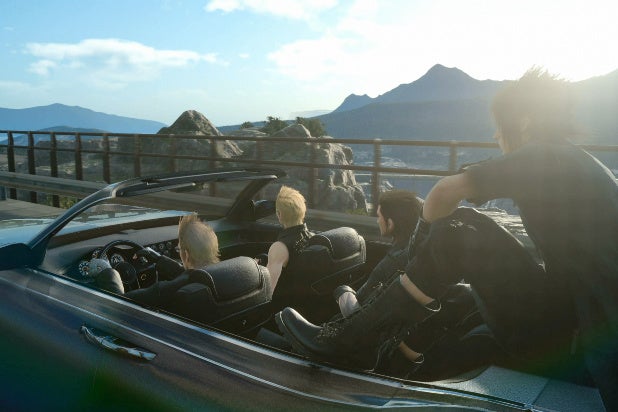 "Final Fantasy XV" -  Like all "Final Fantasy" games, the plot here is ludicrous. But the appeal of this game for me has always been as a sort of road trip simulator. You roll around the country with your bros, stopping every once in a while to get gas, kill some monsters, go camping, or climb to the top of a volcano to take down a giant bird so you can take its giant eggs and eat them with cup noodles. It's nice. 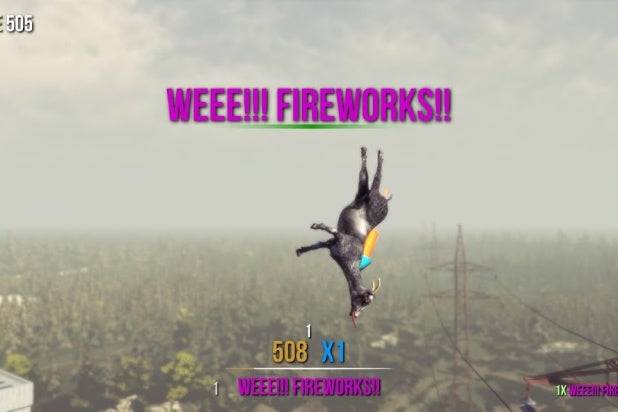 "Goat Simulator" -  This may be the dumbest game ever made. It's not a real "simulator" in the normal sense -- it's actually just a goofy physics game where you like strap a jetpack on your goat or whatever. It's available on pretty much every platform you might use for gaming so you should probably just go for it. 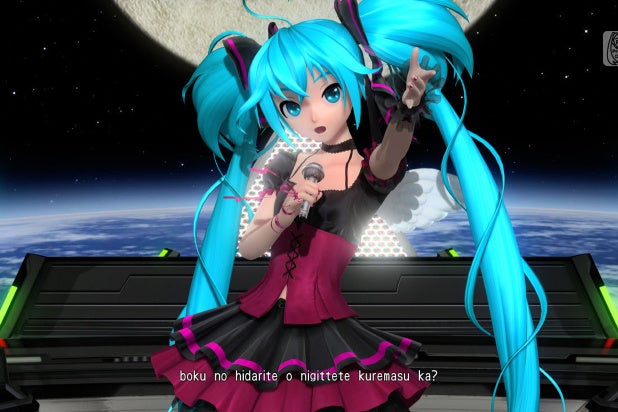 "Hatsune Miku: Project DIVA Future Tone" -  It's just a silly PS4 rhythm game where you perform songs by the famous "vocaloid" Miku and her digital friends. There's plenty of excellent songs, and most of them come with stupidly amusing music videos. And unlike the other Miku games, this one doesn't bother with a plot or any kind of unlock progression. You just have all the 200+ songs from the start and there's nothing to try to force you to do songs you don't like. 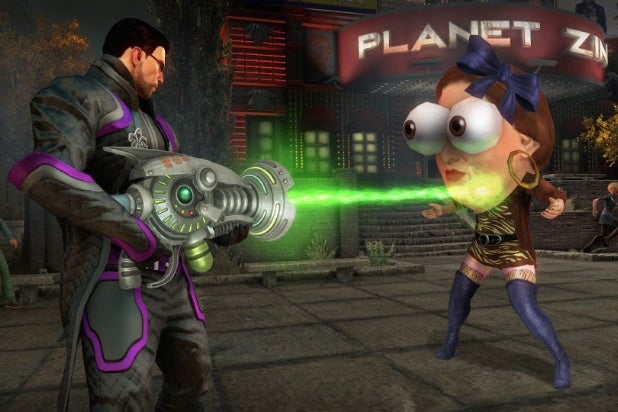 "Saints Row IV" -  I will admit that I've had a pretty tough time laughing at anything the last couple months (have we really been in lockdown that long?), but the ludicrous action comedy game "Saints Row IV" manages to hit the spot even so. Plus it has just enough of a dark tinge to fit this moment in history -- it's pretty much just "The Matrix," except it's aliens running the simulation after they blew up the Earth. Anyway it's funny in the right way for right now. You can grab this on any current game console or PC. For maximum chill, just turn down the difficulty setting and enjoy the madness. 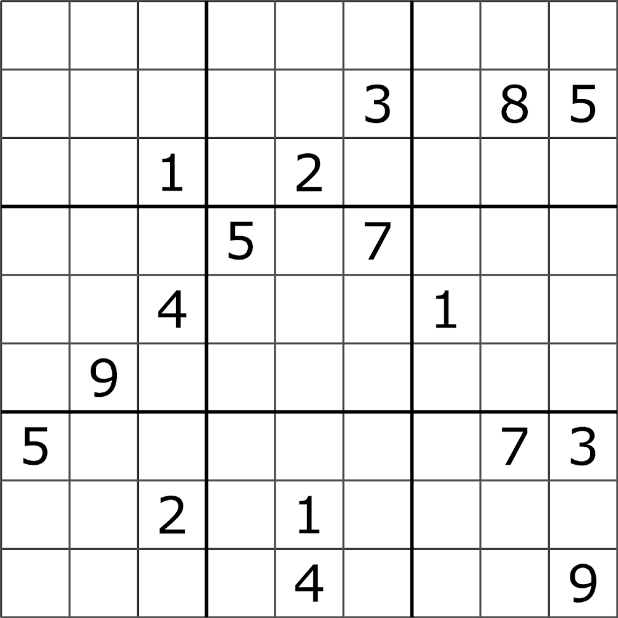 Any mobile puzzle game -  This is your reminder that any app store you have on your phone is absolutely full of free puzzle apps, like word searches or crosswords or whatever. My phone go-to is sudoku, but almost certainly you can get whatever your preferred puzzle time-waster is without having to pay anything.
x
Looks like you're enjoying reading