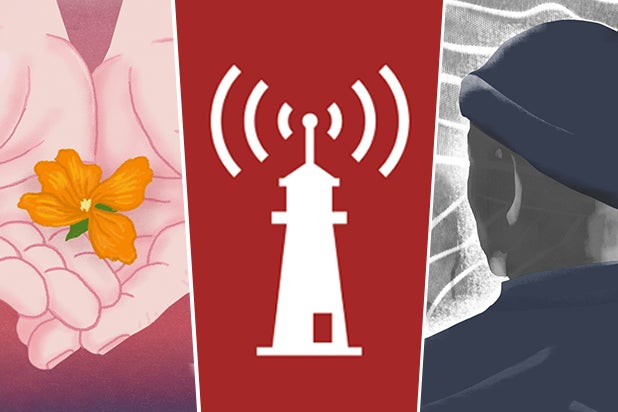 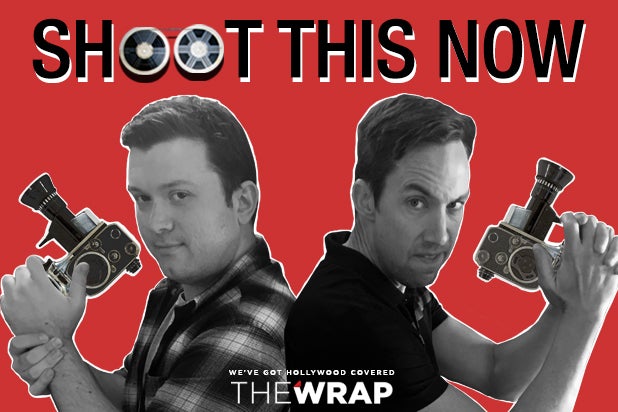 Before we begin, can we plug for our own podcast? TheWrap's "Shoot This Now" features Matt Donnelly and Tim Molloy talking about stories we want made into movies. We've talked about stories from many of the podcast on this list, including "Atlanta Murder" and "Mic Dicta." Here it is on Apple Podcasts and Spotify.

Longform Podcast: The three co-hosts talk to the best nonfiction writers alive about how they practice their craft. Our favorite interviews include Chana Joffe-Walt pulling back the curtain on her "This American Life" masterpiece, "Five Women," and Taffy Brodesser-Akner, the best celebrity profiler alive, explaining how she made the best of Nicky Minaj dozing off during an interview. 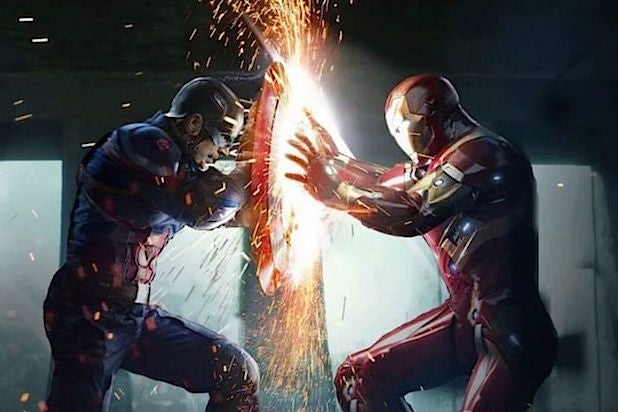 Business Wars: The latest edition of the podcast from Wondery focuses on the rivalry between DC and Marvel. It begins with a multimillion dollar staredown over the release date of Marvel's "Captain America: Civil War," and then flashes back through the origins of both companies -- including the fact that Superman's creators initially earned only $130 for the Man of Steel. 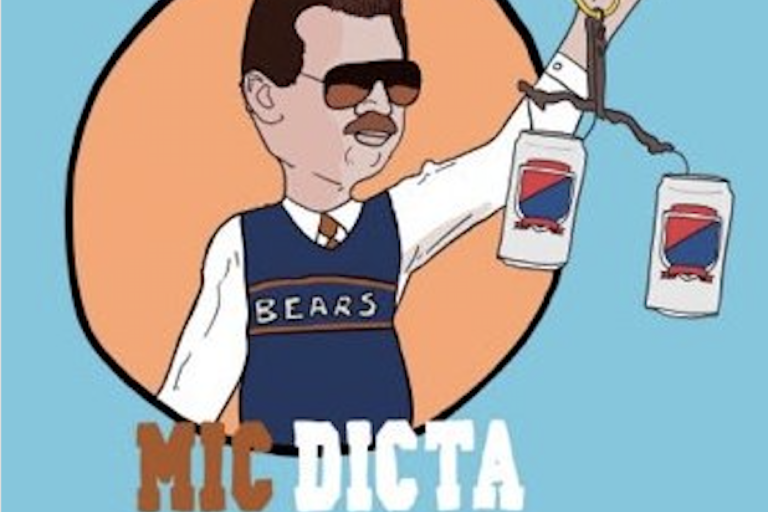 Mic Dicta: A phalanx of lawyers crack jokes that are actually funny about legal issues that actually matter, like immigration policy and how not to sue an improv troupe. You know: Issues that affect us all. 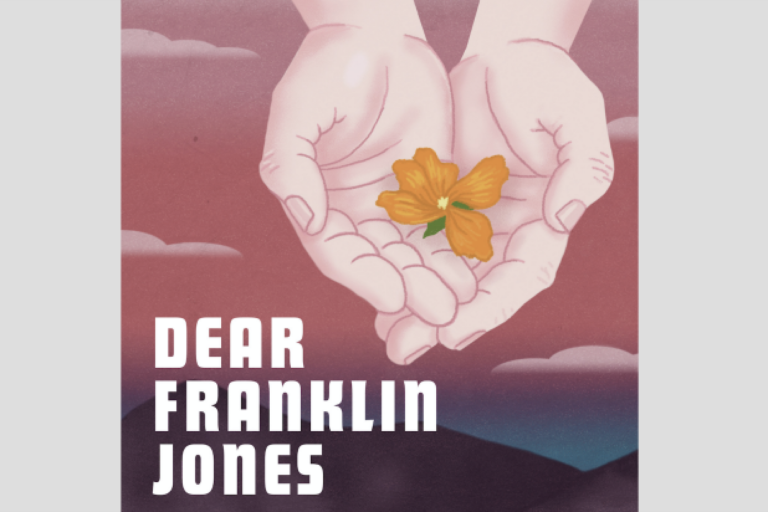 Dear Franklin Jones: If you love Netflix's "Wild, Wild Country," drink in this eerie story of how intelligent people are lured into cults -- told by Jonathan Hirsch, whose parents were among Jones' followers. 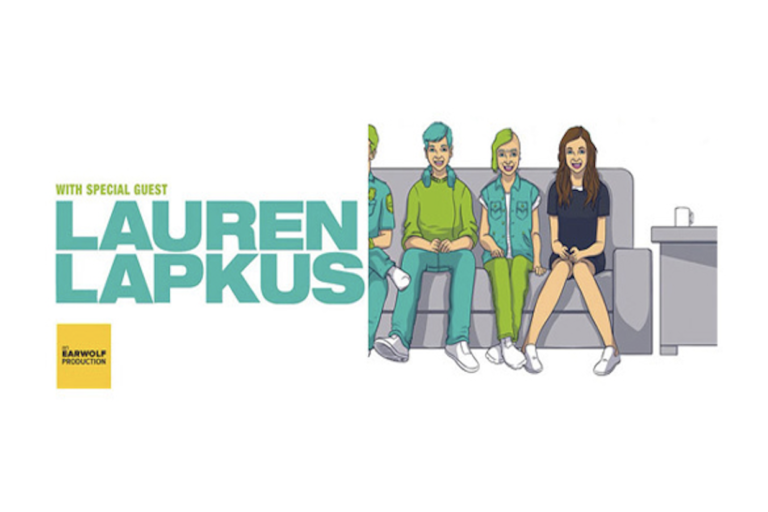 With Special Guest Lauren Lapkus: The two things we've laughed hardest at in the past few months are Lauren Lapkus as a gossiping Rudolph the Red-Nosed Reindeer and one of her guests, Joe Wengert, hosting a bizarre episode called "California Supreme Win-Show." Each week Lapkus, a star of Pete Holmes' "Crashing," welcomes a different guest, and together they create a new fake podcast more entertaining than most real podcasts. It's on a brief hiatus, which gives you time to catch up.

Threedom: Lapkus joins comedy podcasting legends Scott Aukerman and Paul F. Tompkins for silly conversations that evolve into ridiculous stories and then brilliant improv games you will never get through without laughing. 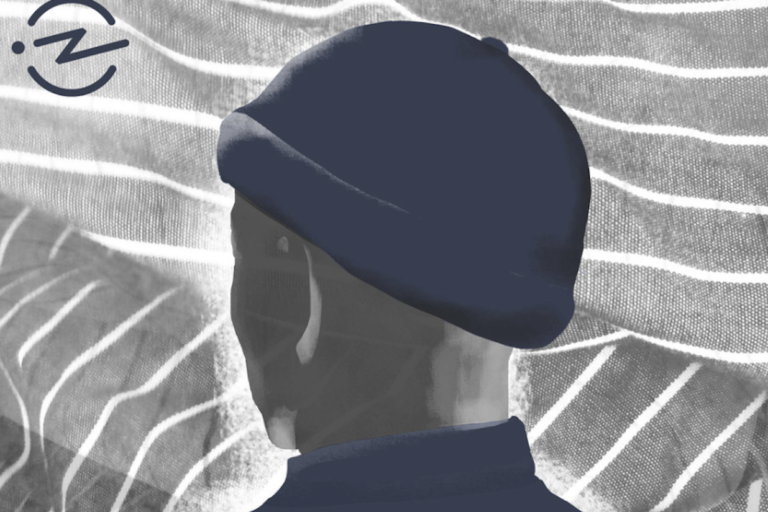 Ear Hustle: The only podcast approved by San Quentin prison takes you behind bars to hear from California prisoners who explain prison food, love and sex while doing time, and how cellies share their tight living space. The Radiotopia production is brought to you by Bay Area artist Nigel Poor, who asks all the right questions, and inmate Earlonne Woods, who has all the answers. Season 2, which recently premiered, includes the moving story of an inmate who hugs his mother for the first time in over a decade. 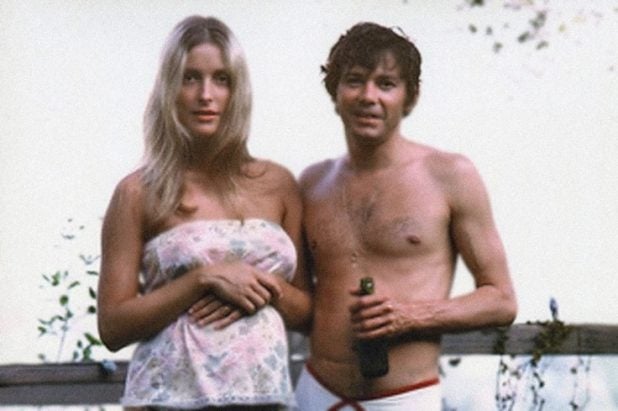 You Must Remember This: Our all-time favorite podcast. If you're interested in Quentin Tarantino's upcoming Manson film, listen to host Karina Longworth's exquisite history of the Manson murders -- including the fascinating figures most people have forgotten. The Hollywood history podcast is on hiatus, but the archived episodes still make the past feel shockingly modern. 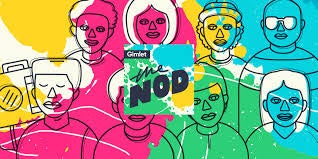 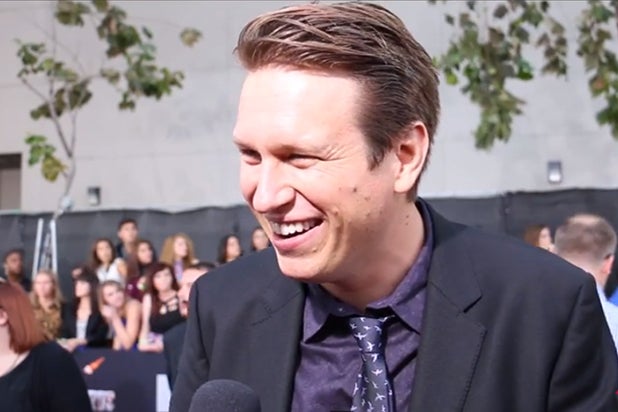 You Made It Weird With Pete Holmes: We assume you already know about Marc Maron's "WTF." But if you want another deep-dive conversation show hosted by a successful comedian, look here. Holmes, star of the aforementioned "Crashing," mixes goofy jokes and impersonations with vulnerable discussions of what it means to be human. His recent re-post of a 2016 talk with Garry Shandling will delight anyone who loved Judd Apatow's "The Zen Diaries of Garry Shandling." 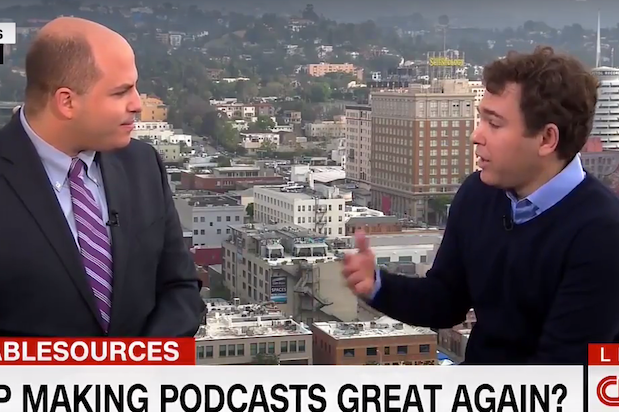 Lovett or Leave It: Former Obama speechwriter Jon Lovett recorded his first show the night Donald Trump failed to repeal Obamacare, and if you wanted to hear the sound of liberal glee, this was it. "Lovett or Leave It" is a spinoff from "Pod Save America," part of Crooked Media, a political podcasting business started up by a coterie of former Obama Administration that has quickly come to rule the podcasting world. Lovett is the funniest of the erudite "Pod Save America" crew, providing comic relief from whatever dire news they're discussing on any given week. The pop-culture references make the serious policy talk feel fun.

Sit and Spin Room: If "Lovett or Leave It" makes you want to do something, this podcast will give you good, grassroots ideas for what to do. We started listening to this because one of the hosts, the mysterious LOLGOP, is an old friend. But that simple thrill was quickly replaced by a deep respect for the funny, common-sense approach the podcast takes -- and the way the hosts actually listen to their guests, who deliver the kind of policy discussion you rarely hear in the national media. 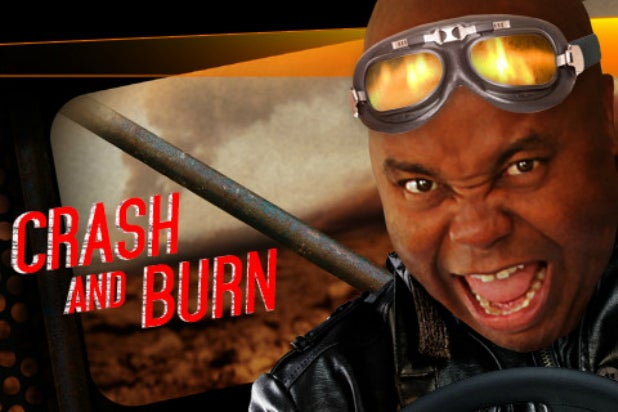 Snap Judgment: A radio show/podcast that delivers "This American Life"-style narratives backed by evocative music. Because it recoils from anything that even hints at the 24-hour news cycle, this is the perfect show for when you want an immersive, important story -- but don't want to be bummed out by current events. 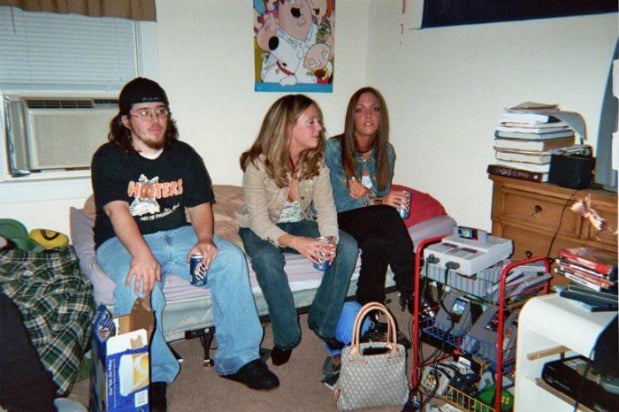 Reply All: It's basically "This Internet Life" -- goofier and more relaxed than Ira Glass' gold standard for audio stories, but often every bit as informative and emotional. 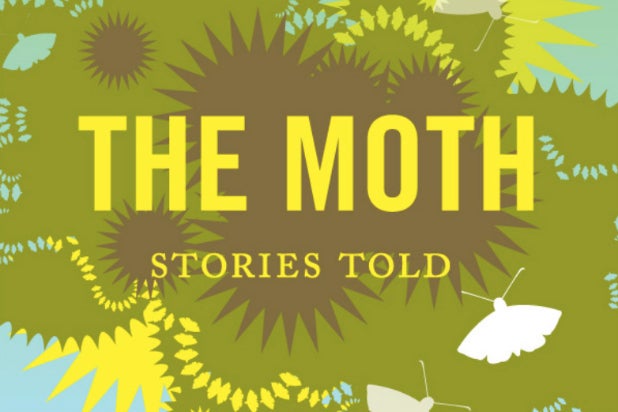 The Moth: Storytelling gathering “The Moth” turns some of its best presentations into a weekly radio show and podcast. The theater brings regular people onto its stage to tell their stories, making its podcast a compilation of interesting, off-beat, intense and often funny stories that could cover just about anything. 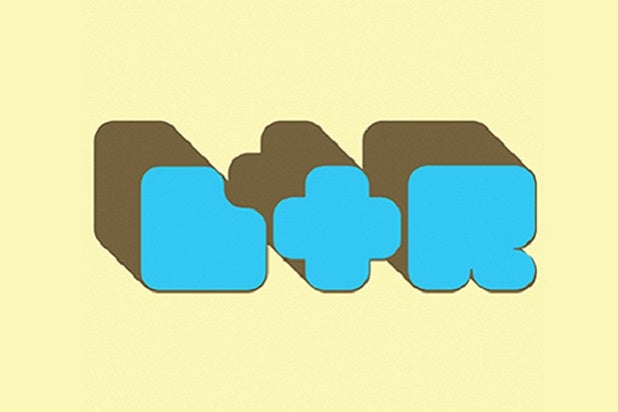 Love + Radio Radiotopia's podcast pops up monthly to mostly tell nonfiction stories through deep, fascinating interviews. The "Living Room" episode starts out being about neighbors having sex, then turns into something else entirely. It made the hosts of our "Shoot This Now" podcast cry.
x
Looks like you're enjoying reading