"This is pretty much next to God for me," said Alamo Drafthouse founder Tim League last night at Universal’s 20-minute sneak peak at three scenes from Sacha Baron Cohen’s upcoming "Bruno."

Cohen might not look like a deity, but he clearly enacts a wrathful vengeance upon his immoral targets — in this case, homophobia in America. The scenes previewed for a wildly receptive audience included video introductions from Cohen, where he laid out the basic plot of the movie, highlighting its thematic intent.

The eponymous character, an exaggerated gay Austrian journalist, decides he wants to hit it big in America. Discouraged by his reception in the country, he transforms himself into "Straight Dave," whose male-oriented tendencies still get the best of him. 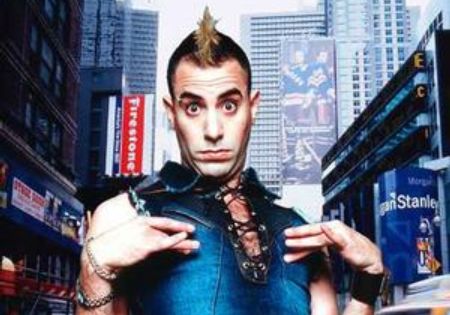 The first scene showed Bruno auditioning children for a subversive movie with a number of offensive acts involved. One by one, clueless stage moms agree to the increasingly absurd requirements Bruno sets forth. (One woman admits her infant daughter could lose seven pounds in a week to fit the part.) Finally, Bruno tells her about the scene, in which the child has to dress as a Nazi pushing someone into an oven. As usual, Cohen is the master of eliciting real life double-takes on camera.

In the second clip, Bruno appears on a daytime program called "The Richard Bey Show," as a single father trying to find a boyfriend to help him raise his adopted black child. The audience, exclusively African Americans, gives him an earful. But the scene reveals the passionate distaste for same-sex parenting that many Americans comfortably express.

Cohen forces it out of them with his intentionally assaultive performance. The baby "has a traditional African name," he says. "O.J." Then, he pushes them one step further through a series of explicit photographs showing Bruno with other men in various stages of undress while the baby sits nearby. And he drops a bombshell: "He’s a real dick magnet."

In the final scene, Bruno appears as Straight Dave in an obscene cage match, one of several that received some attention from the press when Cohen began making his way through the south several months ago.

Cohen enters an arena surrounded by screaming drunks and, once again, toys with their biases. "Who’s ready for an old-fashioned hetero-fest?" he asks. A seemingly random crowd member emerges to fight Straight Dave, but midway through, the two lock eyes and start making out. The crowd looks on in revulsion as the men strip off their clothes and engage in a passionate expression of love, while the soundtrack plays kinky music and the cameras swirl around them. Those incredible real life double takes make another appearance.

And just like that, it was over. On the big screen, Cohen made once final plea. "If you want to see any more of my film," he said, "buy a f–king ticket."

Odds are strong that people will heed his advice. The movie opens July 10.