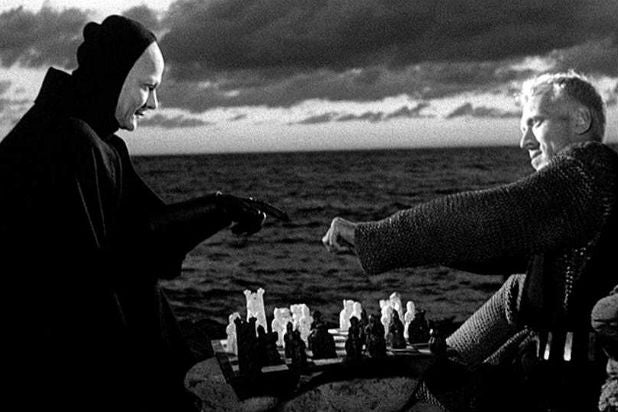 "The Seventh Seal" (1957) - If you haven't seen Ingmar Bergman's masterpiece, drop everything and do it now -- if only so you can finally understand the context for half the jokes in "Bill and Ted's Bogus Journey." Set during the Black Death plague of the 1300s, the film centers on a knight who encounters the angel of death, and the game of chess they play for his soul. 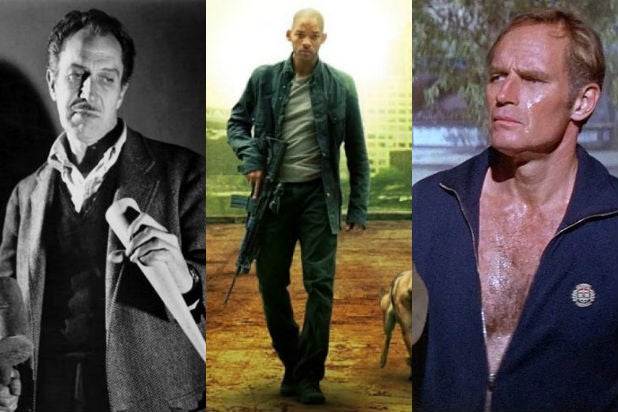 "The Last Man on Earth" (1964)/"The Omega Man" (1971)/"I Am Legend (2007)" - Richard Matheson's 1954 novel "I Am Legend" inspired three very different adaptations. All they have in common is that a plague wiped out most of humanity and the survivors, save the main character, have been turned into (essentially) vampires. Will Smith's 2007 film kept the title but removed pretty much everything related to the book's big twist. Vincent Price's charming 1964 film preserves the plot best but has the lowest budget. But we're most partial to Charlton Heston's ultra-hammy 1971 film. 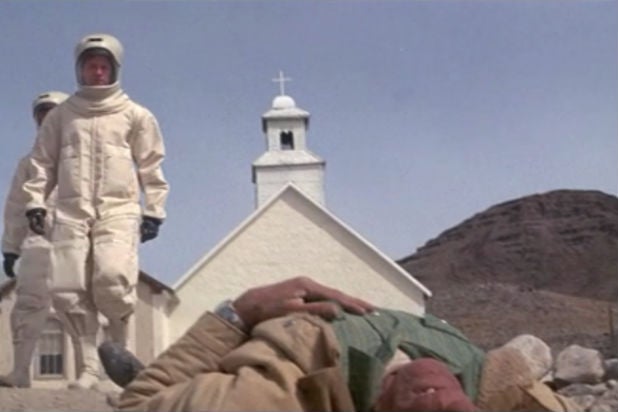 "The Andromeda Strain" (1971) - Based on the Michel Crighton novel, the film follows scientists investigating an infectious organism that fell to Earth from space. We'll spoil the ending by telling you they mostly save the day, so relax. Notable for some very innovative cinematography. 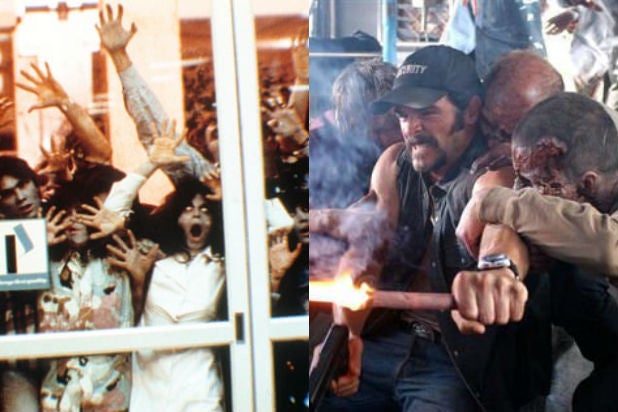 "Dawn of the Dead" (1978/2004 remake) - George A. Romero's 1978 classic isn't just a clever satire of consumerism. It's also a look at how the zombie apocalypse functions like a plague. And while Zack Snyder's action-packed remake ditched the satire, it actually expanded the disease element. Both are perfect to watch when you want your global pandemics fictional instead of so IRL you can't sleep. 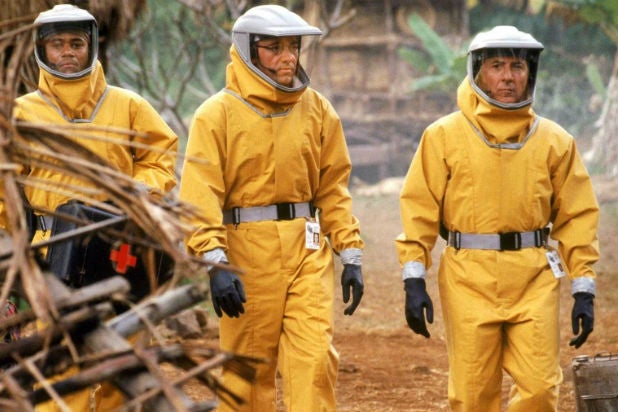 "Outbreak" (1995) - When a new viral hemorrhagic disease breaks out in a small American town, CDC scientists race against time to stop it from spreading. Unfortunately, they also have to deal with a bloodthirsty Army general who wants the virus for a bioweapon and is determined to prevent a cure. This absurd plot was inspired by a celebrated nonfiction history of viruses like ebola because ah, Hollywood. But at least it's directed by the great Wolfgang Petersen. 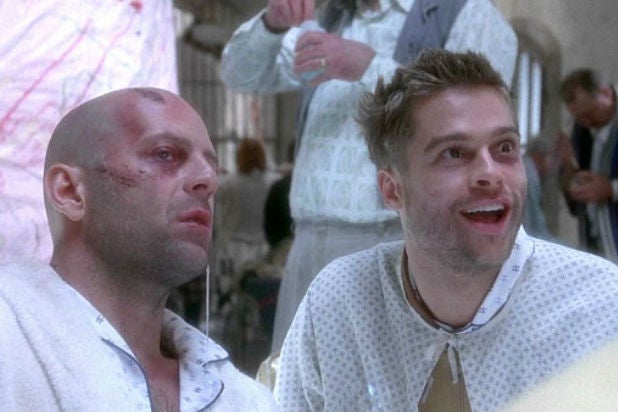 "12 Monkeys" (1995) - Terry Gilliam's sci-fi classic stars Bruce Willis as a time traveler sent back to the 1990s to identify the origin of a global pandemic that nearly wiped out humanity. The portrayal of our world just before, and long after, the (near) end of civilization is harrowing. Luckily, the crazed ecoterrorist wannabe played by Brad Pitt provides much needed comic relief. 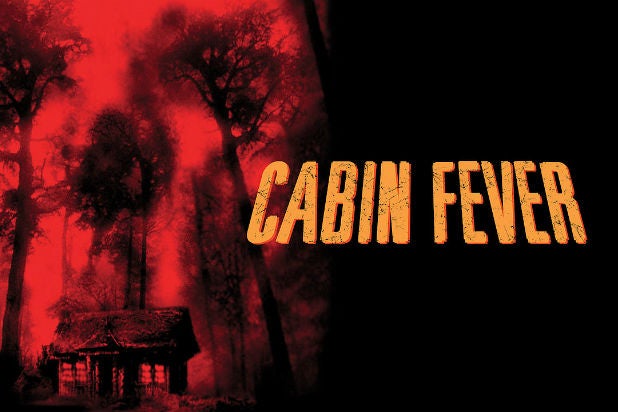 "Cabin Fever" (2002) - Eli Roth's directorial debut follows a group of recent college graduates who become infected with a flesh eating virus during a camping trip. It was remade in 2016 but neither version makes camping look any more appealing. 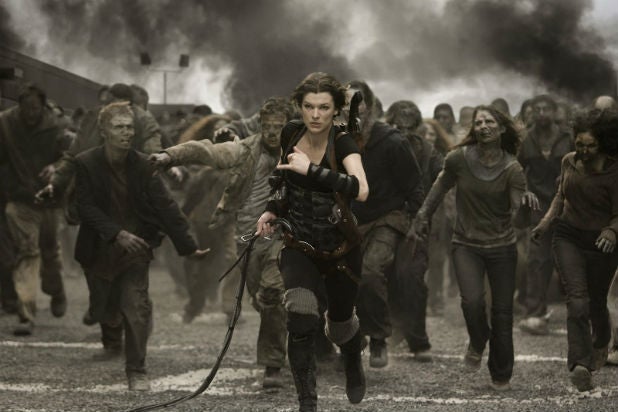 "Resident Evil" Series (2002-2017) - The only things you need to know about this multifilm franchise based on the Capcom video games is that an evil corporation creates a virus that turns most of humanity into zombies, Mila Jovovich kicks a lot of ass, and it's a go-to for seriously awesome actors looking for paycheck jobs they don't have to be embarrassed about. It's great. 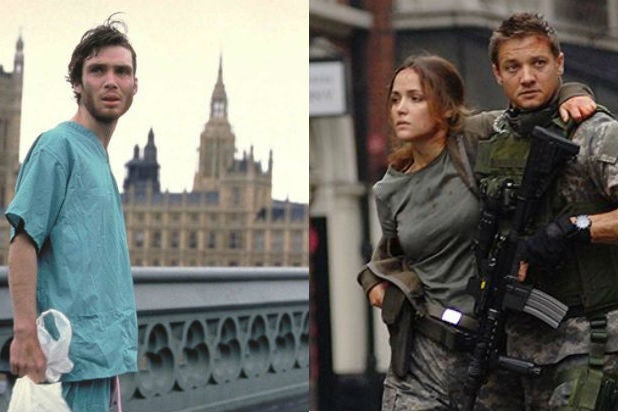 "28 Days Later" (2003)/"28 Weeks Later" (2007) - In Danny Boyle's excellent 2003 original, and its very superior sequel directed by Juan Carlos Fresnadillo, the world is beset by a viral pandemic that turns anyone infected into permanently enraged monsters. Don't call them zombies but, uh, they totally are. 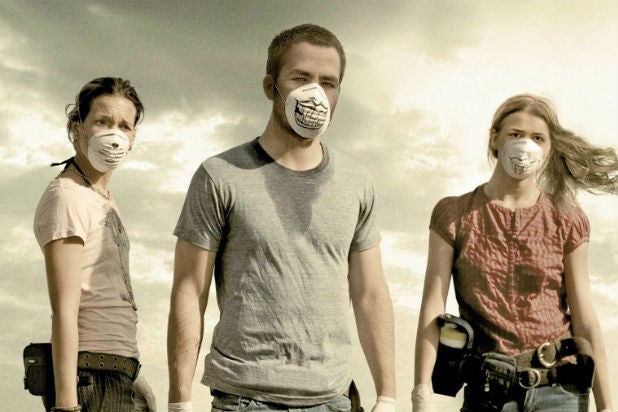 "Carriers" (2009) - In this postapocalyptic drama, four friends who survived a global pandemic road trip to a place they can hopefully live in peace. Spoiler: Things don't really work out. But it has Chris Pine, Emily Van Camp, Christopher Meloni and Piper Perabo, plus Kiernan Shipka in one of her earliest pre-"Mad Men" roles. 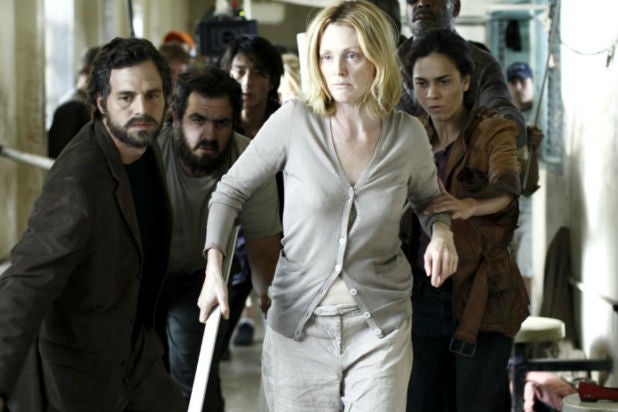 "Blindness" (2008) - Based on the Portuguese novel by José Saramago, the film looks at what happens when the world is hit by a pandemic that renders people blind. Worth it for the cast alone, which includes Julianne Moore, Mark Ruffalo, Gael García Bernal, Danny Glover and Alice Braga. 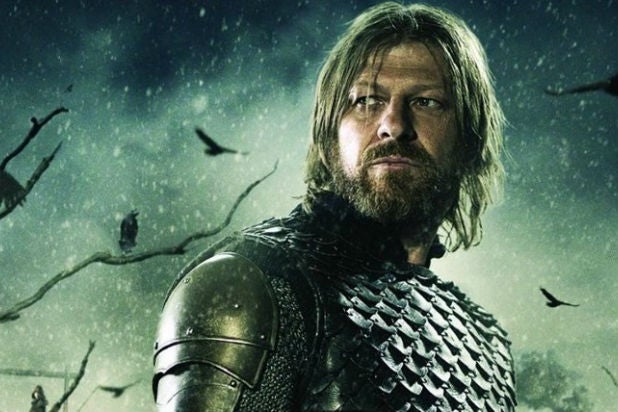 "Black Death" (2010) - Sean Bean gets in a warm up session for his career-defining role as Ned Stark here as a leader of a group of knights searching for a heretic during the 14th-century plague. Eddie Redmayne plays a monk who accompanies the knights. Fun fact: Carice van Houten also gets in a "Game of Thrones" warm-up, playing a scheming maybe-maybe-not witch. 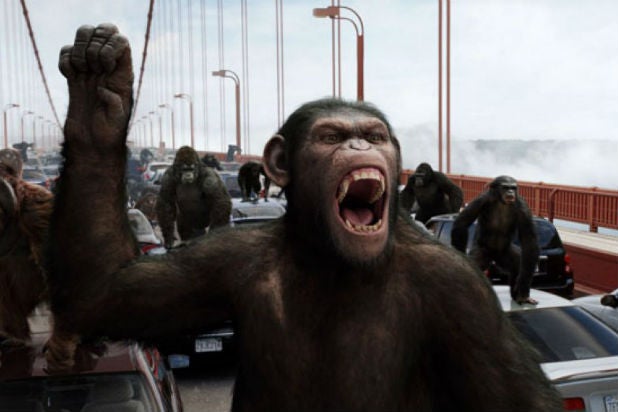 "Rise of the Planet of the Apes" (2011) - The reboot of the 1960s-70s "Planet of the Apes" series is anchored by a truly exceptional mo-cap performance from Andy Serkis as the super-intelligent chimp Caesar. It's in this list because Caesar gets his brainpower from an experimental viral-based Alzheimer's treatment, which unfortunately mutates into a deadly pathogen that kills billions of humans. Whoops. 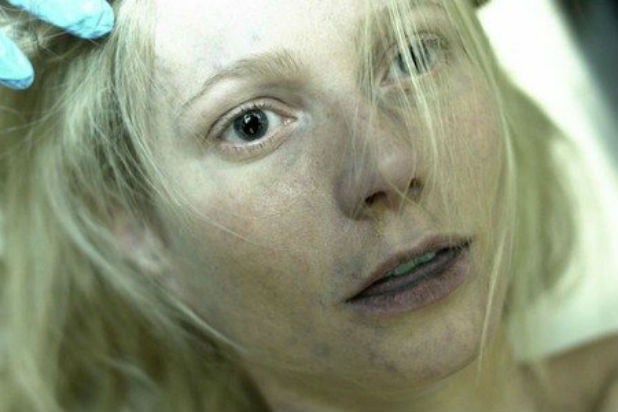 "Contagion" (2011) - You might recognize this as the Steven Soderbergh film where Gwyneth Paltrow dies horribly from a deadly new virus. It's also a smart thriller about how diseases spread, the difficulty in finding a cure and the way conspiracy theorists and incompetent or malicious authorities can make it worse. Uh, excuse us we need a drink this is too real. 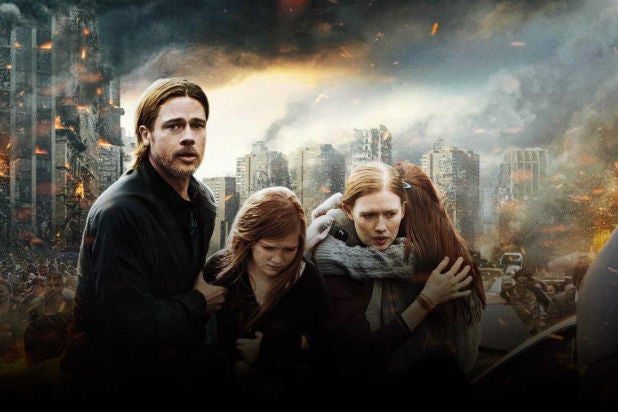 "World War Z" (2013) - If you loved the fictional oral history (written by Max Brooks) of how humanity narrowly survived a zombie apocalypse, you'll kind of like this in-name-only adaptation directed by Marc Forster. Brad Pitt plays a UN worker racing against time to discover the origins of a sudden global zombie pandemic -- who still takes time to make damn sure product placement contracts are fulfilled. 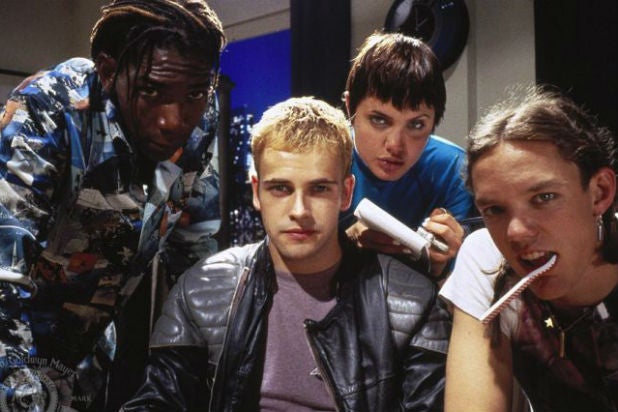 HONORABLE MENTION: "Hackers" (1995) - We saved the absolute best for last. It's not just a surprisingly great '90s artifact about computer geeks fighting an evil corporate techie. With a dope soundtrack. And a cast packed with virtual unknowns who would go on to huge fame and acclaim, including (no, really) Wendell Pierce, Lorraine Bracco, Matthew Lillard, Jonny Lee Miller and Angelina Jolie. (Plus the criminally underrated Laurence Mason, and the villain played by Fisher Stevens.) It's also a movie about a virus outbreak. OK, OK, a computer virus. But after all the death you saw in those other movies, "Hackers" is a welcome and much needed fun time. You're in the butter zone now, baby.
KEEP READING..