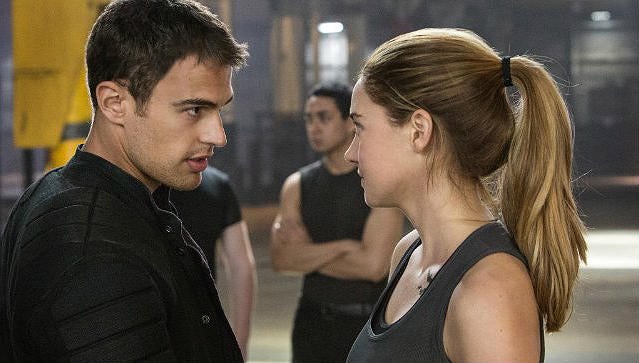 The first trailer for the upcoming film "Divergent" was revealed at the 2013 MTV Video Music Awards in Brooklyn on Sunday, offering fans a glimpse of what's to come when the film premieres on March 21, 2014.

The film stars Shailene Woodley as Tris Prior, who's warned she is Divergent and will never fit into any one group. When she discovers a conspiracy to destroy all Divergents, she must find out what makes being Divergent so dangerous before it's too late."

Check out the clip from "Divergent," based on the best-selling book series by Veronica Roth, below.

For your further convenience and edification, we're also including an infographic detailing the five virtue-based factions of the "Divergent" world below the video.