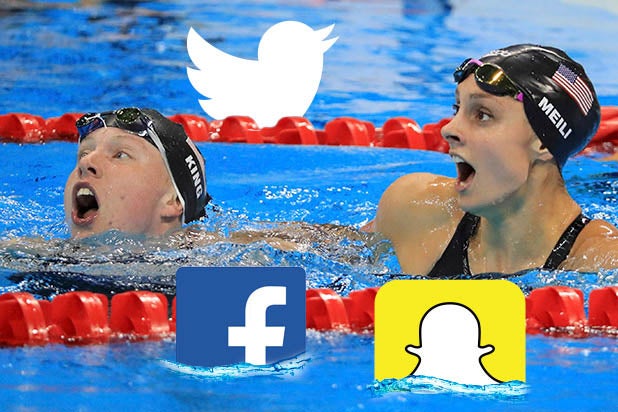 The bellyaching began even before the 2016 Olympic Games did. NBC’s decision to wait an hour to begin airing the Opening Ceremony resulted in a flood of complaints about the delay. And then the disappointing live prime time ratings started rolling in, with each new batch of Nielsen fast nationals bringing with it fresh attempts to explain why, on average, 12.7 percent fewer Americans watched the Games of the XXXI Olympiad than they did back in 2012.

Various observers attributed the loss to: Millennials, social media, tape delay (largely a complaint of West Coast viewers who had to wait three hours to watch events that may have concluded as much as eight hours before).

Those factors don’t fully explain the ratings gulf between Rio and London, however. Millennials are the largest living generation. In 2012, the teen audience for the Olympics was up 22 percent from 2008 (47 percent, for teen girls) — most of those viewers fall under the “Millennial” umbrella. The reason they didn’t watch the Games in 2016 wasn’t because they were too busy Snapping selfies, it was because they didn’t care.

Don't blame millennials – you can't tape-delay that much in 2016. They took a shit on everyone on the West Coast. https://t.co/Vwhi6SOm1S

The London Games had the same problem of results appearing on Twitter and Facebook and the rest of the Internet long before NBC’s primetime coverage began in the U.S. London is five hours ahead of the East Coast, and eight ahead of the West … yet 38.7 million viewers tuned in the night the U.S. women’s gymnastics team won America’s first gold medal since 1996.

Also, the markets in which the Rio Olympics had been garnering the biggest share of audiences — Salt Lake City and Denver — are in the Mountain Time Zone, that strange no-man’s-land of TV time.

As for social media “eating” ratings, most of these outlets were also around four years ago. The 2012 London Games saw “well over 150 million tweets,” according to Twitter’s own account. Rio had 187 million tweets, despite the fact that Twitter had more than double the monthly active users at the end of June 2016 than it did at the end of June 2012.

Furthermore, social media usage is generally considered an additive to the TV viewing experience, rather than a replacement. Don’t believe the hype about massive numbers of “views” for Facebook Live videos or Snapchat Stories: Facebook counts a video play longer than three seconds as a view, while for Snapchat, you simply have to have a photo load on your phone to be considered a viewer. Note also that very little of the content on these apps and sites was footage of the events themselves — if you were looking to actually watch the Olympics, you had to do it through an NBC property. (Or pirate a stream.)

And while streaming use was up more than 100 percent from 2012, live streaming generally only added a percentage point or so to the total viewership pie. (NBC also doled out some live prime coverage on its fleet of cable networks like USA and MSNBC, which lifted primetime viewership around 5.5 percent.) The fact remains that most people do not have jobs that allow them to live stream the Olympics. They also aren’t constantly refreshing Twitter.

What no one has brought up is that these Games were some of the most rote in recent memory, stocked with veterans of perhaps too many Olympics (such as Michael Phelps, Ryan Lochte and Usain Bolt) and almost entirely absent of any significant rivalries to inflame the passions of potential viewers. The most shocking thing to happen was Lochte lying about a robbery …

Two decades ago, we had All-American Boy Gary Hall Jr. battling on Alexander “The Russian Rocket” Popov for the title of the fastest man in the water in Atlanta, a miniature resurrection of the Cold War that Hall lost, but which made for outstanding television. In contrast, the results for most of 2016’s competitions felt preordained; they weren’t spoiled by Twitter or Facebook, they were spoiled by the results of the previous two or three Olympics.

And perhaps more importantly, there was no central villain of the piece, no real conflict — the U.S. had no one to truly struggle against. You can see it in the medal count: America more than doubled the number of medals of its nearest competitor, Great Britain. Our athletes nabbed 19 more gold medals than the Brits.

Women’s gymnastics is perhaps the event most in need of editing — thanks to the agonizing wait time through the rotations — and also the one most worth watching. You might smile to see Zac Efron kiss Simone Biles on the cheek on Snapchat, but your jaw won’t drop the same way it does when you see how much air she gets on her floor routine. And Biles isn’t the only Olympian competing — and when she’s not shattering the laws of physics, or competing against someone else who is, there’s just not as much reason to tune in.

Simply put: Rio is when the extraordinary somehow became the ordinary.