Turns out “Wonder Woman” was an exception, not the new rule in Hollywood last year. A new study has found that the 100 top grossing films of 2017 saw even fewer female protagonists than the year before, making up just 24 percent, compared to 29 percent in 2016.

According to this year’s “It’s a Man’s (Celluloid) World” report by the Center for the Study of Women in Television and Film at San Diego State University, this low figure may come as a shock to many, as women characters gained high visibility in films like “Beauty and the Beast,” “Star Wars: The Last Jedi” and “Wonder Woman” — the three top grossing films of 2017.

“In an awards season when talk about women and gender has been top of mind, we need to separate hyperbole from reality,” Martha Lauzen, executive director of the center, said in a statement. “The numbers do not yet reflect claims of a tectonic or massive shift in the film industry.” 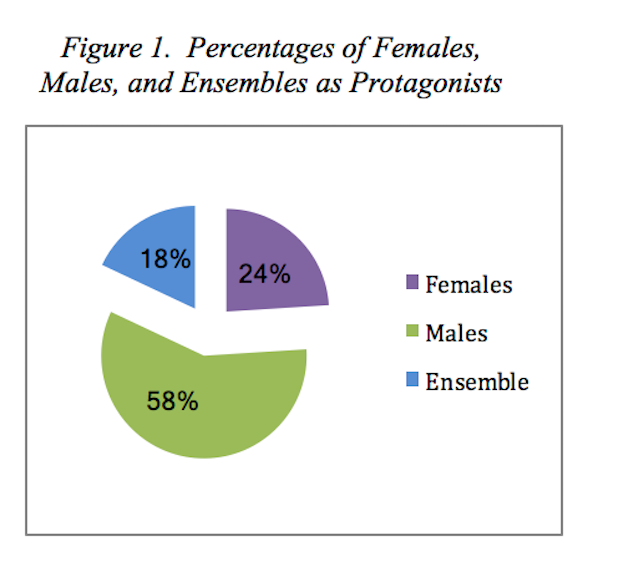 Center for the Study of Women in Television and Film 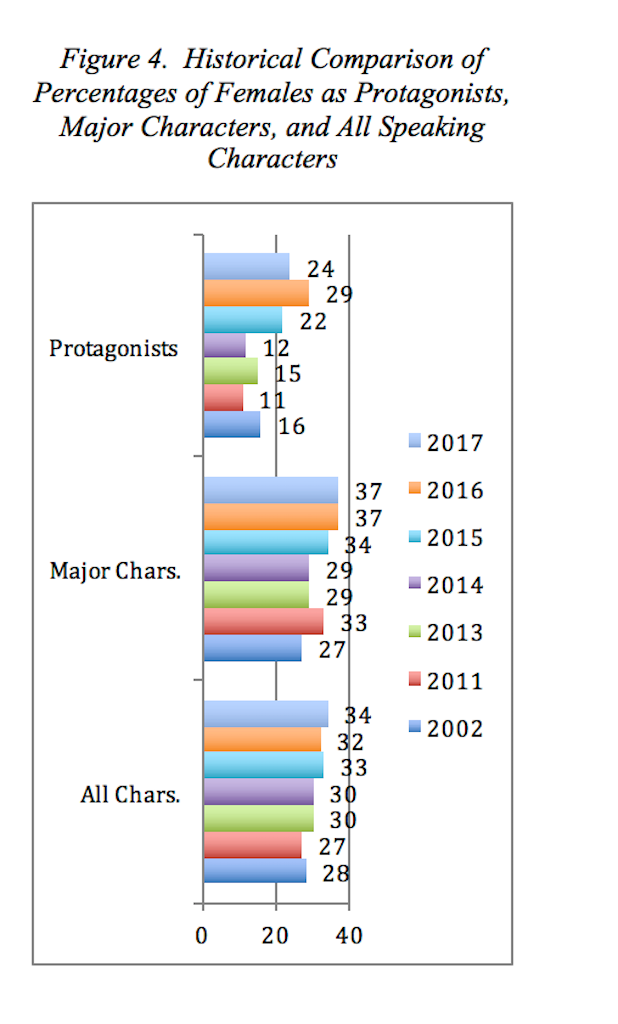 Center for the Study of Women in Television and Film

Gal Gadot and Chris Hemsworth both agree that Wonder Woman would beat Thor in a fight. Some fans might dispute that, but it's clear Diana Prince's film beat the Son of Odin's. With a 93 percent Rotten Tomatoes and a domestic opening of $103 million, "Wonder Woman" has outperformed some very good male-focused comic book movies. Here's a sampling that makes the case for more superwomen on screen.