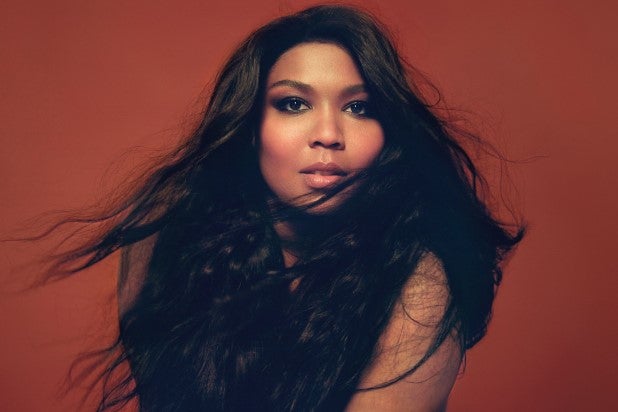 As the Grammy Awards roll back into Staples Center on Sunday January 26, the cream of the crop of every music genre descends on Los Angeles a few days early, to get pampered and painted, primped and clad – and to party, too.

Lots of private concerts lead the way heading into the big night, along with luncheons, charity galas, luxury suites, and more. And everyone wants the golden ticket to Clive Davis’ legendary bash.

Note that all events are by invite/guest list only.

ICM Partners shows off some of their favorite music clients with a lineup of performers including PJ, Stan Genius, Deanie Hitchcock and Nasty C.

With a series of shows at the Palladium, Citi credit cardholders get a chance to see their favorite musical stars perform; meanwhile, VIP guests and friends of Live Nation can score tickets, too. Grammy nominees hit the stage for three nights running: on January 22, it’s Brittany Howard; January 23 brings Brandi Carlile; and January 25 it’s the Jonas Brothers.

Advocating “Less Noise, More Music,” Lucky Brand clothing brings Third Eye Blind to the Roxy to perform a private concert for the company’s favorite friends in the worlds of music, entertainment and fashion. Some surprise special guests are expected to turn up, too.

Tony Martell may no longer be with us, but the CBS Records/Sony Music executive made his mark on giving back with the T. J. Martell Foundation, established after his son T. J. died of leukemia in 1975. Decades later, the cancer research foundation is going strong; this annual Grammys Week gala is supported by Live Nation and features great wines and other items up for auction for the very good cause of eradicating cancer.

Lizzo! Need we say more? Okay, at Spotify’s Thursday bash, all the Best New Artist Grammy nominees are expected to perform. Beyond Lizzo, look for Tank and the Bangas (our New Orleans’ favorite), as well as Maggie Rogers, Rosalia, Yola, Black Pumas and Billie Eilish to each take the stage.

Reggae takes center stage at the One Love bash, with Stephen Marley and Wyclef Jean set to perform.

Warner Music flexes its mighty music muscles with a big bash honoring all its powerful nominees. The 1970s-themed party looks like one of the hot tickets, with a guest list including Blake Shelton and Gwen Stefani, Gary Clark, Jr., Ashley McBryde, Meek Mill, Yola and many more. Two of Warner’s artists are set to perform, but that part’s a secret; we’re thinking nominees Lizzo and Ed Sheeran might just be the ones.

Equinox and the Morrison Hotel Gallery host a hip-hop celebration on Thursday night that features performances by Grammy nominees Daryl “DMC” McDaniels and Kelis, along with some other special guests.

Lincoln is making a big splash at the Grammy Awards this year as the awards’ official automotive sponsor; this is their special party celebrating that and a bold new musical initiative tied into their audiophile-friendly new Corsair SUV. Lincoln launched a consumer campaign to let people chose their favorite songwriter; now it’s down to four singer/songwriters who will win a recording. Those finalists are set to perform, along with contest judge, NOLA favorite and “The Late Show with Stephen Colbert” bandleader Jon Batiste.

Marking the 30th anniversary of the MusiCares benefit gala in support of music people in need, this year’s big-ticket gala ($1500 to $5000 per seat) includes a show that honors Aerosmith for the band’s charitable initiatives. Expected to perform at the tribute are John Legend, John Mayer, Gary Clark, Jr., Alice Cooper, the Foo Fighters, the Jonas Brothers, H.E.R., Emily King and Yola, with all proceeds going to the Recording Academy’s MusiCares fund.

MasterCard pulls out all the stops to celebrate its new Sonic Brand with a big carnival bash at Fred Segal, featuring their first single “Merry Go Round” and promising musical surprises along the way.

It’s bound to be a hot scene at the GBK-produced One Love Luxury Lounge, where gifting and partying combine into a swirling scene. With offerings that include trips to Nashville, Jamaica and Turks and Caicos just for starters, Grammy nominees like last year’s visitors H.E.R., Opium Moon, Alice in Chains and Ashley McBryde are likely to turn up again. All in all, there’s $25,000 worth of swag stuffed into the famous GBK black body bag for the A-listers who stop in.

Universal Music’s annual artist’s showcase is always an intimate affair that brings new members of the label’s stable onto center stage, as well as presenting some of their more established stars as well. What’s not to like about a luncheon with performers like (in past years) Sam Smith, The Weeknd and Kacey Musgraves?

Australia’s annual gala celebrating everything great about the Land Down Under takes on a serious note this year, as the bushfires that have ravaged much of that beautiful island are still in the forefront. So this year, expect singer-actor Hugh Sheridan to host (and sing, of course) with a focus on fundraising for fire relief, with all donations going to the Australian Bushfire Relief Fund. That’s why pop band Five Seconds to Summer is slated to appear, too, as well as Aussie singers Delta Goodrem and Thelma Plum; and Olivia Newton John, Paul Hogan and John Travolta are expected as well.

Always a star-studded room, the Clive Davis party is the place to see and be seen in the run to Grammy night. After all, this is the guy who signed Janis Joplin, Bruce Springsteen, Aerosmith and Billy Joel back in the day (among many others), so the octogenarian has a lot of very famous friends. And while this bash has grown into a massive ballroom event, it still feels like Clive knows everyone in the room.

This musical salute to Willie Nelson has lots of great Americana tunesmiths expected to join in the fun, including John Prine, Rhiannon Giddens, Calexico and Iron & Wine.

An exclusive performance by The Roots caps off the Citi Sound Vault presence during Grammy week, with a show expected to feature some famous friends along with the band that keeps Jimmy Fallon’s “Tonight Show” in the groove.

Aerosmith singer Steven Tyler’s third annual viewing party is a star-studded fundraiser for his Janie’s Fund charity, which helps girls who have been abused and neglected. That’s why people like Pitbull are performing this time out (at the party that continues after the dinner and show viewing) and the crowd will be full of familiar faces like host Terry Crews, along with Kristin Chenoweth, Gavin DeGraw and event co-chairs Julianne Hough, Sydney Sweeney, Ashley Simpson and Evan Ross. This is one bash that starts early and ends late, a rockstar kinda party.

GRAMMY AWARDS AFTER PARTIES
January 26 after the show ends

All 61 Grammy Best New Artist Winners, From The Beatles to Adele to Milli Vanilli (Photos)