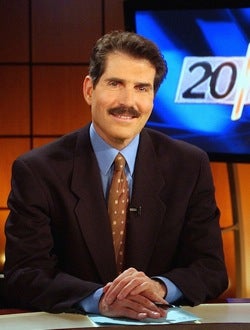 The one-hour FBN prime-time program, “Stossel,” will debut during the fourth quarter of 2009, featuring in-depth reports and discussions surrounding “libertarian issues in the United States and abroad,” Fox said. Topics will include free-market economies, civil liberties, the business of health care, social security, and free trade.
“In my new job,” Stossel wrote on his ABC website blog,, “I want to dig into the meaning of the words ‘liberty’ and ‘limited government.’ ABC enabled me to do some of that, but Fox offers me more airtime and a new challenge.”
Stossel will also make regular daytime and primetime appearances on Fox News, as well as host and produce a series of one-hour specials for the news network. In addition, his blog “Stossel’s Take,” will be published on both foxbusiness.com and foxnews.com.
In making the announcement Magee said, “John Stossel is one of the most talented and thought-provoking journalists in the field and we are extremely excited to welcome him to the FOX Business team. His insights on consumer-related issues are unparalleled and will be a natural complement to our business programming."
x
Looks like you're enjoying reading