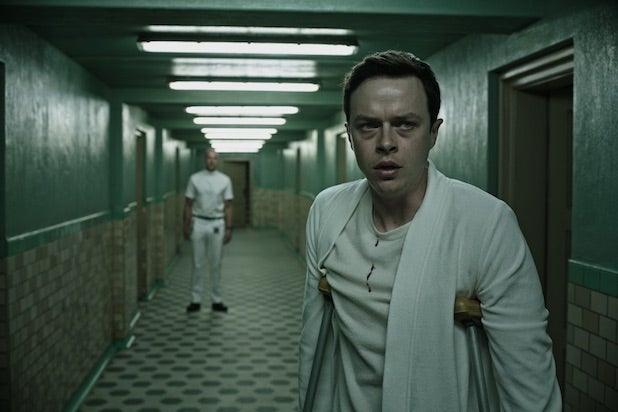 20th Century Fox film has issued an apology for a marketing stunt in which the studio generated “fake news” content that included mention of President Donald Trump and Vladimir Putin.

“In raising awareness for our films, we do our best to push the boundaries of traditional marketing in order to creatively express our message to consumers. In this case, we got it wrong,”  a spokesperson for Fox said in regards to their upcoming film “A Cure for Wellness.”

“The digital campaign was inappropriate on every level, especially given the trust we work to build every day with our consumers. We have reviewed our internal approval process and made appropriate changes to ensure that every part of a campaign is elevated to and vetted by management in order to avoid this type of mistake in the future. We sincerely apologize,” the statement concluded.

“Wellness” is set in a mysterious spa in the Alps and follows a young businessman who goes there to find his company’s CEO, but soon discovers that the spa doesn’t deliver what is advertises. The film stars Dane DeHaan, Jason Isaacs and Mia Goth. It’s co-financed at Fox with partner New Regency.

According to media reports, the campaign used five fake local news sites to promote the film directed by Gore Verbinski. While inserting references to the film into hoax stories, the fake news sites also hosted ads for the film and promoted a fake water brand linked to the film.

One such story was posted by Houston Leader, Sacramento Dispatch and Salt Lake City Guardian — they all reported that Trump was spotted at a Swiss wellness resort with Putin in June 2016, several months before Trump was elected as the new president.

The story, which can no longer be found on the website that now reroutes to acureforwellness.com, was dubbed as fake by Snopes.com. Another fake news story said Trump would be implementing a temporary ban on vaccinations. These fake stories were, ultimately, picked up by real news outlets that prompted huge engagement.

“A Cure for Wellness” opens nationwide on Friday.