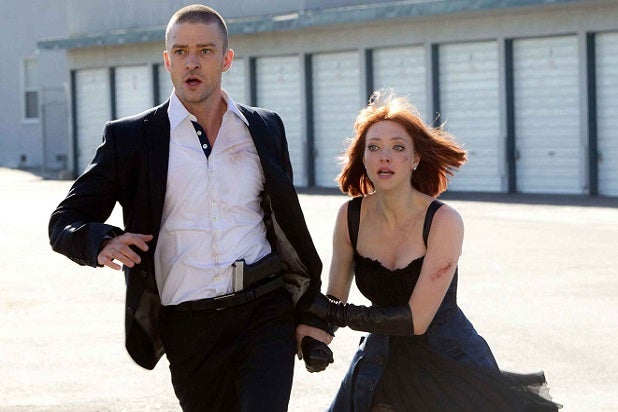 The 2011 Justin Timberlake film “In Time” has become the subject of a lawsuit, filed by a man who claims that the idea for the film was stolen from him.

In his suit, filed in Los Angeles Superior Court against Twentieth Century Fox Fim Corporation, New Regency Productions and Regency Enterprises on Monday, Odysseus Lappas claims that, in 1996, he wrote a synopsis, subsequently registered with the Writer’s Guild of America, for “an action-adventure love story about a man and a womn who live in a future world wherin the human life span had changed and people would die after reaching their 25th birthday.”

Lappas claims that he met with a reader for 20th Century Fox, eventually giving him the synopsis, and was offered $80,000 for the rights of this synopsis. Lappas claims that he refused, saying he wanted to write and/or produce the synopsis, but that the parties entered an “implied-in-fact contract” saying he would be compensated if his synopsis was used.

Lappas’ complaint claims that “In Time” was “uncannily similar to the Time Card Synopsis which Plaintiff had submitted to Defendants, including 20th Century Fox. In fact, the similarities are striking.”

“Plaintiff is informed, and believes, and on that basis alleges that ‘In Time’ includes nearly every creative element of the Time Card Synopsis as well as many of Plaintiff’s ideas discussed during the Conference,” Lappas’ suit reads.

Alleging breach of implied-in-fact contract, slander of title and other allegations, Lappas’ suit claims that he’s been damaged in an amount “in excess of” $4.5 million.

A spokesman for 20th Century Fox has not yet responded to TheWrap’s request for comment.