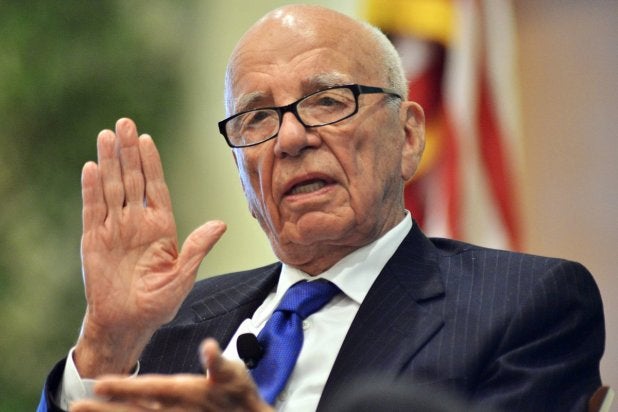 Both reported financial metrics grew from the comparable quarter one year ago.

He continued: “I am also very proud of the creative successes that we have achieved at Twentieth Century Fox, which set a global box-office record in 2014 and leads the industry with 24 Academy Award nominations, including Best Picture nominations for ‘Birdman’ and ‘The Grand Budapest Hotel,’ as well as at our television production studios, which have produced the Emmy and Golden Globe winning ‘Fargo,’ the critically acclaimed ‘American Horror Story’ and the promising new series ‘Empire.'”

“In addition to the operational success achieved this past quarter, we also executed two significant strategic transactions, the combination of our European satellite television holdings, creating Europe’s leading pay television business, and the formation of the Endemol Shine Group joint venture,” Murdoch concluded. “These transactions further enhance our ability to drive long-term value for all of our shareholders.”

Filmed Entertainment also grew thanks to the international box office takes of “Gone Girl” and “The Maze Runner.”

The Television segment revenue dipped a bit from the same quarter last year, which was attributed to lower TV ratings at Fox’s broadcast channel.

On Tuesday, the Department of Justice announced that it would not prosecute 21st Century Fox and sister company News Corp in the hacking of voicemail accounts and the bribing of public British officials.

The two Murdoch-controlled entities were accused in 2011 of committing the infractions to obtain access to private information and break exclusive news stories. Since the scandal originally broke, News Corp and 21st Century Fox have been divided into two separate companies and Murdoch has shuttered the famous U.K. newspaper News of the World, which had been in print for over 160 years.

News Corp will report its earnings on Thursday.