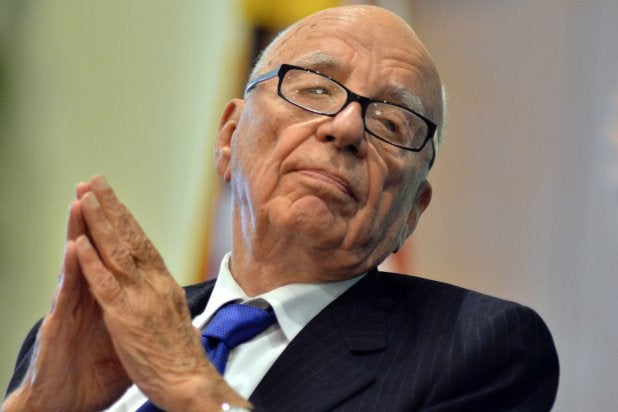 Neither 21st Century Fox nor its sister company News Corp will be prosecuted by the U.S. Department of Justice, which has finally completed its highly publicized investigation into the hacking of voicemail accounts and the bribing of public British officials.

“21st Century Fox and News Corp have been notified by the United States Department of Justice that it has completed its investigation of voicemail interception and payments to public officials in London, and is declining to prosecute either company,” Gerson Zweifach, General Counsel of News Corp, and Senior Executive Vice President and Group General Counsel, Chief Compliance Officer of 21st Century Fox, said in a joint statement from both companies.

The two Rupert Murdoch-controlled entities were accused in 2011 of committing the infractions to obtain access to private information and break exclusive news stories. Since the scandal originally broke, News Corp and 21st Century Fox have been divided into two separate companies and Murdoch has shuttered the famous U.K. newspaper News of the World, which had been in print for over 160 years.

“We are grateful that this matter has been concluded and acknowledge the fairness and professionalism of the Department of Justice throughout this,” the statement continued.

UPDATE, 3:15 PT: The DOJ confirmed it had concluded its investigation into News Corp, but also reserved the right to later reopen it:

“Based upon the information known to the Justice Department at this time, it has closed its investigation into News Corp. regarding possible violations of the Foreign Corrupt Practices Act concerning bribes allegedly paid for news leads. If additional information or evidence should be made available in the future, the Department reserves the right to reopen the inquiry,” a DOJ spokesperson said in a statement.