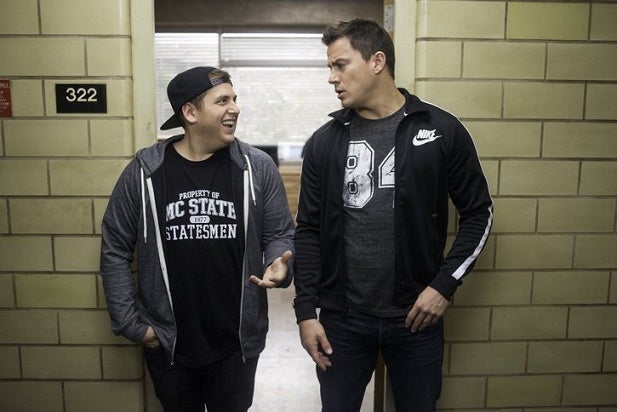 Sony’s “22 Jump Street” opened at No. 1 in the United Kingdom in its international debut this weekend.

The R-rated comedy starring Channing Tatum and Jonah Hill brought in a strong $8.1 million in the U.K., ahead of its debut in North America on Friday.

The U.K. figure was three times bigger than the opening of “21 Jump Street,” 50 percent bigger than that of “Neighbors” and 66 percent ahead of “Anchorman 2,” according to Sony.

“22 Jump Street,” a co-production of Columbia Pictures and Metro-Goldwyn-Mayer Pictures, also opened at No. 1 in the Netherlands with $735,000, 36 percent ahead of the original film.