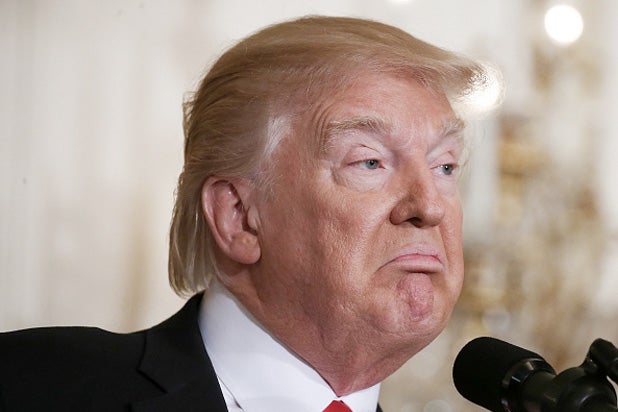 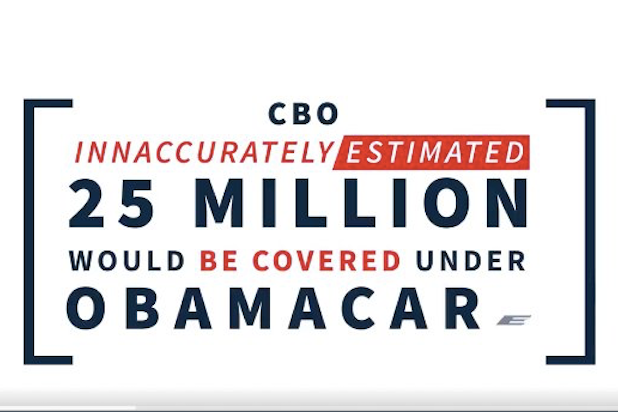 White House/Twitter
"Innaccurately" Oh, the irony! The White House tried to call out the Congressional Budget Office for inaccuracy but inaccurately spelled the word "innaccurately." 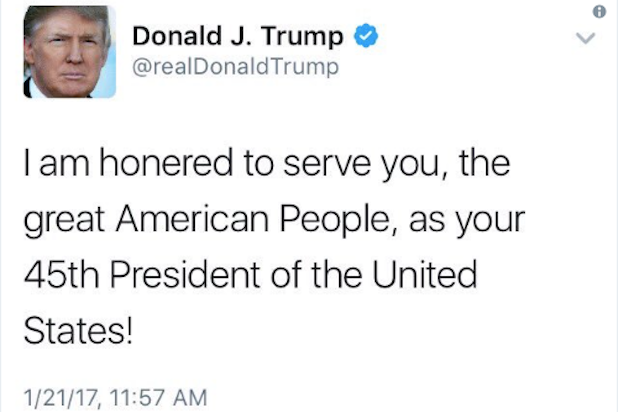 Twitter
"Honered" Before "covfefe," there was "honered." Of course, newly-inaugurated Trump meant to tweet that he was "honored," but that's not what happened. 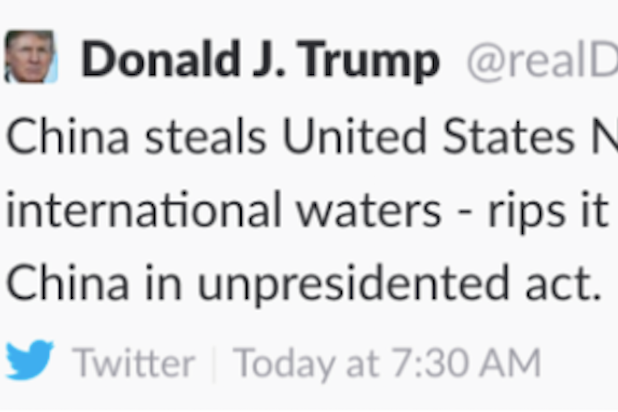 Twitter
"Unpresidented" According to Huffington Post, Trump Twitter-slammed China for seizing a U.S. underwater drone in December 2016. He also made up a word in the process. By “unpresidented,” we can assume he meant “unprecedented.” 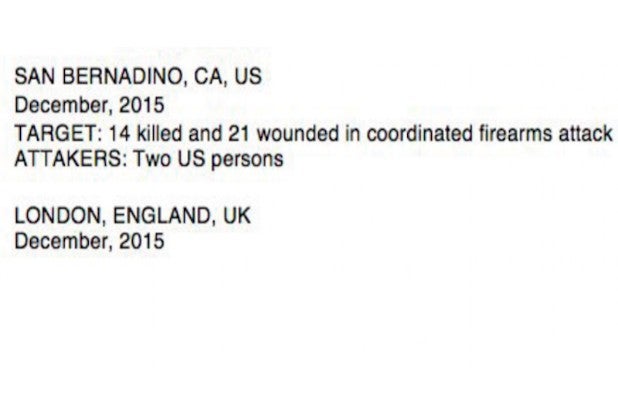 White House/Twitter
"San Bernadino" The White House got a few things wrong with this list of “unreported” terror attacks. First, many of the incidents actually had been reported. Second, “San Bernardino” was spelled incorrectly. 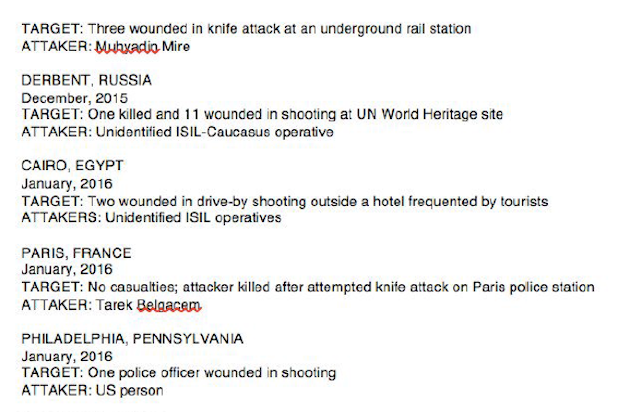 White House/Twitter
"Attaker" In the same report, the WH managed to misspell “attacker” 23 times in a row. That has to be some sort of record. 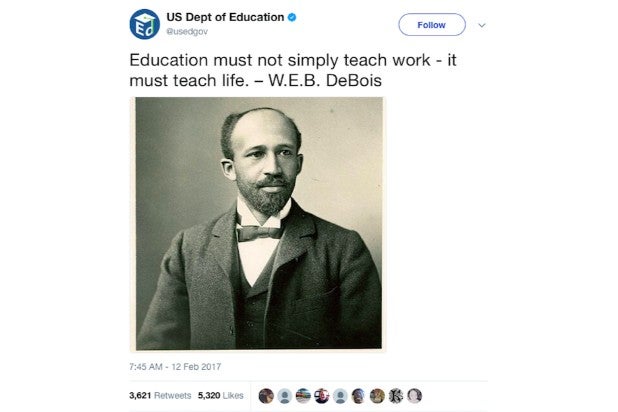 Twitter
"W.E.B. DeBois" The U.S. Department of Education (DOE) botched the name of legendary civil rights activist, W.E.B. DuBois. It’s DU Bois, as in “DU” they realize the epic mistake they made? 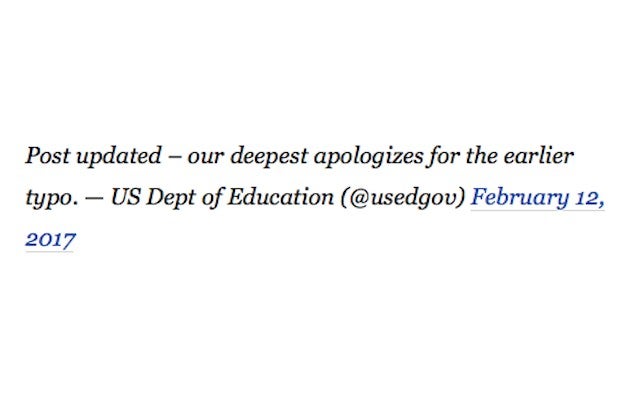 Twitter/The Washington Post
"Deepest apologizes" Apparently, the DOE did catch the gaffe and subsequently tweeted out an apology… sort of. 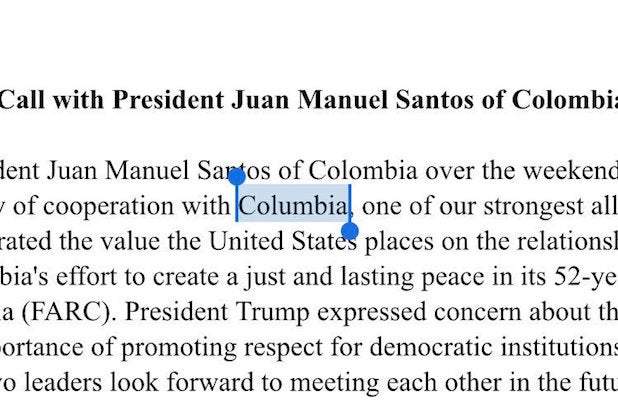 White House/Twitter
"Columbia" This is a common spelling error that also tripped up Steve Harvey in the past. For the record, when referring to the country, the correct spelling is "Colombia." 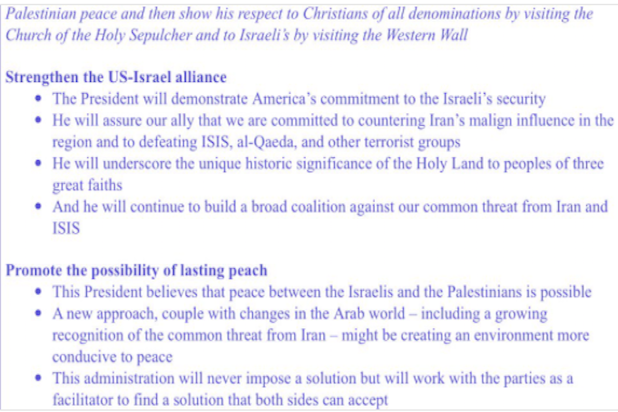 White House/Twitter
“Couple with changes” Another typo from the same press release. This time, someone left off the “d” in the word “coupled.” Hence, we have “A new approach, couple with changes.” 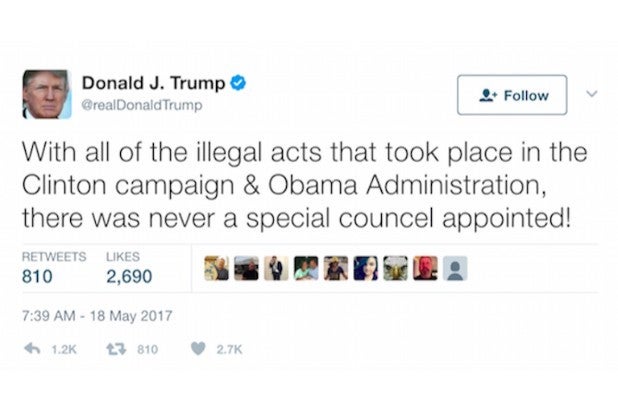 Twitter/The Hill
"Councel" After Trump tweeted this misspelling on May 18, Merriam-Webster reported that "councel" was their most-searched word of that day. 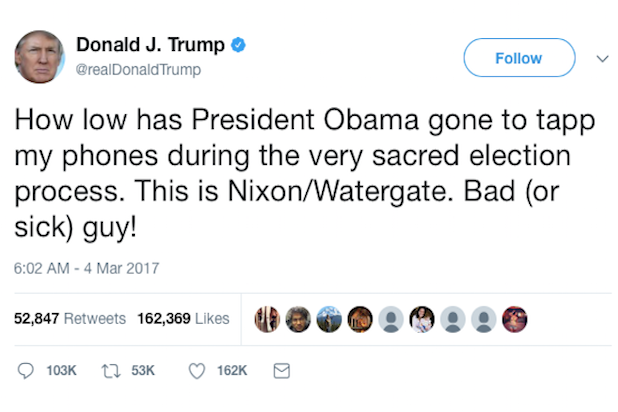 Twitter
"Tapp" President Obama did not "tapp" Trump's phone at any time during his two terms in office, because there is no such word as "tapp" in the English language. 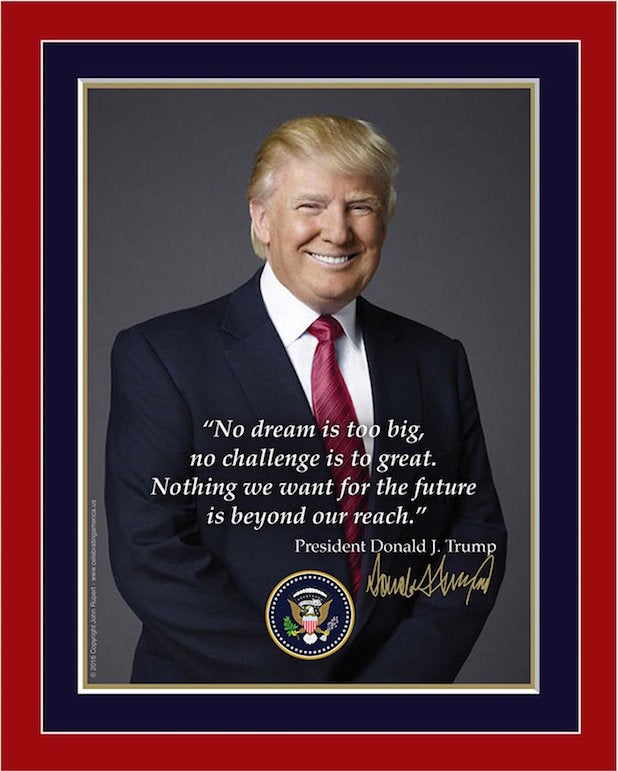 Library of Congress
Too vs. To This was not a tweet. This was Donald Trump's official inauguration portrait... with an egregious typo printed front and center. 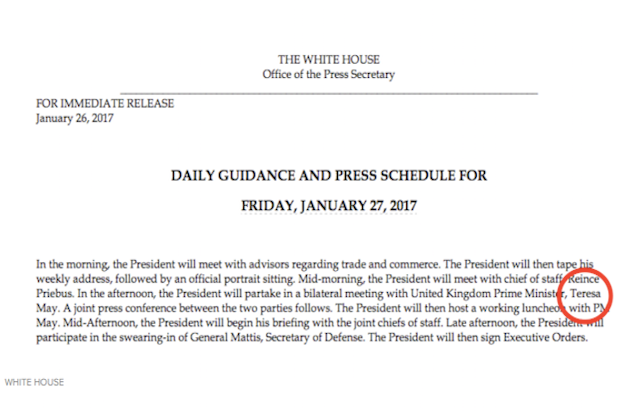 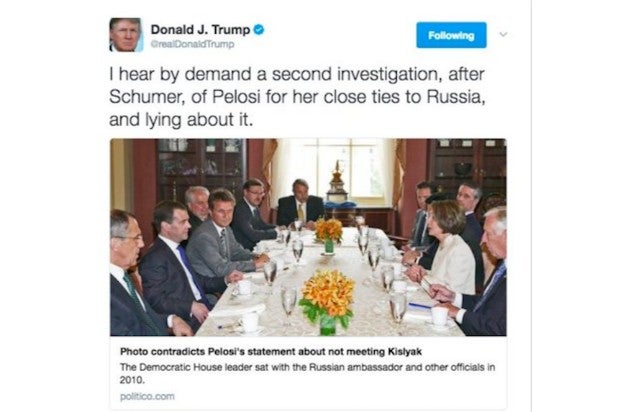 Twitter/Pro Publica
"Hear by" He should have typed "hereby." Of course, POTUS received a lot of flack for this one, among his many other botched spellings. 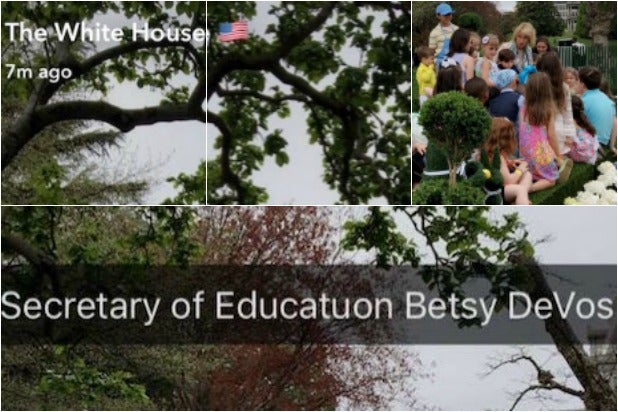 White House/Snap
"Educatuon" Failure took the form of a White House Snapchat on April 17. There's no excuse for this one. 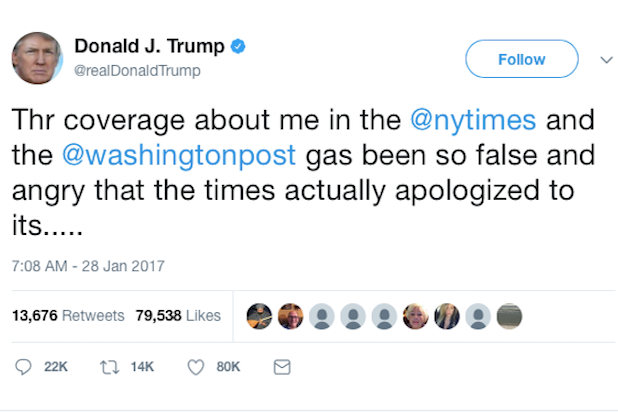 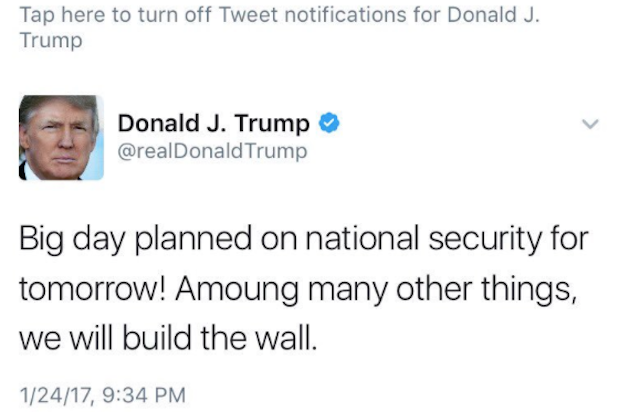 Twitter
"Amoung" "Amoung," many other things, he will also not use spellcheck. 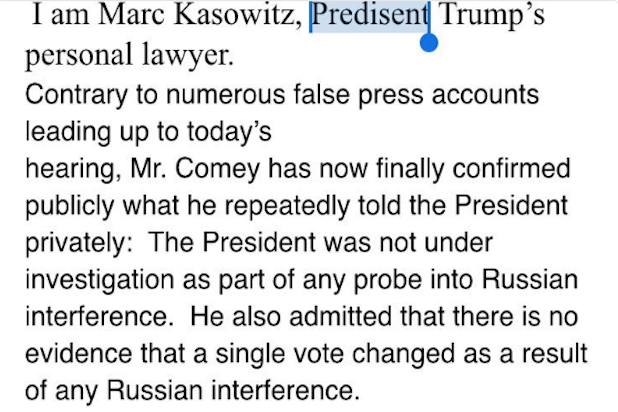 White House/Twitter
"Predisent" This was a statement made by Trump's lawyer, Marc Kasowitz, in an official White House document. 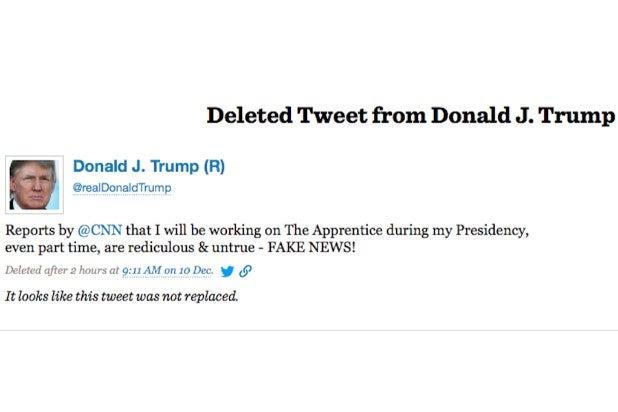 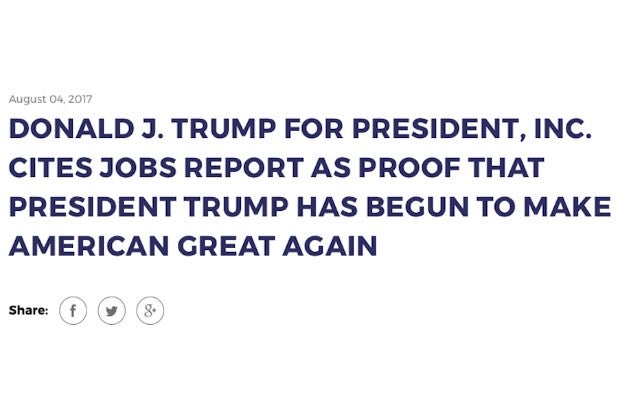 donaldjtrump.com
"Make American Great Again" On August 4, Trump (or more likely one of his editors) botched his own campaign slogan. Is nothing sacred?!

Urban Dictionary
If you thought those word gaffes were bad, check out this list of celebrity gibberish terms, including Trump's infamous "covfefe."   Also Read: 7 Gibberish Words That Have Outlived ‘Covfefe’ (Photos) 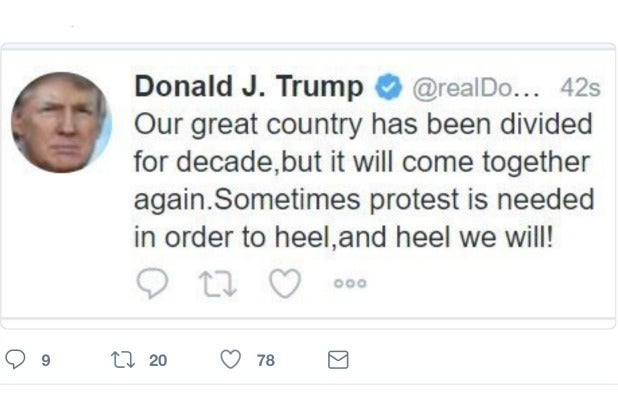 Twitter
As Merriam-Webster so nicely put it, "heal (to become healthy again) heel (a contemptible person)."
x
Looks like you're enjoying reading